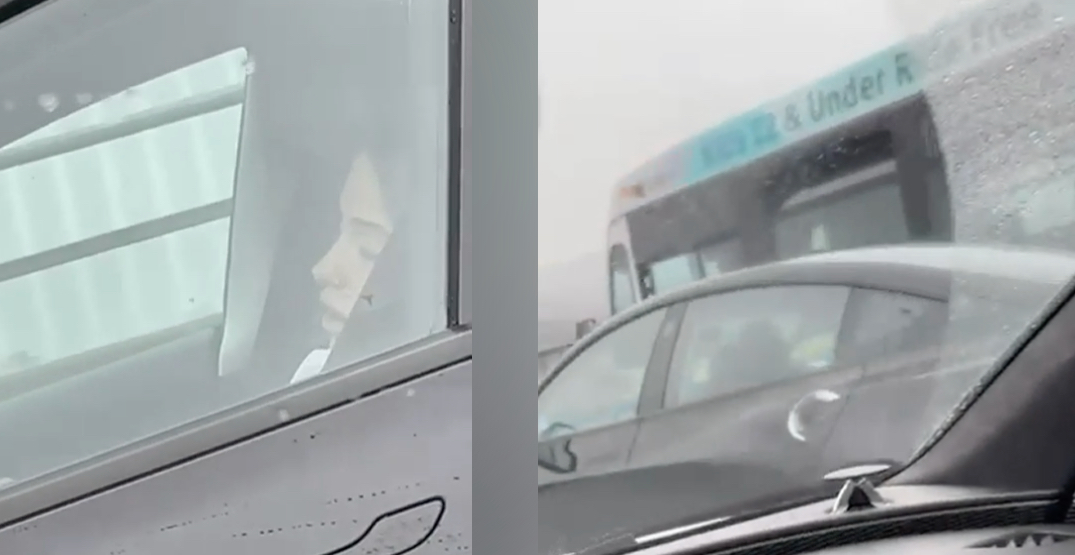 A driver in Metro Vancouver appears to have been caught dozing behind the wheel of their Tesla.

Instagram user @barneee750 submitted a video to Daily Hive they took on Thursday, October 14 around 3:45 pm. According to them, the vehicle was going northbound on the Iron Workers Memorial Bridge in North Vancouver.

“It was shocking at first. I had to look a couple times to make sure their eyes were actually closed,” said the Instagram user who submitted the video.

“I started videoing just in case something happened. I considered maybe they were having a medical incident but I remembered Teslas have safety features in place that will stop the car if the driver loses consciousness. In order for her to be out and the car still driving, they must have done something to override that system,” they said.

The video shows the driver of the vehicle with the seat far back from the wheel. Their eyes are closed and appear to flutter as they relax in the vehicle. At one point, a TransLink bus is visible in the lane next to the Tesla.

The bridge is a heavily trafficked commuter route connecting the North Shore to Burnaby and Vancouver.

Daily Hive has reached out to Tesla and North Vancouver RCMP and will update this story.