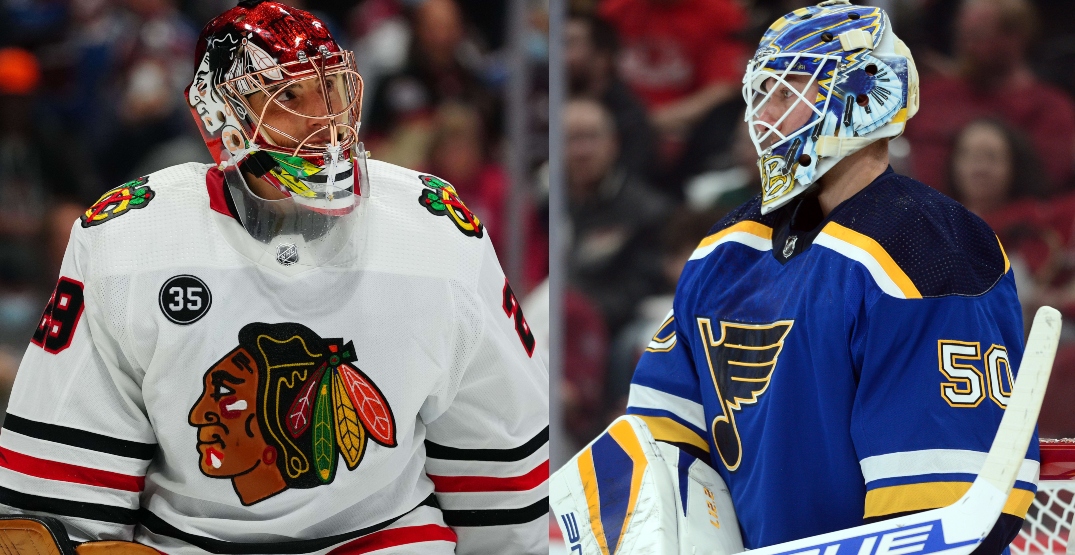 The crease belongs to Carey Price. With an asterisk.

Team Canada general manager Doug Armstrong told CBC Sports’ Rob Pizzo that Price was “pencilled in” as the starter at the 2022 Beijing Olympics.

Price, 34, recently returned to the Montreal Canadiens after a month-long absence while in the NHL’s players assistance program for substance-abuse treatment.

He has yet to practice with the team and hasn’t appeared in a game since the Stanley Cup Final in July, but is “doing better,” according to Montreal coach Dominique Ducharme.

“And now there’s things that are so much more important than playing hockey, and he’s going through some of those things right now, and if he gets his game up and wants to come and he’s playing to that level, he’ll be the guy again,” Armstrong told Pizzo on Monday.

If Price, who backstopped Canada to gold at the 2014 Sochi Olympics and the 2016 World Cup of Hockey, isn’t able to go, the country isn’t short on options.

But none has the pedigree of Price — at least not yet. And there isn’t a clear frontrunner.

Here’s who could take up the crease should Canada’s de facto starter not be ready to roll into Beijing.

Marc-Andre Fleury is the reigning Vezina Trophy winner as the NHL’s top goaltender and third on the all-time wins list, but his tenure with Chicago hasn’t been nearly as kind as his time with the Vegas Golden Knights. Fleury, one season removed from a 1.98 goals-against average and .928 save percentage, has a bloated 3.05 goals-against average and .911 save percentage.

He does have Olympic experience, but is not game-tested on the stage. He played third-string to Roberto Luongo and Martin Brodeur at the 2010 Vancouver Olympics. The odds of a trip to Beijing are in his favour, despite the rocky start in Chicago.

Carter Hart, who leads all Canadian-born goalies this season with an impressive 12.1 goals saved above expected, per MoneyPuck.com, boasts an impressive 2.25 goals-against average and .932 save percentage with one shutout.

The youngest player on the list at 23, Hart has some high-pressure international experience. He’s backstopped Canada at the World Juniors twice — winning gold in 2018 and silver in 2017. He’s also got gold from the Hlinka Gretzky Cup in 2015. He also served as a backup to Matt Murray at the 2019 IIHF Men’s World Championship. Many have him pegged as the future of Canada’s goaltending, making him a tough option to leave out.

Jordan Binnington’s history logs two championships — an Ontario Hockey League title with the Owen Sound Attack in 2011-12 and, more recently and relevant, a Stanley Cup Championship with Armstrong’s St. Louis Blues in 2018-19. Binnington’s season has been average at best with a 2.85 goals-against average and .915 save percentage. In fact, he hasn’t come close to topping his NHL career-highs of 2.08 and .927 in that championship year.

And while Canada’s GM is more than familiar with him, Hockey Canada isn’t. Binnington has represented Canada on the international stage just once — a rough two-game showing at the 2013 World Junior Championship with no medal. Still, he has someone in his corner.

Mackenzie Blackwood, whose vaccination status made him a question coming into the season (he announced in late October he had his first shot), is off to an impressive start with New Jersey. Despite a 3.03 goals-against average, Blackwood has a .922 save percentage — sixth among Canadian-born starters. He’s allowed 16 goals in six starts, but has 4.0 goals saved above expected and a .952 save percentage on unblocked shots.

Blackwood, like Hart, was on Canada’s entry at the 2019 World Championship and participated at the 2016 World Juniors. The question will be whether there’s enough of a body of work for Blackwood to prove his worth with him sharing the crease in New Jersey with Jonathan Bernier.

Tristan Jarry might enter as the dark horse after an impressive start to the season. Only two Canadian-born full-time starters have a higher mark than his .927 save percentage, and a sparkling 2.09 goals-against average is bested only by James Reimer of the San Jose Sharks and spot-starter Stuart Skinner of the Edmonton Oilers — neither of which is expected to garner Olympic consideration.

He’s only represented Canada internationally at the U17 level, but only Hart has better underlying numbers among potential candidates.

Darcy Kuemper’s start in Colorado has been okay. His numbers, a 2.59 goals-against average and .915 save percentage, put him in the middle of the pack amongst starting goaltenders in the NHL. His advanced metrics suggest he’s performing right where it’s expected, too.

It’s his recent action with Hockey Canada that could garner him a sniff at the Olympic team. Kuemper backstopped Canada to gold at the 2021 World Championship, posting a 2.17 goals-against average along the way. His 2018 tournament wasn’t as fortunate, but the history is there internationally — which could go a long way.