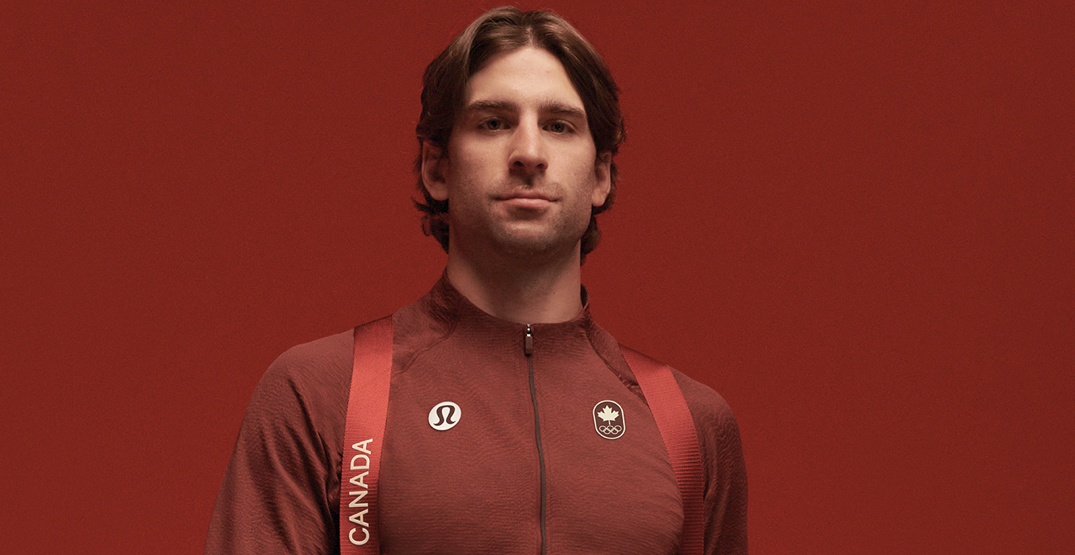 From the studio straight into the group chat.

Toronto Maple Leafs captain John Tavares certainly heard from teammates when he was one of several models to help reveal Lululemon’s fits for the Canadian Olympic team’s 2022 opening and closing ceremonies.

“Some good ribbings in the room on that one,” Tavares told media Wednesday. “I just got asked, being a former Olympian, and then hopefully having a chance this time around. It’s not my forte, I would say. Keep my day job, that’s for sure.

“We always have fun with that kind of stuff within the locker room and amongst ourselves.”

John Tavares on modeling for the @lululemon Olympic collection: pic.twitter.com/Pvu57FU7s9

Sounds like Tavares has been on the receiving end of a punchline since.

“Pretty funny looking coat there, but it looked okay on him,” Maple Leafs forward Nick Ritchie said. “Definitely was in the team group [chat]. We were laughing pretty hard.”

Lululemon is Canada’s official outfitter for the next four Olympics, taking over from The Hudson’s Bay Company.

The clothing company asked Tavares, a former Olympian, to participate in the shoot.

“We gave him the gears a little bit for it,” Toronto teammate Wayne Simmonds said. “There were pictures all over the team chat, so it’s pretty hilarious. But he looked good. He looked good.

“Little bit different style for Johnny but he rocked it well. You can tell he’s doing the modelling for it. He’s playing great right now so he should have a great shot at making that team, I think.”

Learn more about what it means to ✨Feel Canada✨ and the innovative design elements behind the Team Canada Beijing 2022 collection from the team at @lululemon ➡️ https://t.co/zGlNGCP61s pic.twitter.com/P3gQLYgf4q

Tavares, who has eight goals and 15 points in 16 games this season, won gold for Canada at the 2014 Sochi Olympics, but sustained a season-ending knee injury during the Olympic quarterfinals.

“It’s such a rare opportunity, such a unique opportunity,” Tavares said. “It was amazing in Sochi. Obviously from a personal standpoint, it didn’t end great.

“I would love another opportunity.”

very excited to announce I have just made the most needlessly dramatic gif of john tavares to ever grace this bird app. BEHOLD: pic.twitter.com/aOEDjljwxs