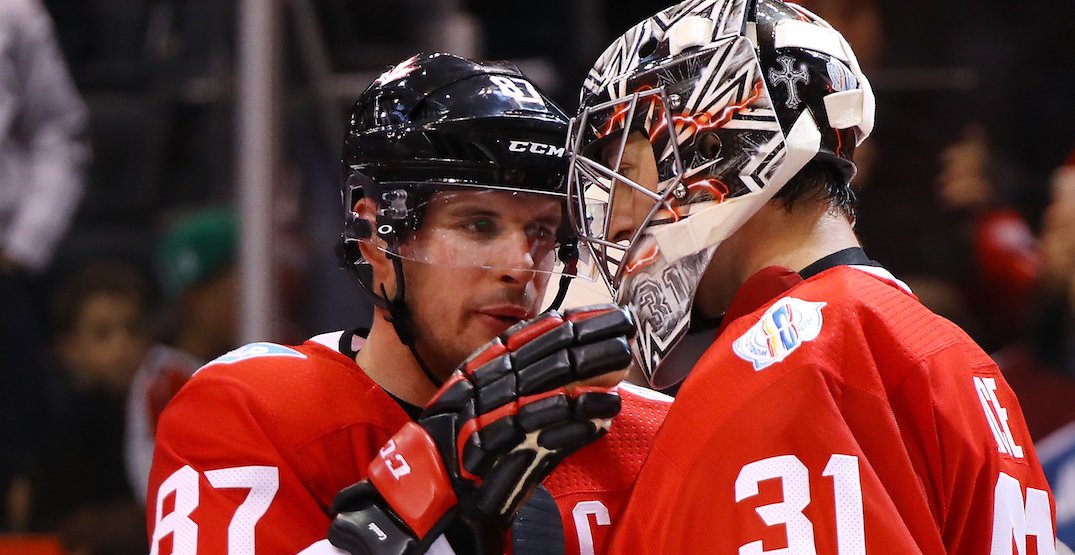 Getting a chance to represent Canada at a best-on-best tournament is one of the highest honours a hockey player can get.

It’s an honour that’s been increasingly rare for hockey players, however.

The NHL opted out of the 2018 Winter Olympics and chose to mess with international teams at the 2016 World Cup of Hockey. As such, some of our country’s best players have never put on the Maple Leaf at a best-on-best tournament before. Connor McDavid has never done it. Neither has Nathan MacKinnon.

NHL players will finally get the chance to play on the global stage in February, the league confirmed today.

Expect a lot of changes from Canada’s 2016 World Cup team, as well as the roster that represented Canada at the 2014 Olympics.

Canada was absolutely dominant at the last two best-on-best tournaments, in large part because they loaded up on great two-way players; plus, they had Carey Price in his prime between the pipes. They didn’t lose a single game at either tournament, outscoring their opponents 17-3 in 2014 and 24-8 in 2016.

Let’s see if we can replicate that kind of dominance with this projected roster.

The pool of Canadian forwards Canada has to choose from is the best in the world, with an embarrassment of riches on each line, and at each position. Patrice Bergeron, Mark Stone, Ryan O’Reilly, Brad Marchand, and Mitch Marner all finished in the top 10 in Selke Trophy voting last season, giving Canada defensive responsibility throughout their lineup.

The top line of Connor McDavid, Nathan MacKinnon, and Brayden Point might be the fastest line ever assembled. The line of Sidney Crosby, Patrice Bergeron, and Brad Marchand — which was dominant in 2016 — remains intact for this tournament.

There will be a changing of the guard on defence for Canada, as many of our country’s most famous blueliners are getting up in age. Players like Shea Weber, Duncan Keith, and Brent Burns are no longer picks for Team Canada. We’ve chosen Drew Doughty and Alex Pietrangelo, who will each turn 32 by February, and they’re the greybeards on this squad.

We’ve kept players on their natural side, and the right side is deeper for Canada. That will give opportunities you might not expect for some left-side blueliners.

There isn’t a changing of the guard in goal, as Carey Price is still Canada’s No. 1 goalie. Marc-Andre Fleury, as the reigning Vezina Trophy winner, could give Price a run for the starting job.