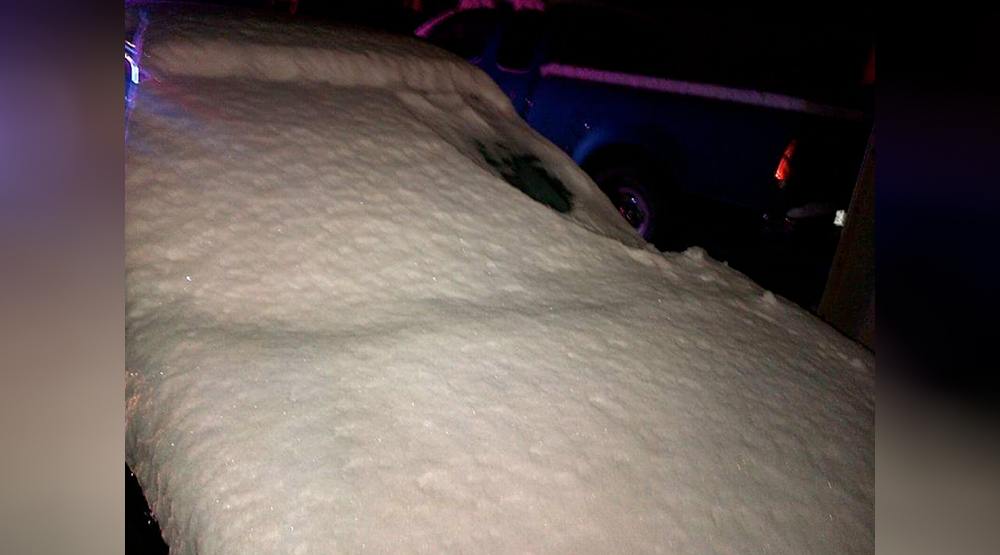 Police in Surrey said they had to pull over a driver who decided to drive on the road while the vehicle’s windshield was still covered with a thick layer of snow.

A tweet by the Surrey RCMP this morning consisted of a photo of a car that had not been cleared of snow, except for a very small porthole-like patch on the driver’s side that clearly wasn’t sufficient for safe driving. The tweet by police read: “Do you think this snow clearing is sufficient? One driver did. Couldn’t understand why he got pulled over.”

Of course, this lazy behaviour was also irresponsible. And it appears that the driver was pulled over while it was still dark, when road conditions can be more hazardous.

Do you think this snow clearing is sufficient? One driver did. Couldn’t understand why he got pulled over. #can’tmakeitup pic.twitter.com/WsfEFrhnsH

This adds to the growing list of weird and crazy things that residents in Metro Vancouver have been doing during this long stretch of cold and snowy weather: pouring hot water onto ice to ‘make it melt’, waiting in long lines for hours at fire stations for free salt, using a hammer and axe to remove snow from a sidewalk, and selling salt for as much as $80 a bucket on Craigslist.