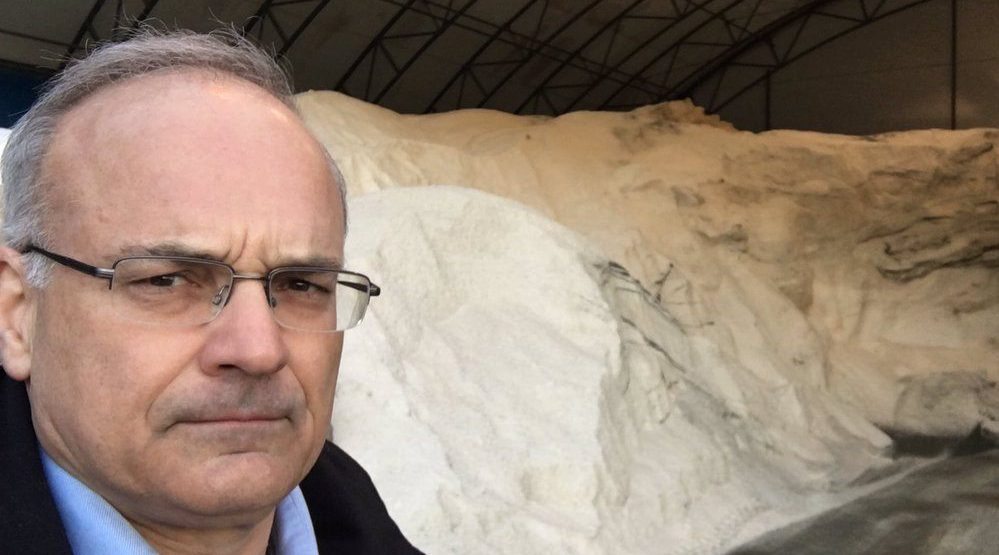 As Vancouver seemed to lose its collective mind over the absence of available salt on Wednesday, the Mayor of Coquitlam at least saw the funny side of it – especially when officials at the City of Vancouver made a request for access to his municipality’s stockpile.

The tweet by Coquitlam Mayor Richard Stewart read: “Guarding Coquitlam’s stockpile of road salt, after Vancouvercalled looking for some.”

‘SaltGate’, as we’re now honour-bound to call it, started on Wednesday morning when hordes of people lined up near fire stations to get their hands on the City’s scant supply of salt, only to find the essential item used for combatting the icy weather had disappeared in minutes.

One station reported a man in a pickup making a late night raid on the City’s supplies, and at least one Vancouver resident took to Craigslist to sell their free salt for $80 a bucket. So it’s perhaps no surprise that Stewart is keeping a close eye on his city’s supply.

Municipal officials at the City of Vancouver are facing growing pressure and public criticism over inadequate and slow efforts to de-ice the streets across the city. Snowstorms over the past month have brought city traffic and public transit buses to a temporary halt due to a lack of salting and ploughing.

Even if salt is mixed with sand to provide vehicles with better traction, the city’s supplies could still be limited with its expanded ice-clearing mandate and continued forecast for more snow and cold weather. Vancouver typically uses 1,000 tonnes of salt each winter season, but this year it has already used 7,000 tonnes.

Forecasts currently call for more snowfall beginning Thursday night through Saturday, with temperatures hovering at around the freezing point for at least another week.

The City is promising more free salt at 10 fire stations on Thursday morning for residents to take.