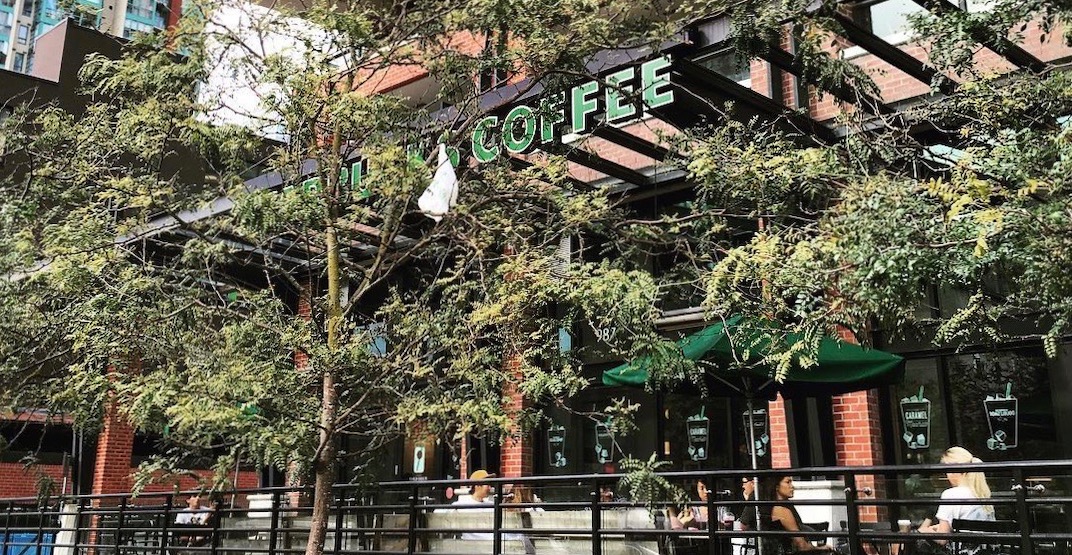 It’s official. The Vancouver Starbucks that Ariana Grande made famous is closing today.

Employees at the coffee chain’s 977 Mainland Street location confirmed to Daily Hive that its last day of operation would be Friday, October 25, when the shop will close at 5 pm.

Known for its location in Yaletown Park and its wide selection of tables, indoor and outdoor, this Starbucks’ spacious heated outdoor space was a popular place to sit down and soak up some sun during a meeting in the warmer months, or hang out with your dog.

Starbucks currently operates another location at 1195 Mainland Street, just a few blocks away from the soon-to-be-closed coffee shop, so if you’re in need of your daily cup of Joe you can head there.

There’s no word yet on what’s replacing the soon-to-be shuttered coffee shop location.

This isn’t the first notable Canadian Starbucks location that’s called it quits lately, one of Calgary’s first-ever locations closed in October and Toronto saw the closure of Cabbagetown’s only Starbucks in April as well.

When asked for a comment on these locations, the Starbucks Canada team told Daily Hive opening and closing new stores every year is “just part of doing business.”

Their rep added that in Vancouver alone, the company has opened three stores in the last six months, and another five are slated to open in 2020.