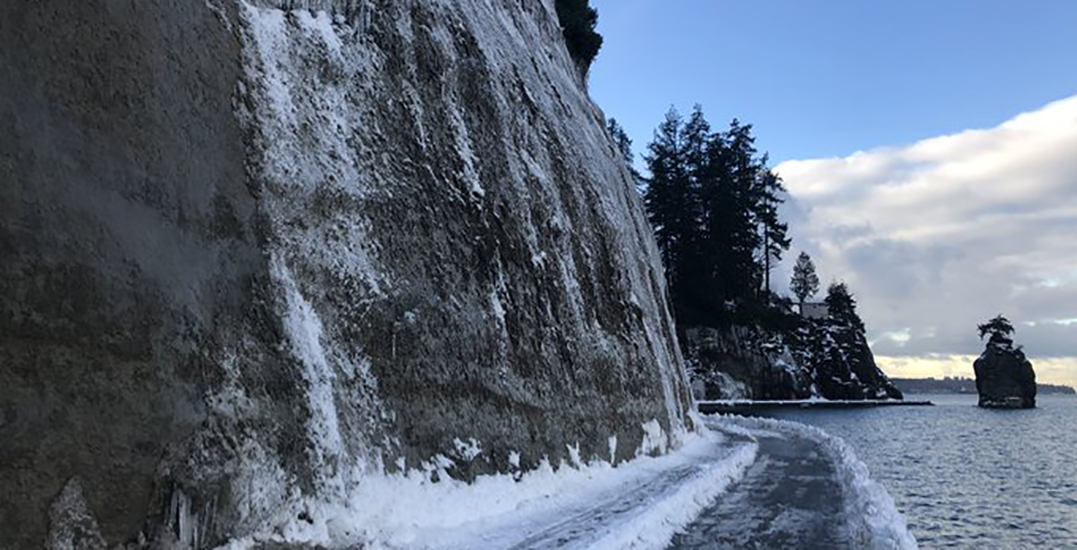 The Stanley Park seawall is the latest victim of winter weather this Thursday, as the Vancouver Park Board has announced a partial closure.

According to the Park Board’s Twitter page, the seawall has been closed between the Lions Gate Bridge and Siwash Rock due to falling ice.

We have closed the #StanleyPark seawall between the Lions Gate Bridge and Siwash Rock due to falling ice. The rest of the seawall remains open. #Vancouver pic.twitter.com/eA5syApvKx

With snow slowly starting to melt and a partial closure in effect, perhaps today’s not the best time to try skiing the seawall.

The rest of the area will remain open during this time.