Conceptual depiction of a SkyTrain station. (SkyTrain For Surrey)

In the midst of the federal election campaign, the Newton Business Improvement Association (NBIA) is advocating levels of government to bring fixed-rail rapid transit to Surrey’s neighbourhood of Newton.

They are calling for rail-based rapid transit down the King George Boulevard from Surrey City Centre to Newton.

“I am convinced that fixed rapid rail will be the catalyst to revitalization and will transform Newton into a connected, and livable community, making the Newton Town Centre more vibrant, accessible, and competitive,” said Philip Aguirre, the executive director of the NBIA.

“Surrey’s most populous town centre will ignite investment and transform Newton into a hub of cultural and economic growth.”

NBIA believes the recently completed Newton-King George Boulevard Land Use Plan and the Newton Town Centre Plan would catalyze the type of urban and economic development needed to support a rapid transit connection.

With Newton becoming the southernmost terminus of rail rapid transit, it would become a regional transit hub for further rapid transit connections to South Surrey, Cloverdale, and Scottsdale, states the NBIA. 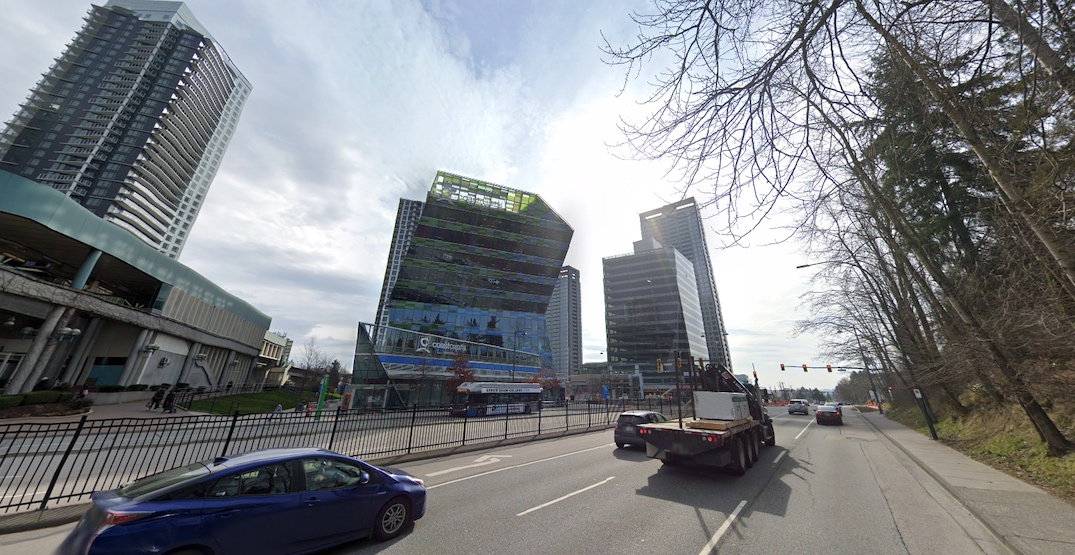 Under TransLink’s Mayors’ Council’s 10-year Plan, the region has committed to building 27 km of rapid transit in the South of Fraser communities. About 11 km was originally slated to be accomplished through the construction of the $1.65-billion Surrey-Newton Guildford light rail transit (SNG LRT), a street-level train system running along 104 Avenue from Guildford Town Centre to Surrey Central Station, and along King George Boulevard from Surrey Central Station to 72 Avenue in Newton Town Centre.

But the SNG LRT was cancelled by the City of Surrey and the Mayors’ Council in late 2018, shortly after the civic election resulting in a change in political leadership, in response to overwhelming public opposition to street-level LRT in favour of fully-grade separated SkyTrain technology.

The focus has since turned to building the 16-km-long Surrey-Langley SkyTrain extension of the Expo Line along Fraser Highway from King George Station to Langley Centre. The project is now expected to cost $3.95 billion, with the federal and provincial governments committing funding. The provincial government recently took over jurisdiction of project planning and execution from TransLink as a measure to build the extension as a single phase to Langley.

TransLink’s “refresh” of the Mayors’ Council’s transit plan following the cancellation of SNG LRT and the advancement of Surrey-Langley SkyTrain highlights the need for enhanced rapid transit along King George Boulevard, which would be achieved by building the remaining 11 km of rapid transit outlined in the Mayors’ Council Plan for the South of Fraser.

In 2019, based on a highly preliminary analysis, the public transit authority presented three potential options for improving rapid transit along the Newton-Guildford corridor.

One option examined extending existing SkyTrain infrastructure from Surrey City Centre along King George Boulevard to Newton Town Centre at an estimated cost of about $1.4 billion, not adjusted for inflation. This option does not include an additional $300 million for bus rapid transit (BRT) along 104 Avenue between Surrey Central Station and Guildford Town Centre, which TransLink deems is a corridor that does not warrant SkyTrain.

The SkyTrain and BRT combination would attract a total daily ridership of between 55,000 and 60,000 by 2050 — between 33,000 and 38,000 more riders per day than retaining the existing R1 RapidBus (96 B-Line) service. SkyTrain would offer optimal speed, frequencies, reliability, and reduce the need for transfers for some trips.

Another option would upgrade the existing R1 RapidBus route into BRT standards for $900 million, which would attract a ridership of up to 45,000 people daily — an additional 16,000 to 30,000 over RapidBus.

For its Transport 2050 planning process of creating a new 30-year regional transportation plan, TransLink is contemplating pursuing an option for SkyTrain on King George Boulevard to Newton plus BRT on 104 Avenue to Guildford Town Centre, or the alternate option of  larger network of BRT and LRT within Surrey. TransLink is expected to present its draft regional transportation plan for public consultation before the end of 2021.

TransLink is planning to launch the R6 RapidBus route by September 2023, running along Scott Road, 120 Street and 72nd Avenue between Scott Road Station and the Scottsdale and Newton bus exchanges.