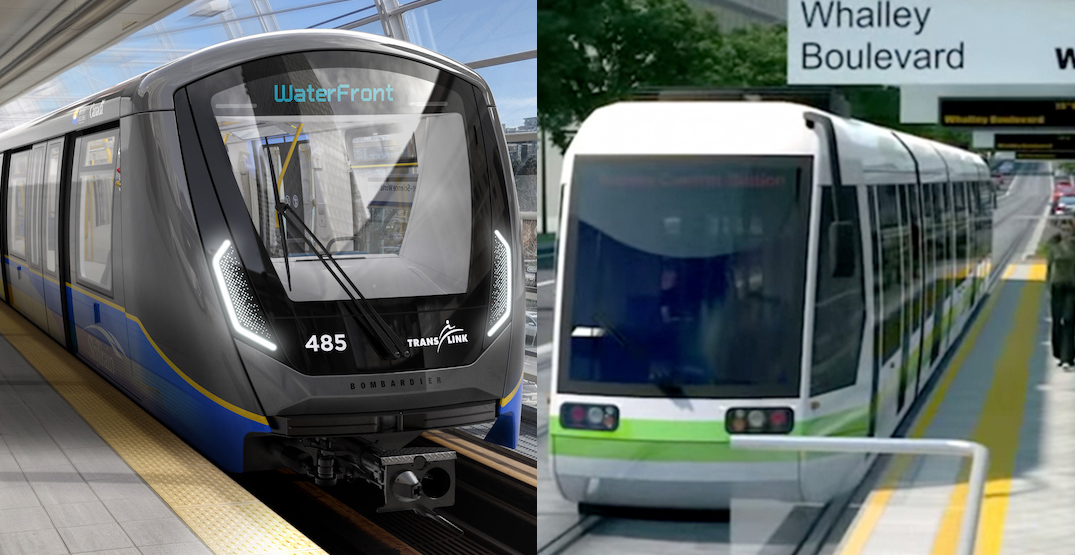 Younger people are more likely to support the Network A expansion option with more SkyTrain for reasons that include its ability to meet long-term capacity needs, and its greater efficiency and reliability compared to LRT and BRT.

Older people, especially those over the age of 55, are significantly more likely to support the Network B expansion option with LRT and BRT because it has a lower construction cost and runs on the street.

Moreover, Network B’s street-level rapid transit options is preferred by a sizeable margin for people who work part-time or who are not employed and not looking for work.

The survey also found that people who identify as White are substantially more likely to support street-level rapid transit options as suggested in Network B compared to the average respondent.

Overall, those who preferred Network B also mentioned reasons such as the ability to build a larger rapid transit system faster, improved connections between neighbourhoods, and reduced amount of walking required between destination.

“A street-level network is more accessible for all users (no need to consider stairs/elevators; stronger sense of security due to its wide-open space and visibility),” wrote a respondent over the age of 55.

Conversely, respondents who preferred Network A most frequently mentioned the need to maximize street-level space to reduce road congestion, and the advantages of the optimal speed, reliability, and convenience of SkyTrain as it is elevated or underground. Network B is slow in comparison, and it would make creating pedestrian-friendly streets more challenging.

Another respondent wrote: “I would like streets for cars, bikes, e-mobility, [and] pedestrians. I like having a separate network to rely on if there is an issue on a road. They can move people further and faster. Self-driving cars and buses will still likely need a road.”

During the consultation, TransLink stated for the same budget, Network A could theoretically provide 100 km of additional SkyTrain and 100 km of LRT and BRT, while Network B could offer 50 km of SkyTrain and 350 km of BRT. 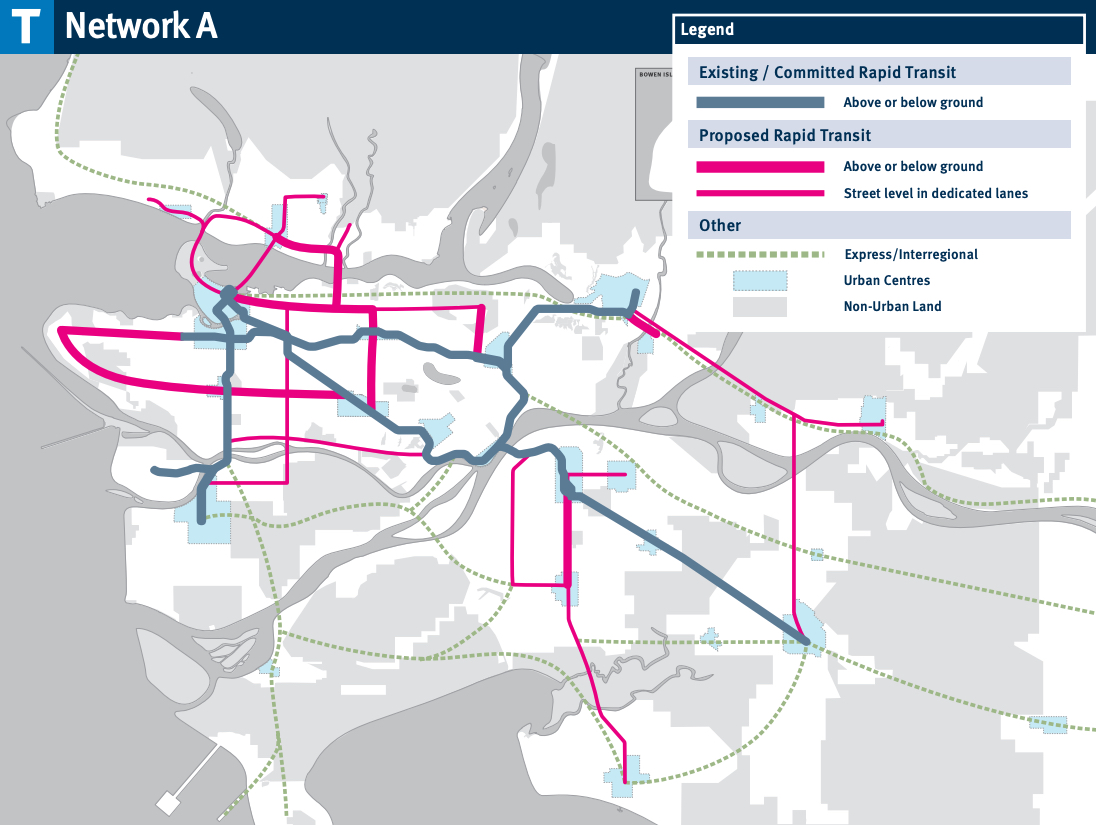 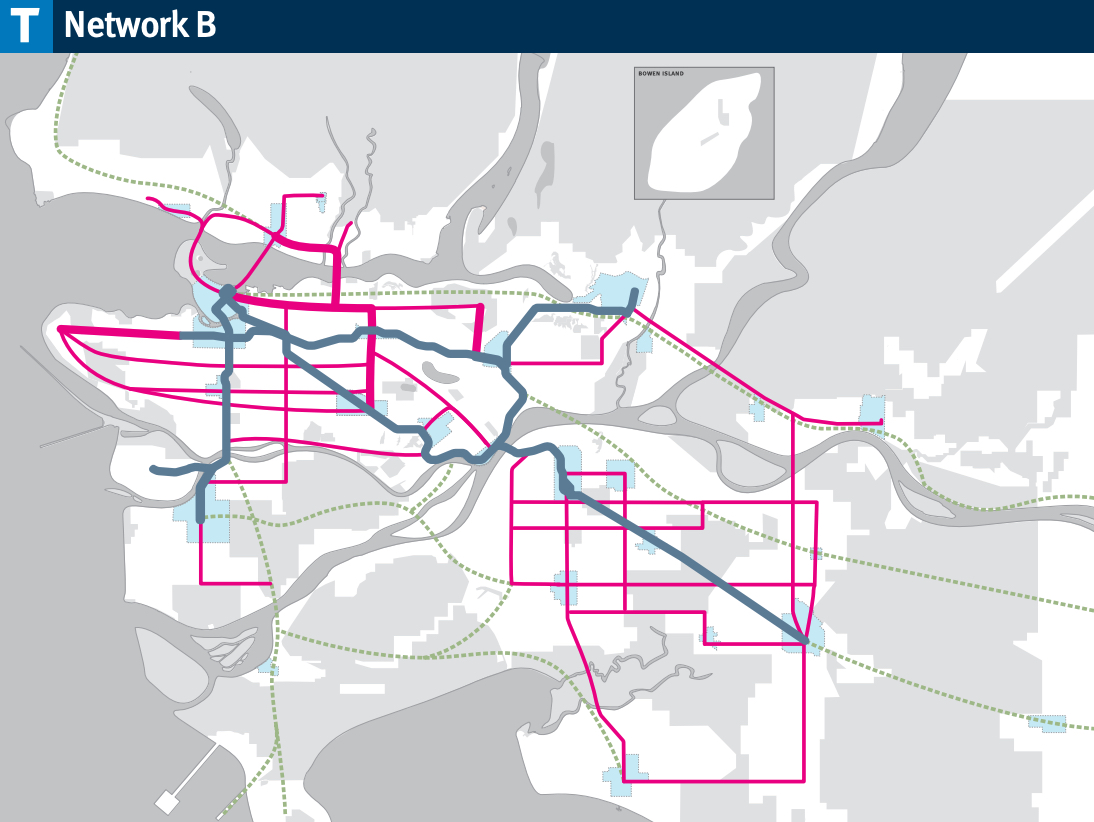 Both network options include potential SkyTrain extensions from Arbutus to UBC, along Hastings Street from downtown Vancouver to Lonsdale in North Vancouver via the Second Narrows, and along Willingdon Avenue between Brentwood Town Centre and Metrotown Station in Burnaby.

Overall support for each network option is split: TransLink received a total of nearly 5,000 survey responses, with 45% indicating their preference for Network A and 50% preferring Network B.