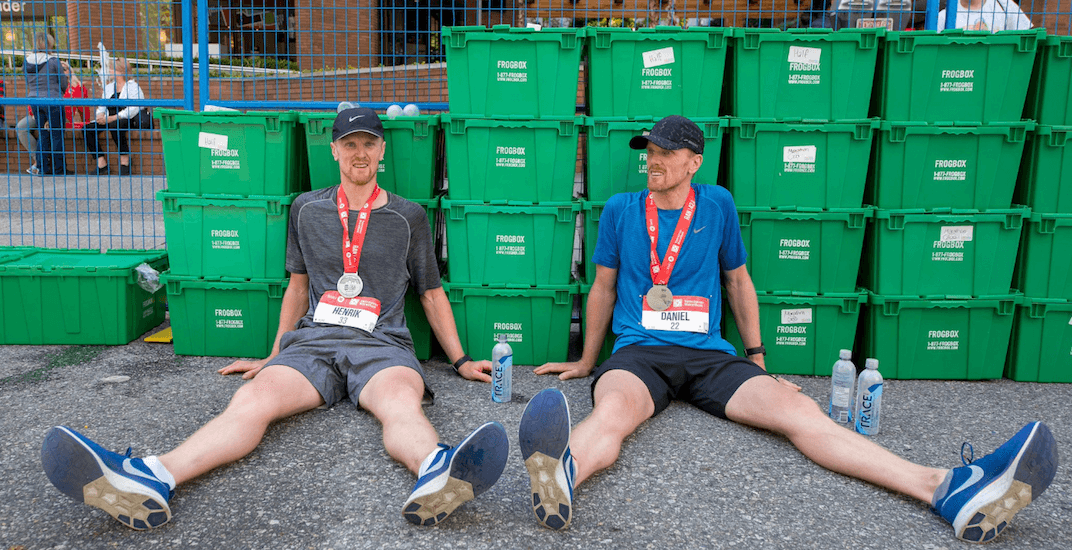 It’s been over 12 months since Henrik and Daniel Sedin stepped off the ice for the Vancouver Canucks for the last time, but they haven’t stopped competing athletically.

With Henrik wearing bib No. 33 and Daniel donning his familiar No. 22, the Sedins competed in the Vancouver Marathon on Sunday. It was the first marathon for the 38-year-old Canucks legends, who have expressed interest in competing in 42.2-kilometre event in the past.

While the Sedins seem to do everything alike, it appears Daniel may have been hitting the gym a little bit harder than his (slightly) older brother. Daniel’s time of 3:11:45 put him within the top 200, while Henrik finished more than 12 minutes later at 3:24:11. 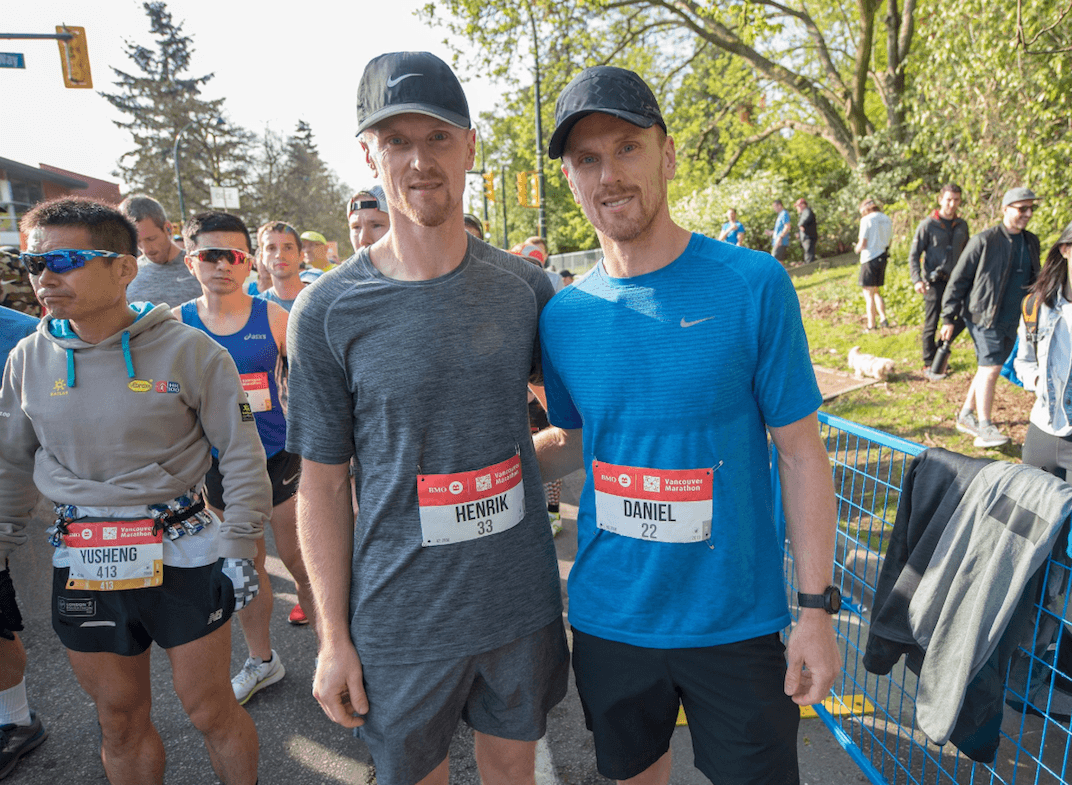 “It was awesome,” said Daniel. “This is our first race; I think we’ll want to do it next year for sure.”

You can bet that Henrik will do all he can to beat Daniel next year.

Avid runners, the Sedins have competed in a few races locally in the past year. They ran a pair of 25-km trail races in North Vancouver last May and in Whistler in September.

“I love running – that’s a big part of our training routine in the summertime and we’ll keep doing that,” Daniel told reporters last April.

“We like trail races, like running, and mountain biking, so we do that once in a while. We still work out,” Henrik said in an interview with Daily Hive head of video Zain Meghji last September.

He didn’t win the event, but once again Olympic race walker Evan Dunfee proved just how fast he can be – without running.

The Richmond native, who finished fourth in the 50-km race walk at Rio 2016, walked the course. He finished the race with a time of 3:27:15 – for reference, that’s only about three minutes behind Henrik.

The fittest couple in the world 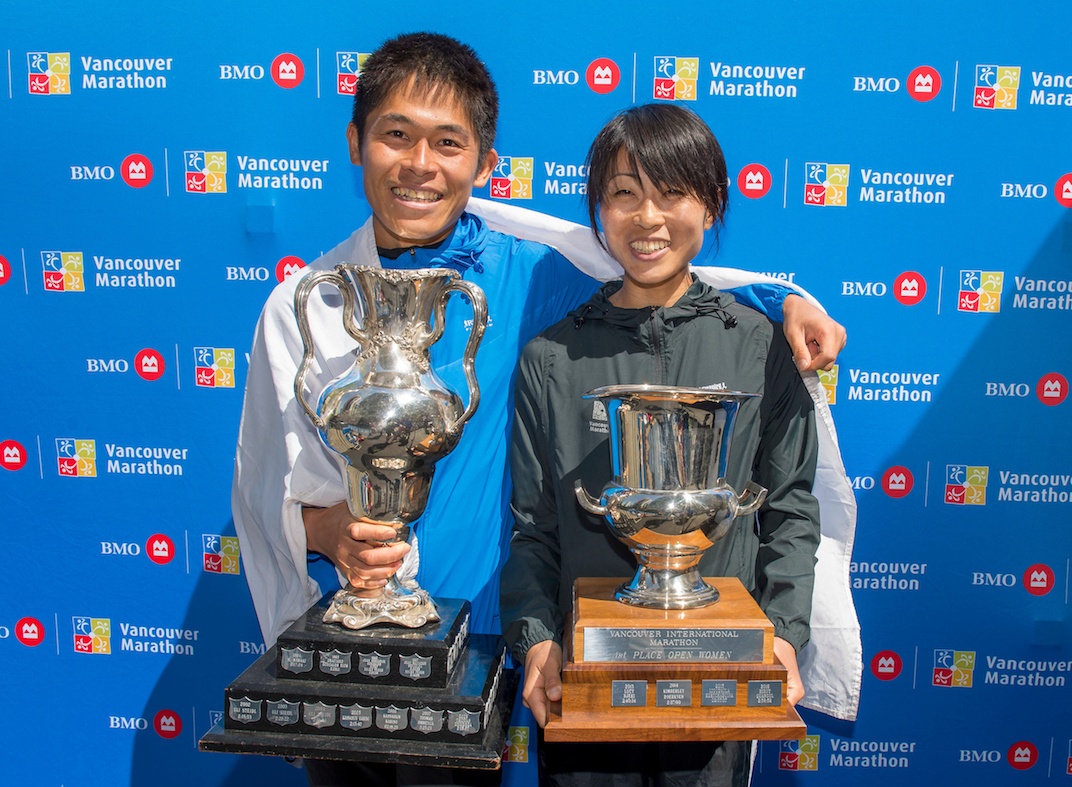 Yuki Kawauchi and Yuko Mizuguchi may soon be the fittest husband and wife in the world.

The Japanese couple, who had announced their engagement leading up to the event, each won their respective races.

Runners from 65+ countries competed in this year’s event, which has been named one of the world’s “top destination marathons” due to its scenic beauty.

“Running around Stanley Park in the midst of all that nature really gave me a nice boost,” said Mizuguchi. “Being able to see the ocean and the mountains – at some parts of the race, I found myself kind of distracted looking at how beautiful the ocean was.”

For the first time in event history, the Vancouver Marathon broke the 18,000 runner mark. Vancouver’s only annual marathon dates back to 1972, when just 32 finishers completed five laps of Stanley Park.

This year’s race began at Queen Elizabeth Park, passing through UBC, Kitsilano, and Stanley Park before the finish line in Coal Harbour. 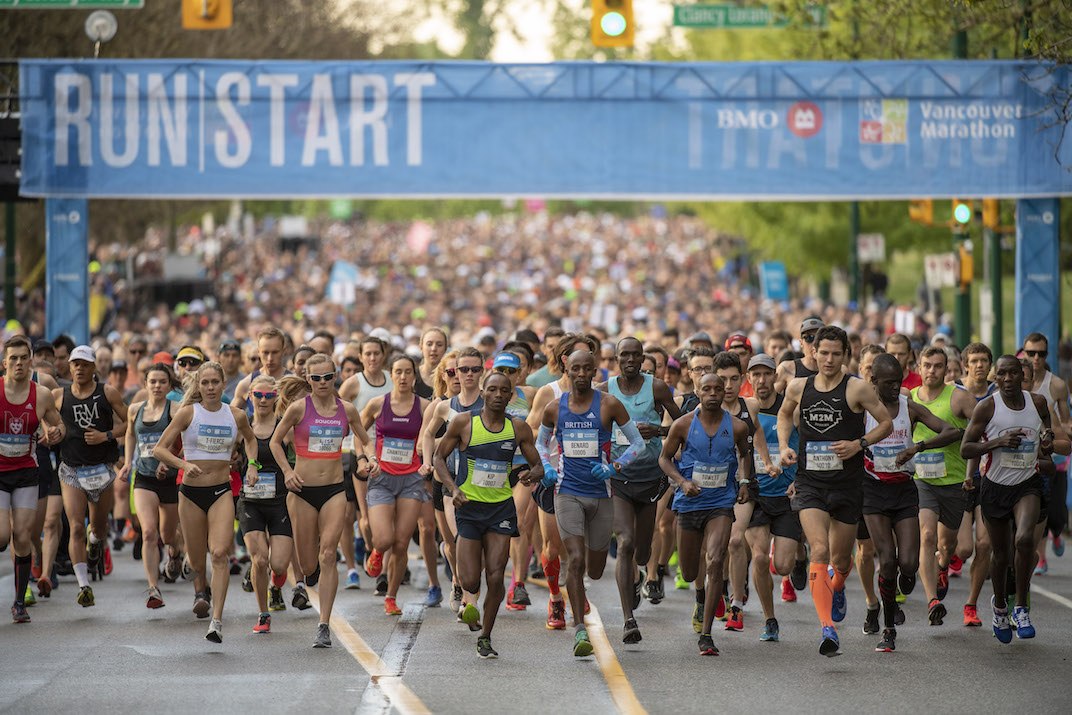 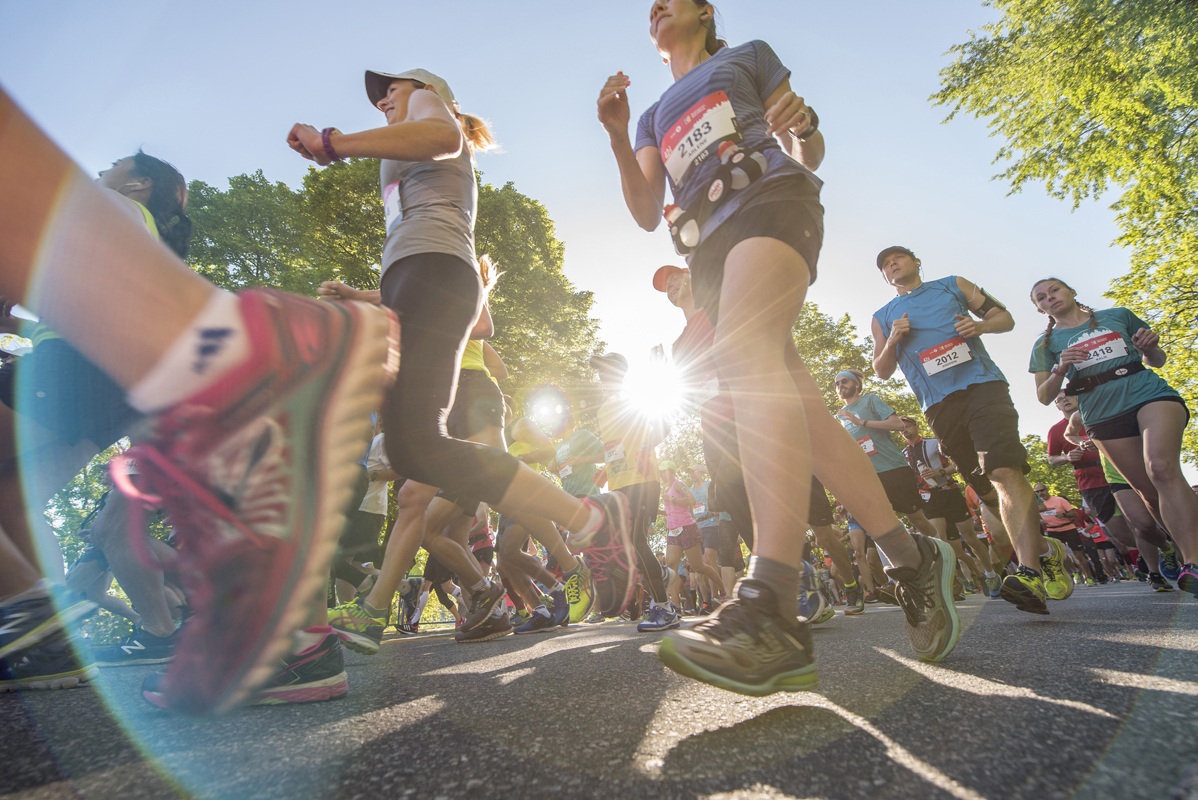 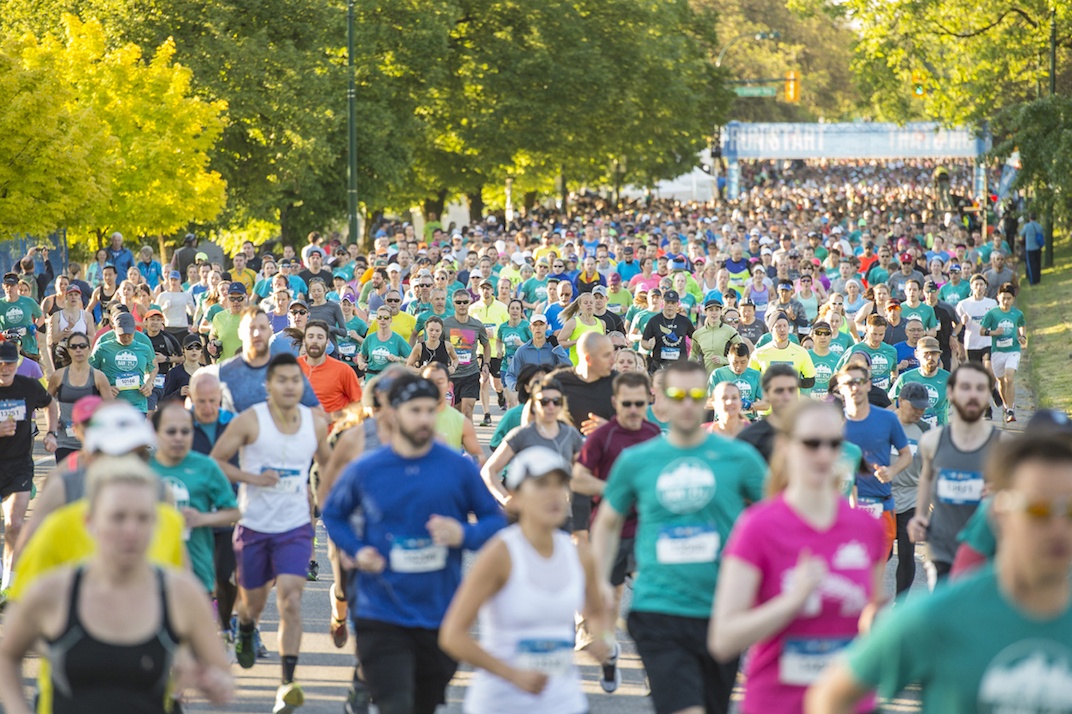 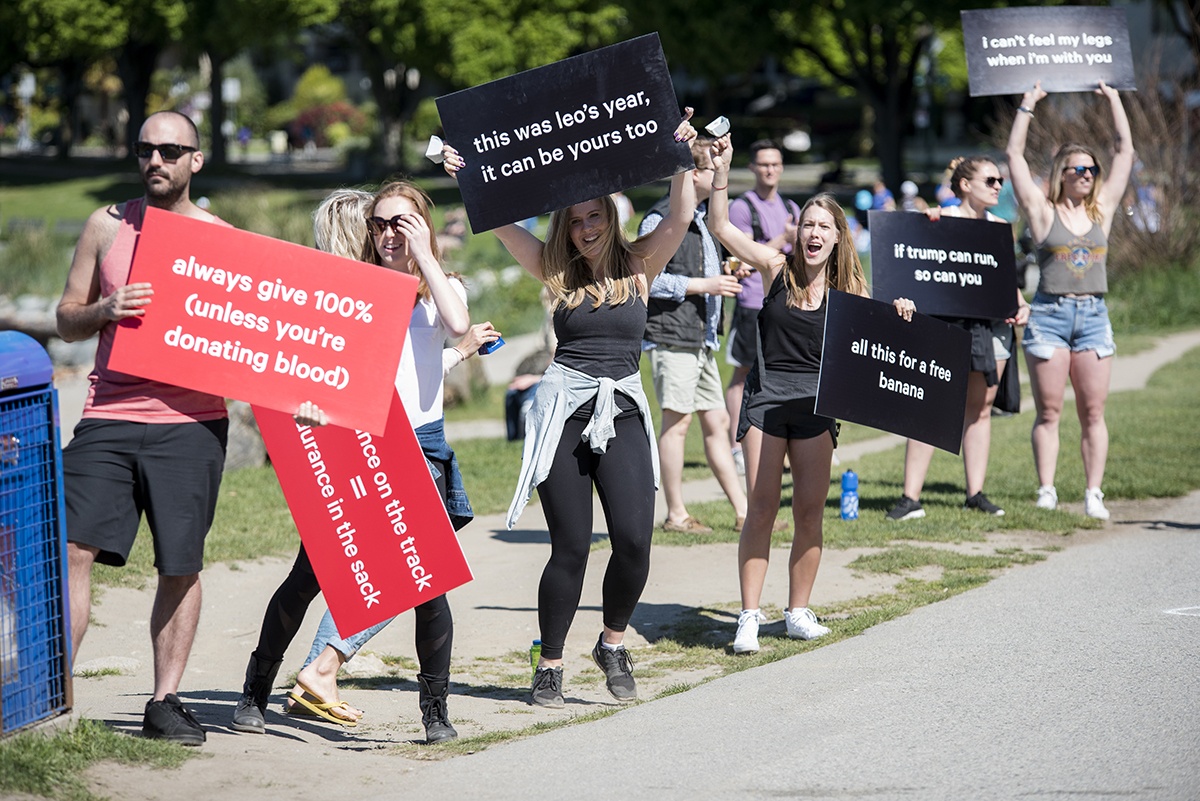 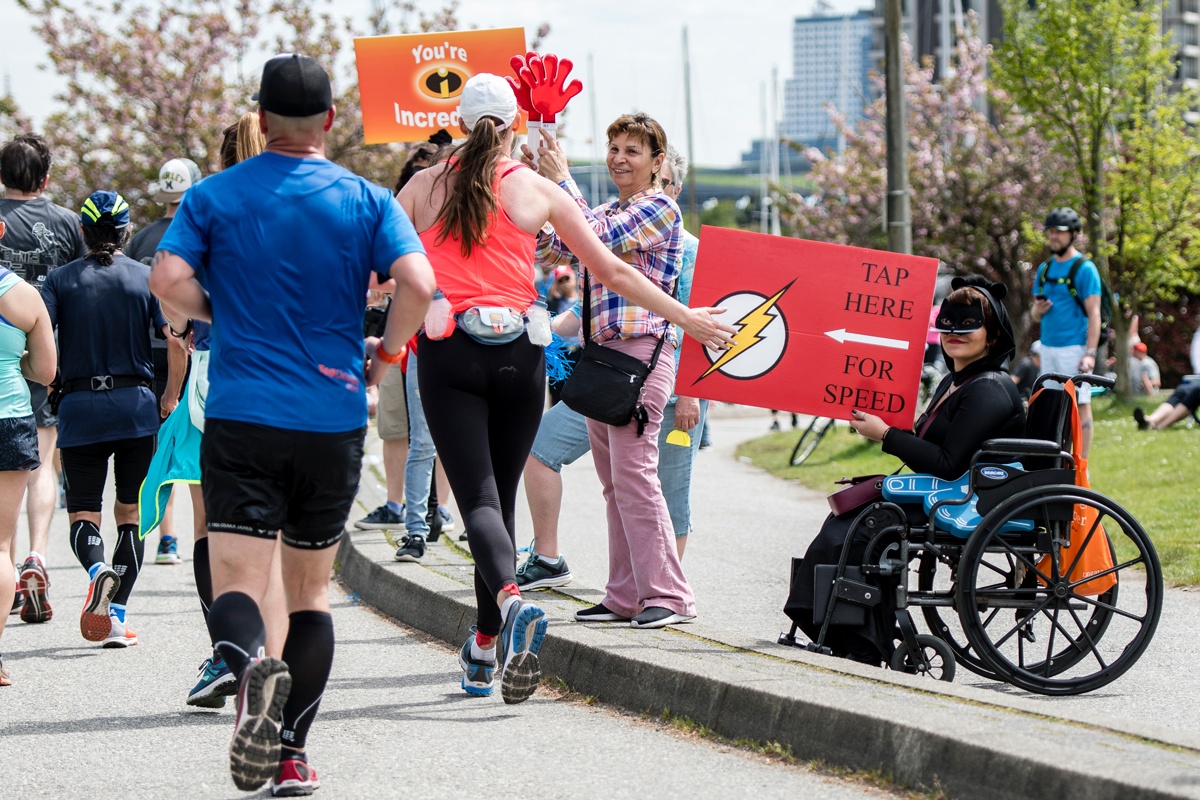 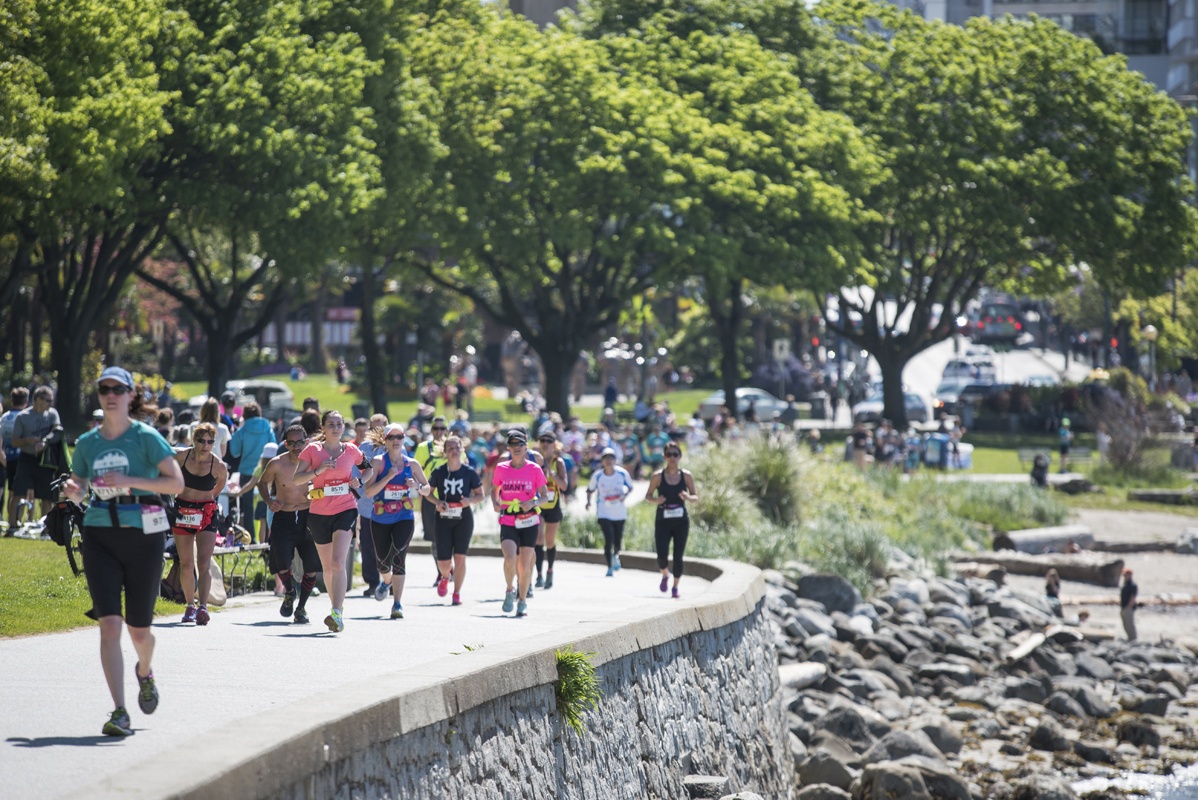 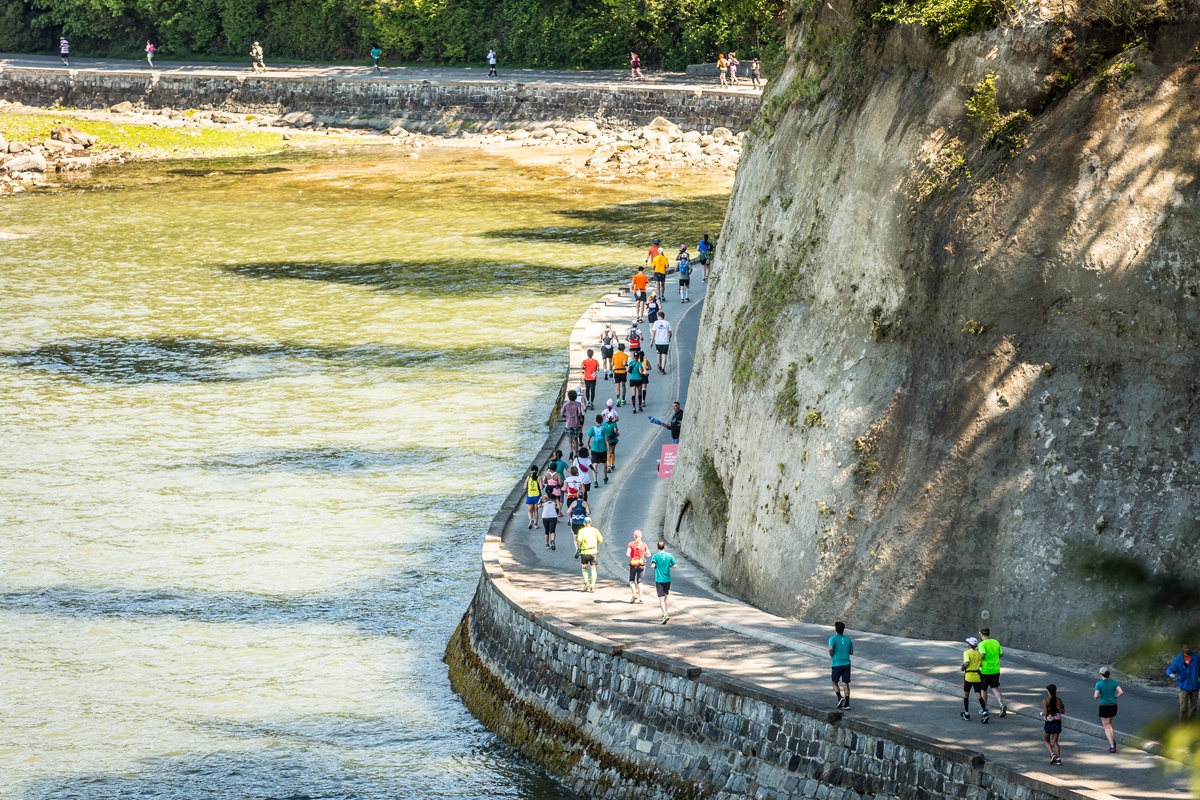 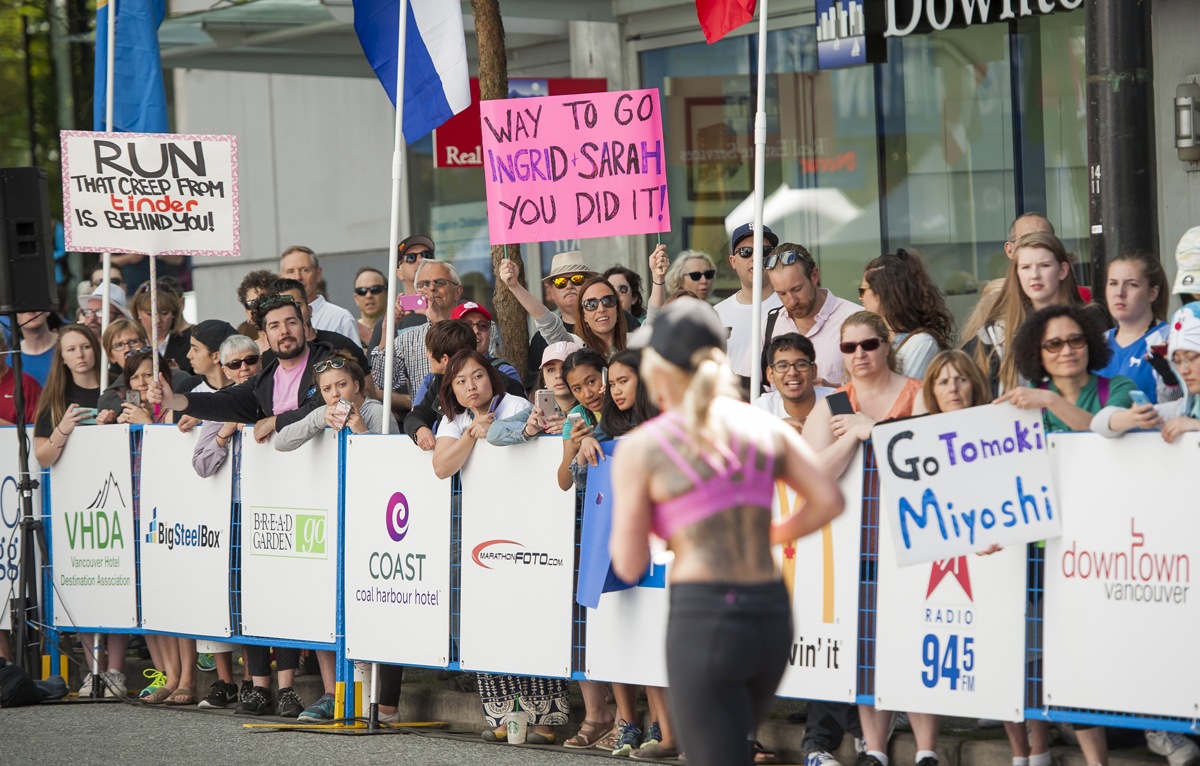