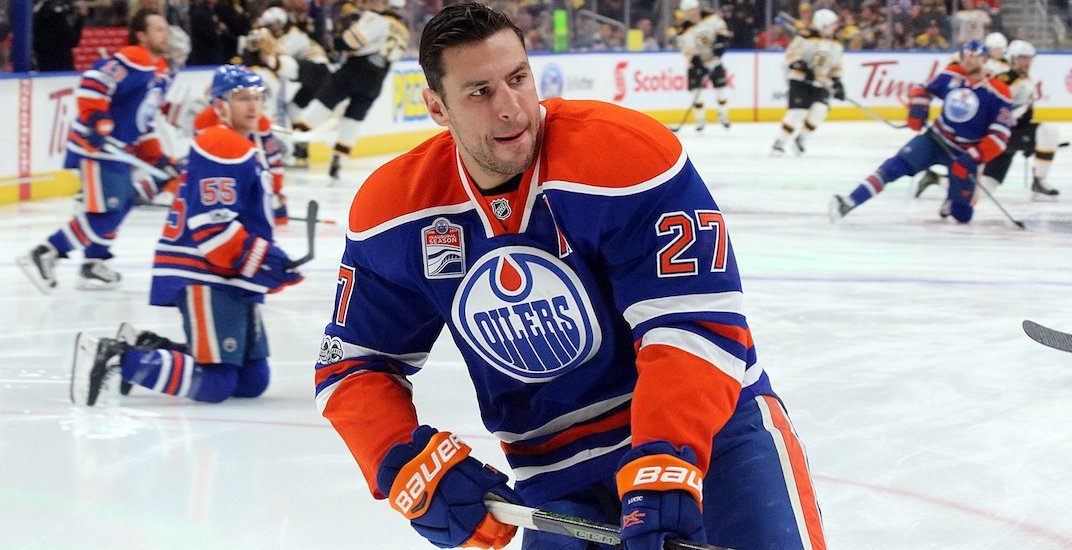 When Milan Lucic signed a seven-year, $42 million contract to join the Edmonton Oilers in 2016, most assumed rumours of him ending up in a Vancouver Canucks uniform one day were finally gone forever.

The Canucks were very interested in signing Lucic when he became an unrestricted free agent three years ago, and reportedly met with the East Vancouver native. Lucic, understandably, chose to sign in Edmonton and play with Connor McDavid rather than hitch his wagon to a Canucks team that was destined to be one of the worst in the NHL for the past three years.

GM Jim Benning eventually settled for another one of his former Boston Bruins players, in Loui Eriksson, who signed a six-year, $36 million contract with Vancouver the same day Lucic signed with the Oilers.

Canucks fans know how the Eriksson experience has gone, but it has also gone off the rails for Lucic in Edmonton since a respectable 23-goal, 50-point campaign in 2016-17.

So despite having four years left on his contract, which carries no-movement clause, Lucic can envision playing for another team one day. Quite frankly, that’s a situation the Oilers probably dream about too.

But more specifically, Lucic can see himself playing for his hometown team.

A Lucic homecoming would be controversial not just because of his over-inflated contract, slow foot-speed, and declining offensive numbers. The 2011 Stanley Cup Final left deep scars for fans in Vancouver, and Lucic was one of the main villains on a Bruins team that truly despised the Canucks.

And the feeling was mutual.

The hate went beyond the hockey rink though, as Lucic was the victim of some truly despicable acts by locals.

Lucic’s family church was vandalized and his grandparents were harassed by Canucks fans during the 2011 Stanley Cup Final. He was also assaulted outside a downtown nightclub on a trip back to Vancouver in 2013.

“I have no reason left to try and defend my city, and the people of my city,” Lucic said after the 2013 incident. “I’m done trying to defend the city I’m from. I’m disgusted and outraged that it had to come to that. Other than being at Rogers Arena, no one will ever see me in downtown Vancouver ever again.”

It appears enough time has now passed to heal those wounds.

Not only does Lucic clearly still have love for Vancouver, he also shared some admiration for the current regime in charge of the Canucks – heaping more praise on a rival team than you normally hear from an NHL player.

“I think the Canucks right now are a very exciting team. I love what Jim [Benning] has done as far as building the team within through the draft and developing players, he’s done a great job of that. I think Travis [Green] has done a real good job as well from the coaching standpoint. It’s an exciting team, it’s a growing team, and you never know what the future has in store for you.”

Given his contract and recent production, Lucic is a liability to the Oilers – not an asset. A move to Vancouver would require a combination of Edmonton giving up a draft picks or young players, retaining salary, or taking back an undesirable contract.

An Eriksson-for-Lucic swap has been suggested by armchair GMs for the past two seasons – which would be a problem-for-problem trade of players making the same $6 million average annual salary.

Eriksson outscored his Oilers counterpart last season and has one year less remaining on his contract, though Lucic provides a toughness element that would be intriguing. Though his offence has dried up, Lucic has proven to still be competent by possession metrics, ranking first among Oilers regulars in Corsi-for percentage (50.72 CF%). Lucic, who turns 31 next month, is also three years younger than Eriksson.

We don’t know if Benning has soured completely on Lucic since he tried to sign him to a long term deal three years ago. But judging by Lucic’s interview, it seems clear that he would waive his no-movement clause to facilitate a trade to the Canucks if it ever came to that.

“And like I said, you never know what the future has in store.”