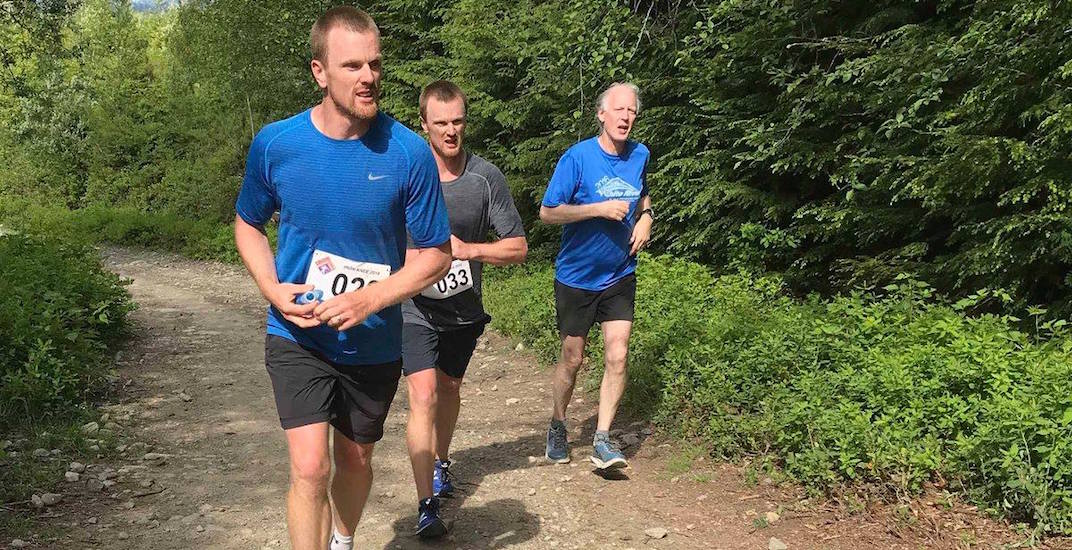 Most people use retirement as a time to rest and relax.

Henrik and Daniel Sedin are not most people.

“I love running – that’s a big part of our training routine in the summertime and we’ll keep doing that,” Daniel said in April, adding that running the 42.2 km Vancouver Marathon next year is a possibility for him and his brother.

So instead of jetting off to a sunny location and putting their feet up like many current players are currently doing, the Sedins were spotted in North Vancouver this weekend, as two participants in the Iron Knee.

The 25 km race is appropriately named, as it involves running on trails beginning at high elevation at Cleveland Park near Grouse Mountain, ending at sea level in Deep Cove.

The future Hall of Famers finished 15th and 16th respectively, with Daniel beating Henrik by two seconds in a time of two hours, 33 minutes, and 54 seconds.

Perhaps they would have finished even faster if they didn’t have to stop for photos with fans along the way.