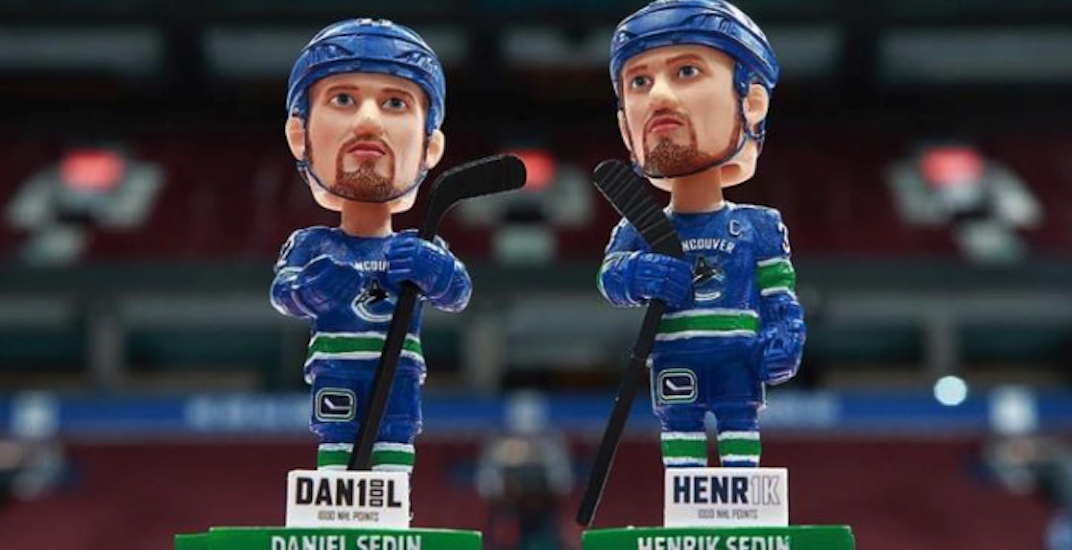 Just 8,000 of them were available free for fans at a pair of meaningless late-season Canucks games against the Anaheim Ducks (March 27) and Vegas Golden Knights (April 3). The result was a number of early-arriving Canucks fans, getting to Rogers Arena well before the doors opened, eager to get their hands on the rare promotion.

After Henrik’s collectable was given away to fans for the Ducks game, bobblehead fever hit an all-time high before the April 3 contest, as it was the first game after the Sedins announced their retirement plans.

Fans lining up before doors open at 5:30 p.m. — to get the Daniel Sedin bobblehead, yes, but also to get a spot by the glass for warmup. Like many, these two came wearing Sedins sweaters. pic.twitter.com/Y8544VbFSb

Ticket prices skyrocketed immediately after the announcement and the demand for bobbleheads – including Daniel’s, which was given away second, went through the roof.

Some opportunists took to Craigslist, asking for as much as $250 for the set. 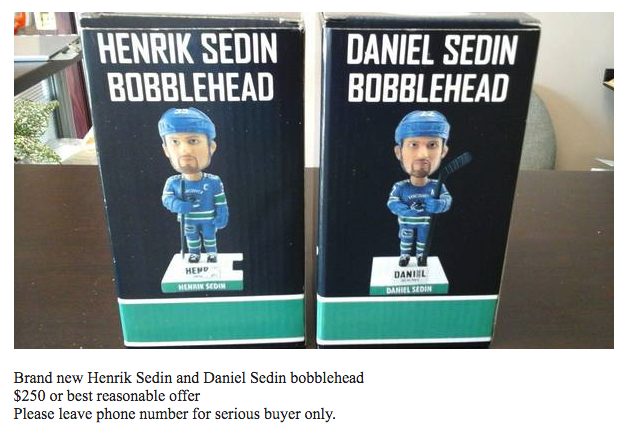 But as it turns out, the bobbleheads commemorating each player’s thousandth point, aren’t as scarce as once thought. And if you still want to get your hands on one, you need not turn to the black market.

*Update: After selling out online on Tuesday, as of Wednesday morning, the Canucks say they have about 100 Henrik and 200 Daniel bobbleheads left in stock at the Team Store and on Vanbase.