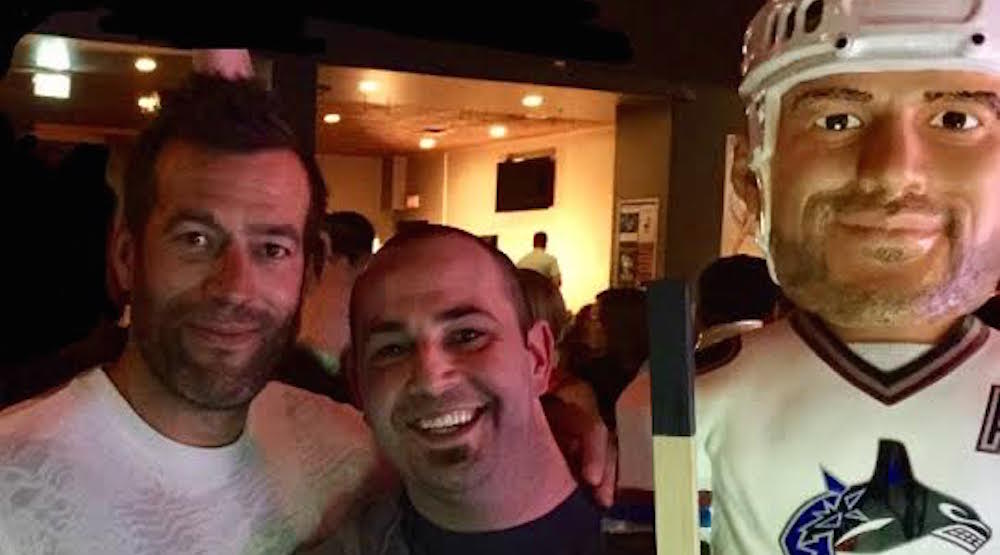 Mike Stefanuk is as dedicated of a Canucks fan as they come.

He also lives in Saskatoon, with no ties to Vancouver, other than his insatiable love for the Canucks. Mike loves his team and, as we told you 16 months ago, has the most epic Canucks man cave to prove it.

Perhaps the crown jewel of his man cave is a giant Todd Bertuzzi Canucks bobblehead, that stands three-feet tall.

“I got the bobblehead in 2003 as it was sent by accident to Jersey City in Saskatoon where I worked,” Mike told Daily Hive. “It was supposed to go to a store in BC, but instead of sending it back, I bought it for a sum of money which can remain undisclosed.”

An avid collector of memorabilia, Mike owns countless amounts of Canucks hats, jerseys, collectibles, pictures, etc. You name it, Mike probably has it.

But “Bobblebert,” as he calls it, holds special value.

“It was the first ‘big piece’ I ever owned as my man cave started to evolve from the things we collect as kids, like banners and posters. I always said I would get it signed but truly figured it impossible based on its size and the inability for it to travel.”

This is a lesson to never give up on your dreams.

As luck would have it, Bertuzzi came to Mike’s hometown in Saskatoon last weekend as a late addition to a Heart and Stroke fundraiser. Fourteen years after getting Bobblebert, this was Mike’s big chance and he knew it.

Life goal for the weekend: Find Todd Bertuzzi who is in Saskatoon, Get this signed, get a pic of me him and Bobblehead together #Canucks pic.twitter.com/8jIdC7sdun

A friend of Mike’s tipped him off that Bertuzzi, along with legendary Canucks goaltender Kirk McLean, were in town.

“I basically ‘fangirled’ and got in touch with some organizers who told me to come to an event in the evening,” Mike said.

Mike hopped in his car on Saturday night, with Bobblebert by his side, set out to complete the impossible dream.

Car ride with Todd to go see Todd so he can sign himself. #Canucks #draftlottery #Heartandstroke #Yxe pic.twitter.com/e8sTk4r86h

He arrived to an event that included a number of ex-NHL players. Within minutes of entering the venue, Bertuzzi spotted his bobblehead, and the three (Mike, Todd, Bobblebert) met.

Todd signed Bobblebert, posed for pictures, and chatted with the in-awe Canucks fan for approximately 10 minutes.

Finally got the most epic piece of my mancave sign by Big Bert!! Thanks a million Todd!! #Canucks #draftlottery pic.twitter.com/Xm8DC9cWrX

It turns out that Bobblebert is as a very rare piece of memorabilia.

According to Bertuzzi, only 10 of these three-foot tall Bertuzzi bobbleheads were ever made. Eight of them are in Todd’s possession, one is owned by a Bertuzzi family member, and the other is owned by Saskatoon Mike.

The best picture of the night was taken at the insistence of McLean, Mike says, who got a kick out of Bobblebert (as many did throughout the night). 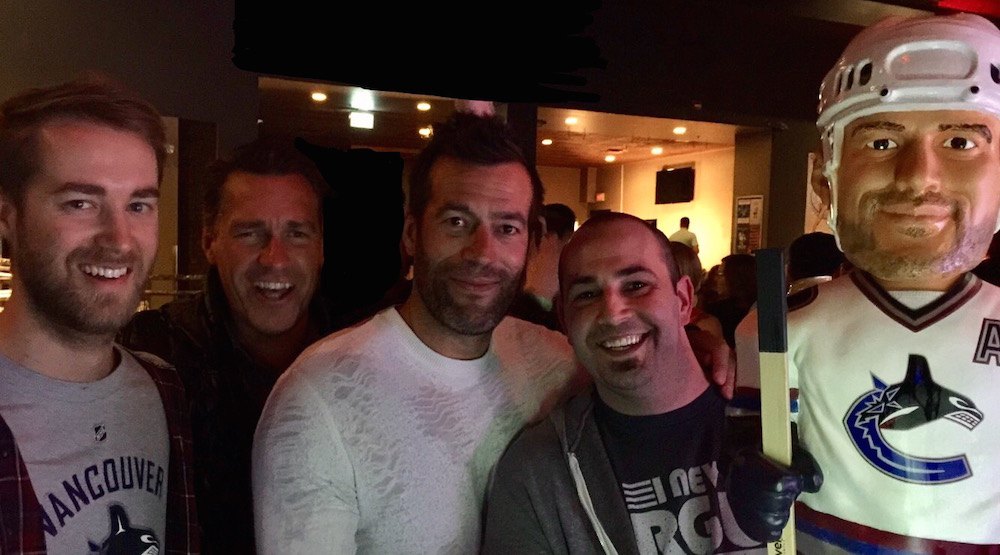 Saturday was a night that Mike won’t soon forget.

He’s got a signed Bobblebert to prove it. 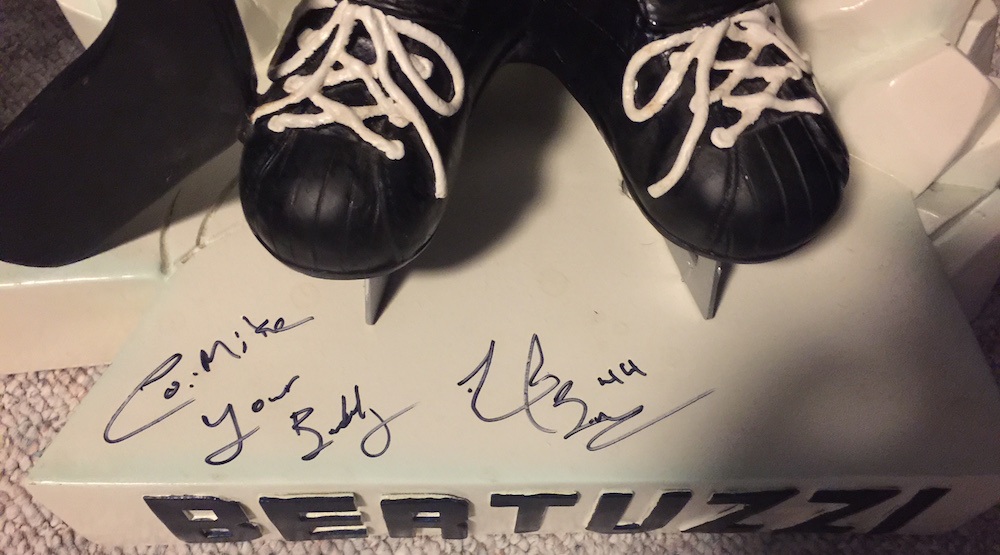 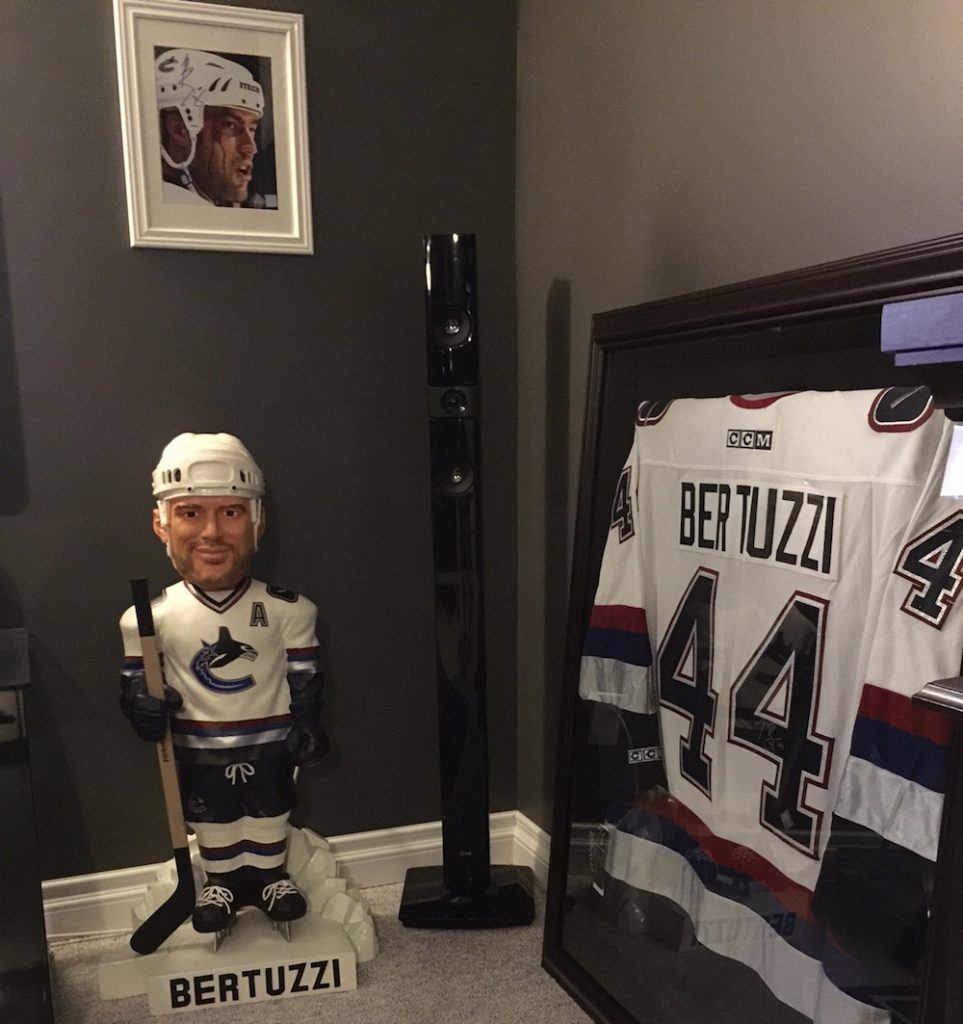 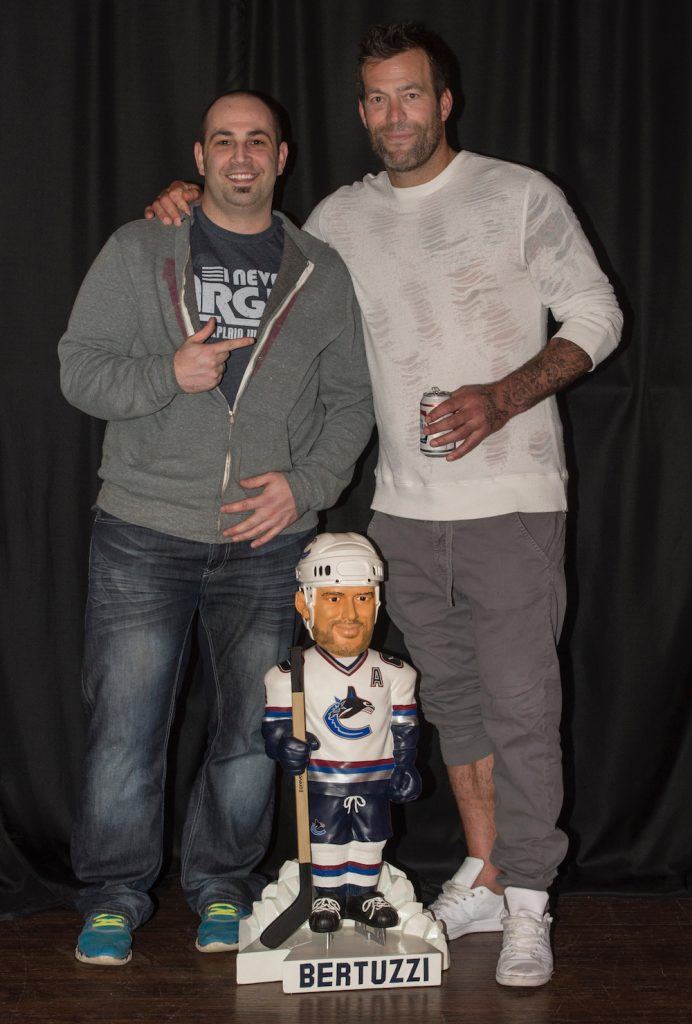