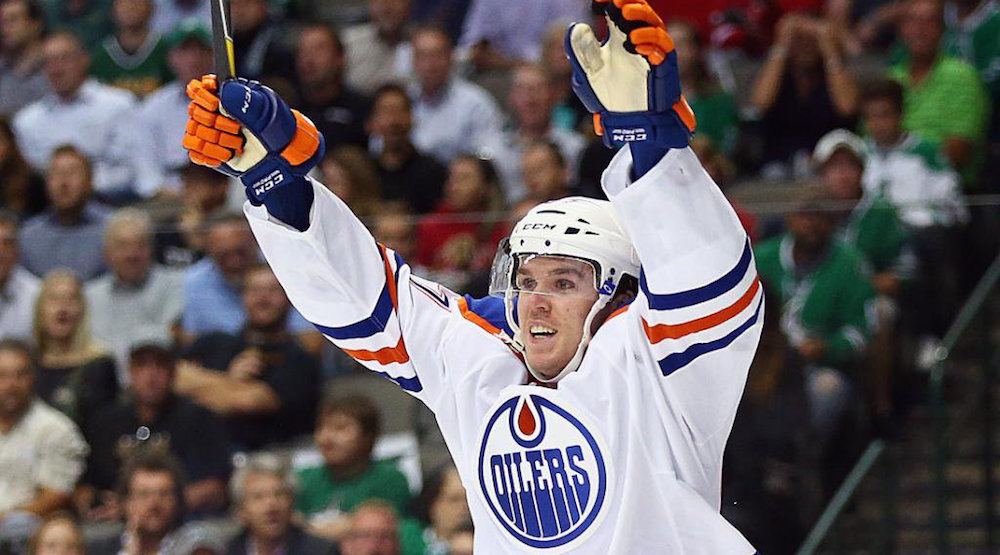 There isn’t a bigger star in the National Hockey League.

At just 21-years-old, Connor McDavid is already a two-time scoring champion, and owns a Hart Trophy. He scored 41 goals and 108 points last season, and he’s only going to get better.

That must have excited someone, because his rookie card recently sold in an online auction for more money than it costs to buy a luxury car.

For the low price of $55,655 USD (plus shipping), somebody is now the proud owner of an autographed McDavid Upper Deck The Cup rookie card. It’s the highest price ever paid for a ‘modern’ hockey card (ie. produced after 1986).

With one of just 99 autograph rookie patches ever produced, Beckett describes it as “the best” McDavid rookie card.

“The holy grail of Connor McDavid rookies,” is how PWCC described the product in the item description.

“This is truly a once in a lifetime card and represents a blue-chip investment commodity.”

Most hockey cards produced since the 1990s are now completely worthless. The exception are limited edition cards, like this record-breaking McDavid one.

Hockey cards made in the last 30 years didn’t appreciate in value like many people thought, when collecting them was all the rave. While mint condition cards made prior to the 1990s were in short supply, the market became flooded with card-makers and hence the prices plummeted.

Wayne Gretzky and Bruce McNall famously purchased a Honus Wagner baseball card for $451,000 in 1991. A different Wagner card sold for a world-record price of $3.12 million in 2016.