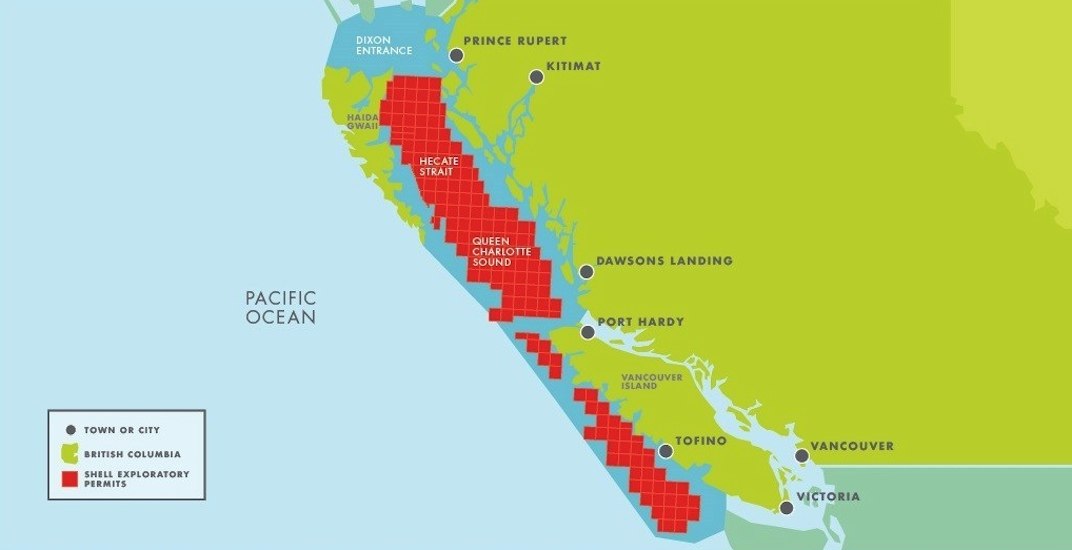 Shell Canada will voluntarily release a vast maritime area off coastal British Columbia to support the creation of a marine conservation area.

The company announced yesterday that approximately 50,000-sq-km of exploratory permits – over one and a half times the size of Vancouver Island – located within the Queen Charlotte and Tofino basins will be released.

This permit area that Shell holds has been under a federal government moratorium since 1972, and it overlaps with about one-third of the newly-designated Scott Islands National Wildlife Area (SINWA).

The SINWA protects 11,546-sq-km of marine area off the northwestern tip of Vancouver Island, and it is a habitat for the area’s seabirds, species at risk, and other wildlife. According to the federal government, the Scott Islands area is a key ecological breeding and nesting habitat for 40% of BC’s seabirds, including 90% of Canada’s tufted puffins and 95% of Pacific Canada’s common murres.

Between 2018 and 2023, the federal government will spend $3.2 million on the SINWA to support collaborative management, research, monitoring, and the removal of introduced predators that are harmful to seabirds.

“Canada’s coasts are home to some of the world’s most extraordinary natural beauty and rich ecosystems. Effective protection of our coasts, oceans, and wildlife requires strong partnerships and collaborative efforts on all sides,” said Jonathan Wilkinson, Minister of Fisheries, Oceans and the Canadian Coast Guard, in a statement.

“Our government is pleased to be working with First Nations partners, the Government of British Columbia, and Shell to ensure the Scott Islands remain a thriving hub of biodiversity and marine life for generations to come.”

Geotechnical test drilling conducted in the basins by Shell before the 1972 moratorium indicated the potential for oil and gas resources, but because of the ongoing moratorium the company will instead release the permits and work with the federal government to support marine conservation efforts.

“Releasing these exploration permits can help protect spectacular and environmentally rich areas off Canada’s West Coast where we have no plans to explore for oil and gas,” said Michael Crothers, Shell Canada President and Country Chair.

“We saw an opportunity to support marine protection as part of our ongoing efforts to find pragmatic ways to contribute to conservation in Canada while maintaining our robust global exploration portfolio.”

Shell says it has voluntarily contributed close to 60,000-sq-km of offshore rights and over 125-sq-km of land in Canada for conservation purposes over the past three decades.