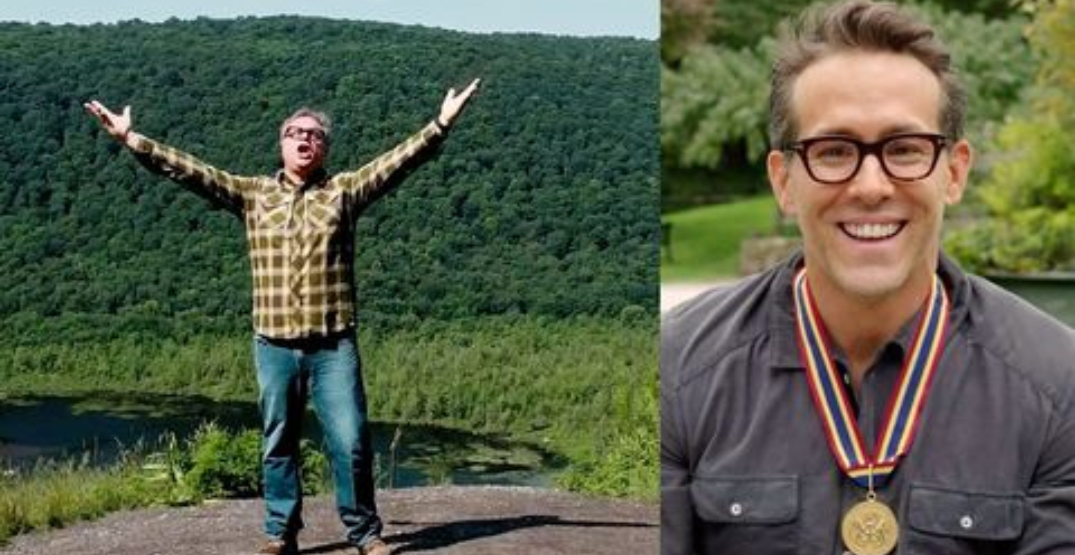 If you had any doubts about how Canada prides itself in Ryan Reynolds, then you have to watch this video.

Reynolds shared a post to social media early on Saturday, November 27 with the news that he was the recipient of a Governor General’s Award.

“Last night Canada honoured me with a Governor General’s Award and this video. I’m not crying. It’s just maple syrup,” he wrote in the post’s caption.

The video is a split-screen of Reynolds reacting to a music video created just for him featuring Steven Page from the Barenaked Ladies. The song, “Canada Loves You Back” is as hilarious as it is rousing.

In his post, Reynolds called Page a friend and an “absolute legend” while also thanking Her Excellency, The Right Honourable Governor General Mary Simon for the award.

Watch the full video here, it might be required viewing for all Canadians:

The music video is full of great one-liners in true Steven Page style. One of the best ones is definitely, “Of all the Canadian Ryans, you’ve gotta be in our top three.”

The video is star-studded. Former Canucks stars the Sedin twins and Stan Smyl make a cameo on the ice with team mascot Fin and William Shatner also pops in at one point.

After the music video, Reynolds gets a special shoutout from Chief Dr. Robert Joseph, an ambassador for Reconciliation Canada which has received support from the actor in the past.

“Wow. That made me cry,” Said Reynolds after watching the video. “I guess I made it.”

Recently, Reynolds has been vocal about showing support for his home province after historic flooding caused massive damage and loss of life.

He’s on a self-imposed hiatus from movie-making for a while and we can’t wait to see what he does next.