Ryan Reynolds took to social media on Friday morning in hopes of gaining support and donations towards BC’s devastating floods and mudslides.

“My home of BC continues to face a crisis from the brutal #BCFloods,” he wrote. “Homes, farms, schools, roads, and vulnerable communities.”

Reynolds noted that he and Blake Lively donated to the Canadian Red Cross and shared a link to the campaign, urging others to do the same.

“Rebuilding will take time,” he adds. “Blake Lively and I made a donation to Red Cross Canada.” 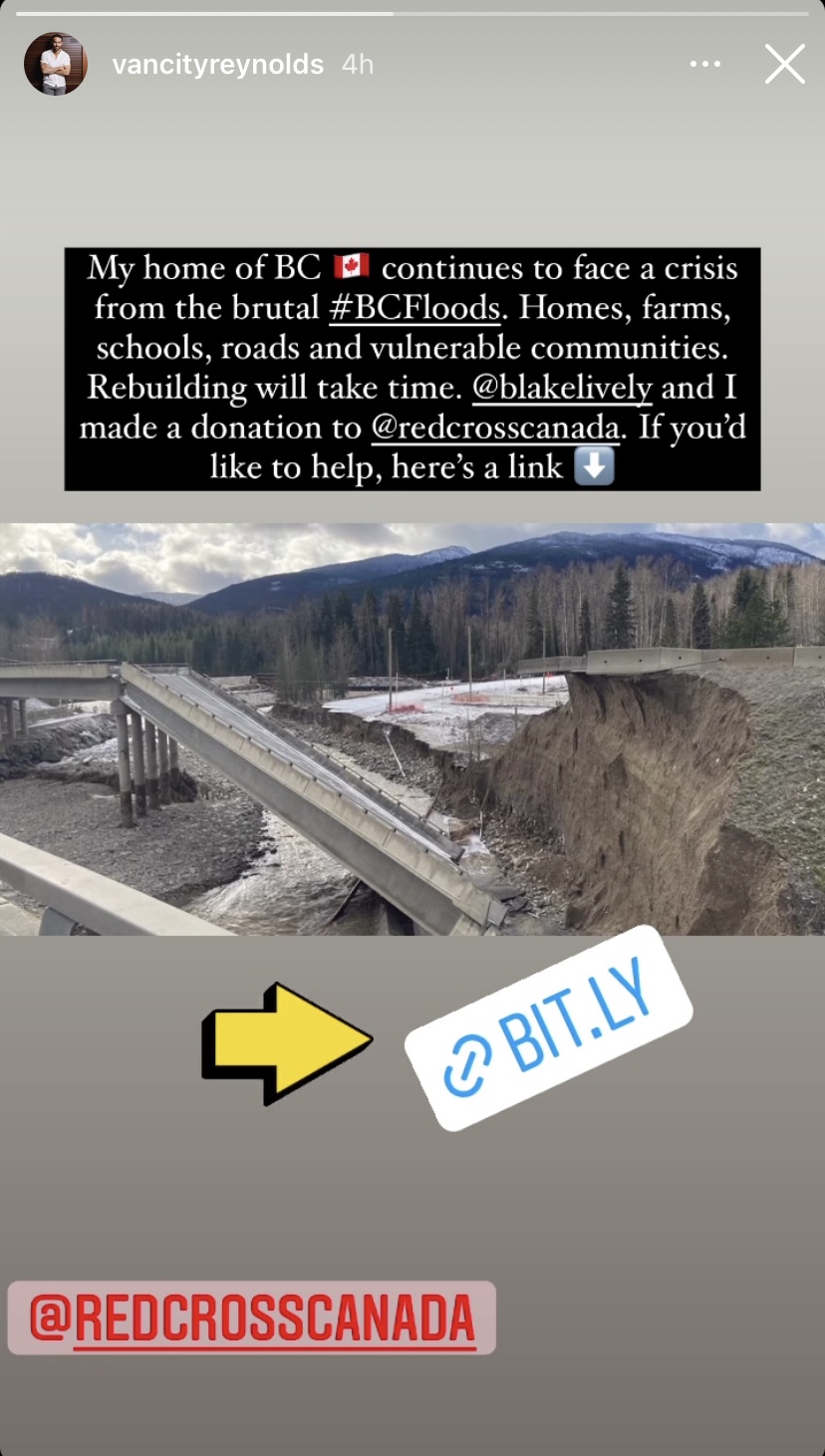 Reynold’s callout was recognized by BC Premier John Horgan, who thanked him for supporting his fellow British Columbians.

Thank you @VancityReynolds for supporting your fellow British Columbians. Together, we will get through this. https://t.co/BpFHrpqZAd

The floods and mudslides began in mid-November, eventually forcing the provincial government to declare a state of emergency.

Areas such as the Sumas Prairie in Abbotsford, BC, and Merrit, BC, were flooded, forcing hundreds of residents to evacuate their homes.

The mudslides caused severe damage to the province’s highways, leaving dozens of drivers stranded for days.

The flooding also caused the deaths of thousands of animals in the region, with more that will need to be euthanized.

And with a chain of storms expected in the coming days, BC remains in a state of uncertainty.