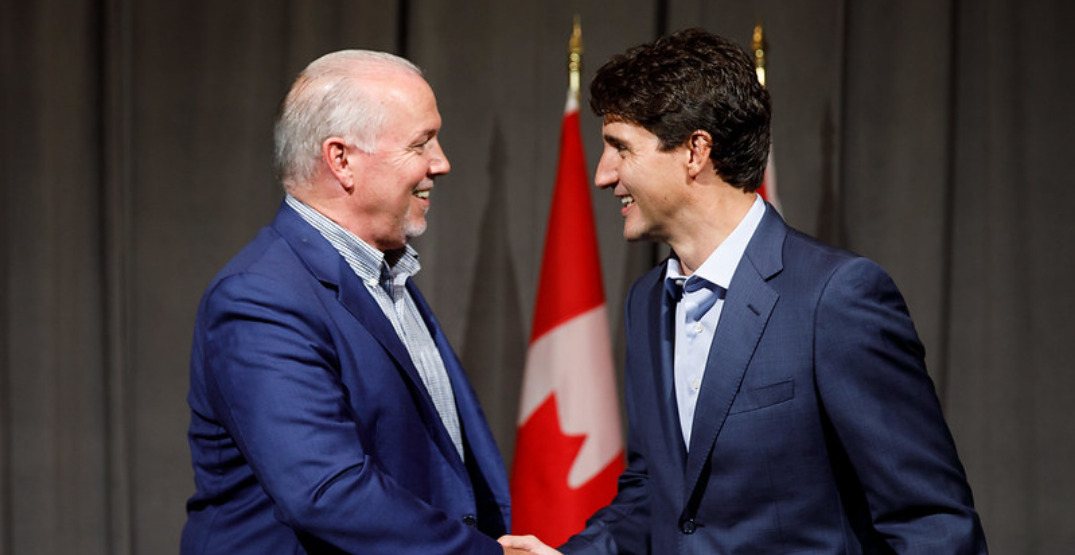 Prime Minister Justin Trudeau has shared many thoughts and condolences regarding the devastation caused by floods in BC over the last couple weeks, and he will now be making a stop in the province.

On Friday, Trudeau will be meeting with government officials, and visiting areas that have been most impacted by flooding and extreme weather-related destruction.

At 4:30 pm PST on Friday, Trudeau will be meeting with BC premier John Horgan.

He will then be holding a media availability session with Horgan at 5:30 pm PST, according to his Friday itinerary.

At an emergency debate in the House of Commons on Wednesday evening, Trudeau expressed his concerns about the state of BC. “It’s hard to even believe what’s happening in BC that after a summer of drought in Abbotsford, people’s homes are now underwater,” said Trudeau.

“The farmers have lost whole herds. The families have lost love ones.”

BC floods have gained global attention, with even Queen Elizabeth offering her sympathies to those that have been affected by the extreme weather events.

Recovery efforts are still underway as regions that have been most affected brace for more wet weather.