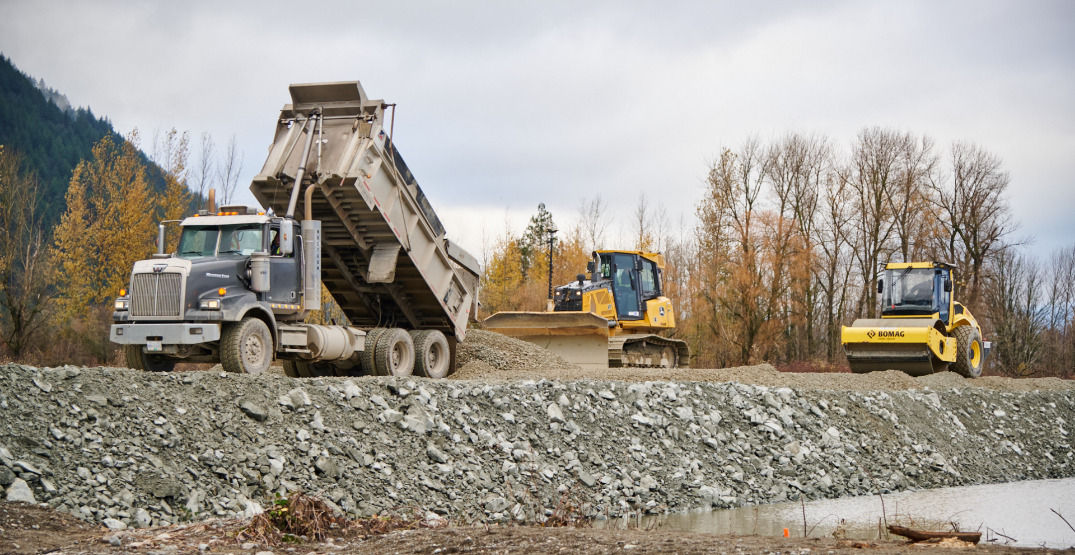 On Thursday, Abbotsford Mayor Henry Braun announced that dike repairs around the Sumas Prairie were 95% complete, with work expected to wrap up ahead of the next storm system, which is forecast to arrive on Saturday.

While BC is currently in the midst of an atmospheric river, it isn’t as significant as the system anticipated this weekend.

Braun, speaking from the Abbotsford Emergency Operation Centre, said they have been paying close attention to the weather storms expected to hit the region over the next week.

Thursday’s rain event has not led to an increase in water levels, according to Braun, though he added that in 100 years, the Sumas Prairie has never had the amount of water accumulation it has been hit with. There’s also concern about the weather events this weekend as well as early next week.

“We are still moving in a positive direction right now. That said, it will likely be weeks before we are able to pump all of the water from the still-flooded portion of the Eastern Sumas Prairie.”

Crews were working around the clock to fix the dikes that had been breached around the Sumas Prairie, with assistance from Canadian Armed Forces personnel.

Our Armed Forces currently hard at work in the Clayburn Village filling sandbags to build a temporary wall in anticipation of the rain forecast this week. This wall is being built to help prevent overflow from the Clayburn Creek into the Matsqui flats and Clayburn Village. pic.twitter.com/cLTQAbmoAO

“Repairs to the main dike are nearing completion and the work there to bring the dike to a height of 23 feet is now 95% complete and expected to be finished before the next rain event, which we expect over the weekend.”

Crews will be paying close attention to the Nooksack River, with Braun warning that if a flood of the river were to occur again, it could cause major problems for recovery efforts.

Assessments are currently being done to determine when evacuation orders and alerts may be lifted.