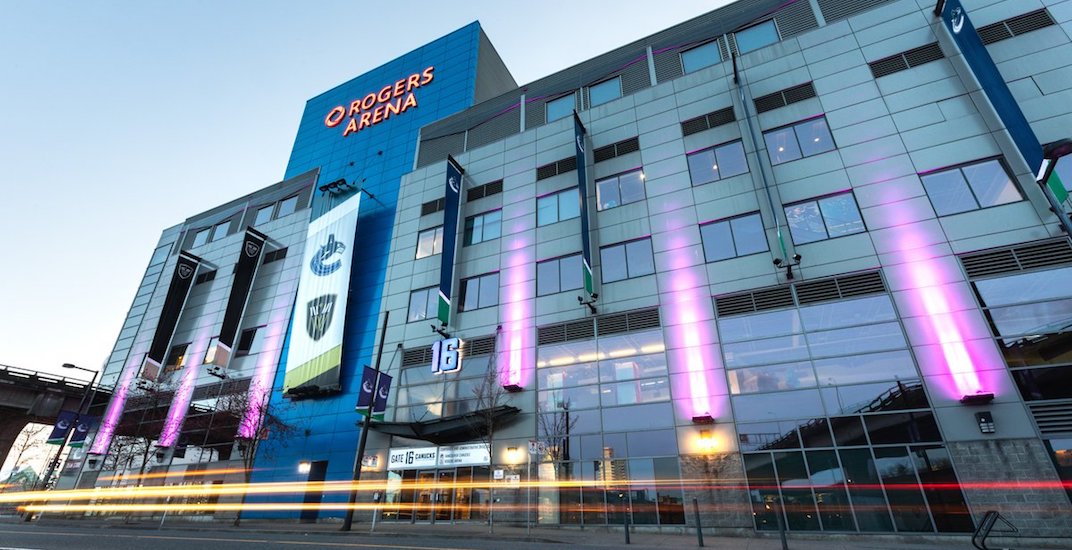 Beginning tonight, the home of the Vancouver Canucks will glow pink to honour healthcare and frontline workers.

Rogers Arena is equipped with outdoor lights, which typically light up blue and green.

#RogersArena will light up pink each night to salute health care and frontline workers. pic.twitter.com/RVNMOOI85y

It’s the latest initiative to show appreciation for the many people who work in essential services that are risking their health during the COVID-19 pandemic.

Last week Vancouverites began applauding from their balconies as a show of support for healthcare workers. That has continued every night since, with increasing popularity, at 7 pm.

To our doctors, nurses, and ALL our healthcare workers on the frontlines… THANK YOU!! #Vancouver #COVIDVancouver #covid19 pic.twitter.com/8QBEoz1Mec

The Canucks have also encouraged making noise at 7 pm, but with a hockey twist.