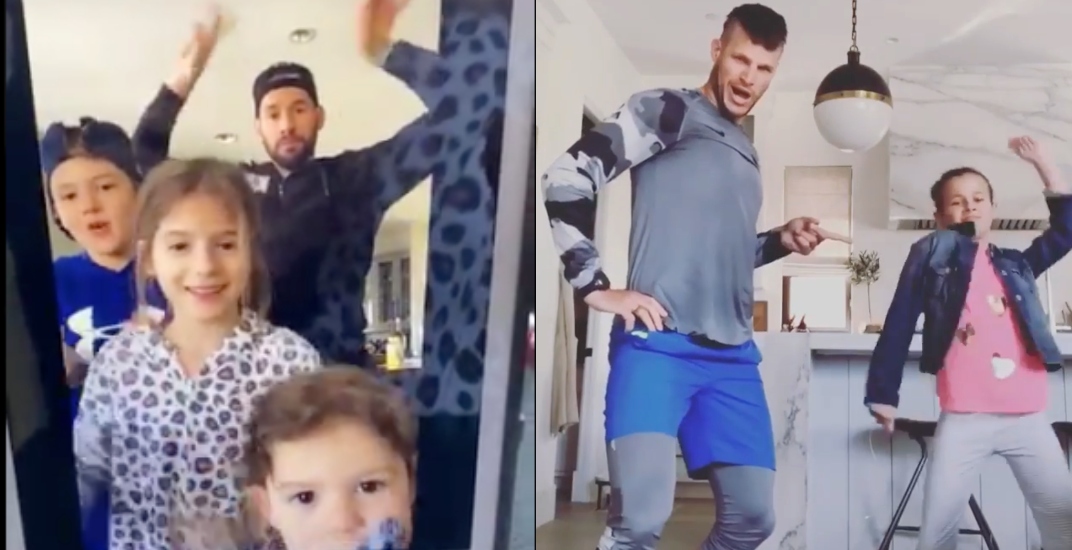 With everyone spending more time indoors with their respective families these days, one thing’s for certain: we’ve all become dancing fools.

Personally, I blame TikTok, but who can resist a good dance challenge?

Ryan Kesler and Kevin Bieksa have taken to the popular social media platform recently, taking a break from their hit podcast to provide fans with a different form of entertainment. The popular former Vancouver Canucks (yes, we can call Kesler “popular” again) have been dancing up a storm with their kids, and the results are outstanding.

With a fresh new haircut, Bieksa and his daughter nailed this routine today:

Meanwhile, Kesler has been laying down some moves with his three kids in Michigan.

And it’s only been 7 days 😂 pic.twitter.com/zlMmGAJGur

The Bieksas have also participated in some impressive displays of athleticism. Here’s Kevin and his wife, Katie, completing the Koala Challenge:

While this TikTok challenge was completed flawlessly: