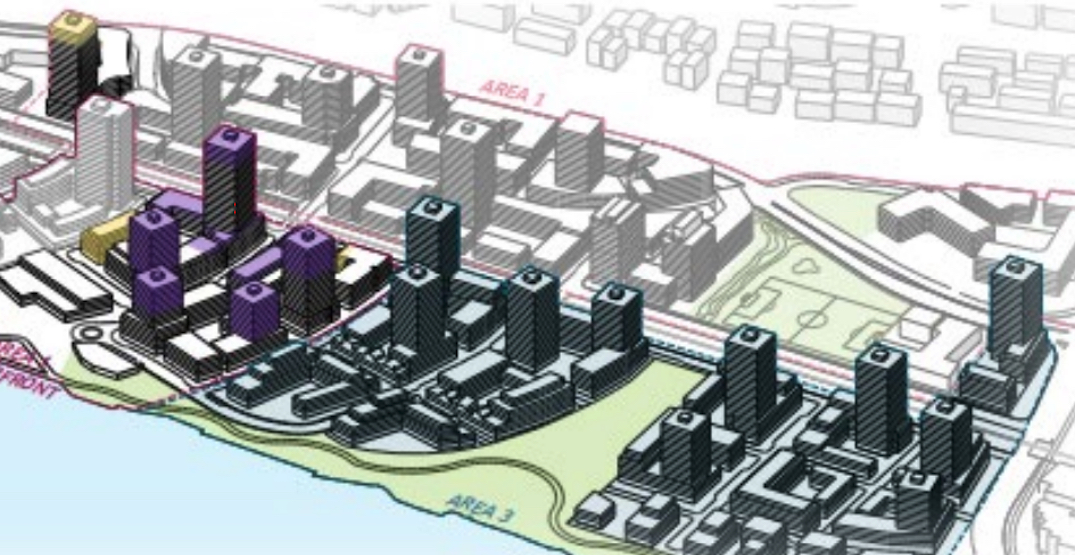 Additional tower sites and extra height for already planned towers are proposed for River District, also known as the East Fraser Lands, in the southeasternmost corner of  Vancouver.

Local developer Wesgroup Properties, the owner and developer of the 128-acre former industrial site along the Fraser River, just south of Marine Drive and west of Boundary Road, is looking to add 1.55 million sq. ft. of additional residential space — specifically within the southeastern parcel of the new neighbourhood deemed as Area 1 and Area 3.

The changes to the additional residential floor area will create about 1,850 extra homes, including 350 units of social housing, 500 units of secured market rental housing, and 1,000 condominium units.

All of this would be accomplished by amendments to the city’s East Fraser Lands Official Community Plan (OCP), which was first approved 15 years ago by Vancouver City Council.

The request for extra density is deemed necessary to cover the sizeable increase in costs to deliver the promised public amenities in the financial package later approved in 2010.

Proposed changes to the OCP

The public amenities package for the new neighbourhood were originally budgeted at $108 million, but it is now estimated at $234 million, including $67 million from the cost escalation of the original OCP amenities, $38 million in additional amenities to support the aforementioned increase in density, and $21 million in added utilities costs to enhance drainage from the downstream flow of water into the neighbourhood.

A new 30,000 sq. ft. community centre on the central riverfront, one of the largest public amenities planned in the existing ODP, is seeing a $15-million funding shortfall on its $35-million construction budget.

The community centre was originally scheduled for completion at the mid-point of the development in 2025, but it has now been pushed to 2027 when more of the residential development is expected to be constructed. 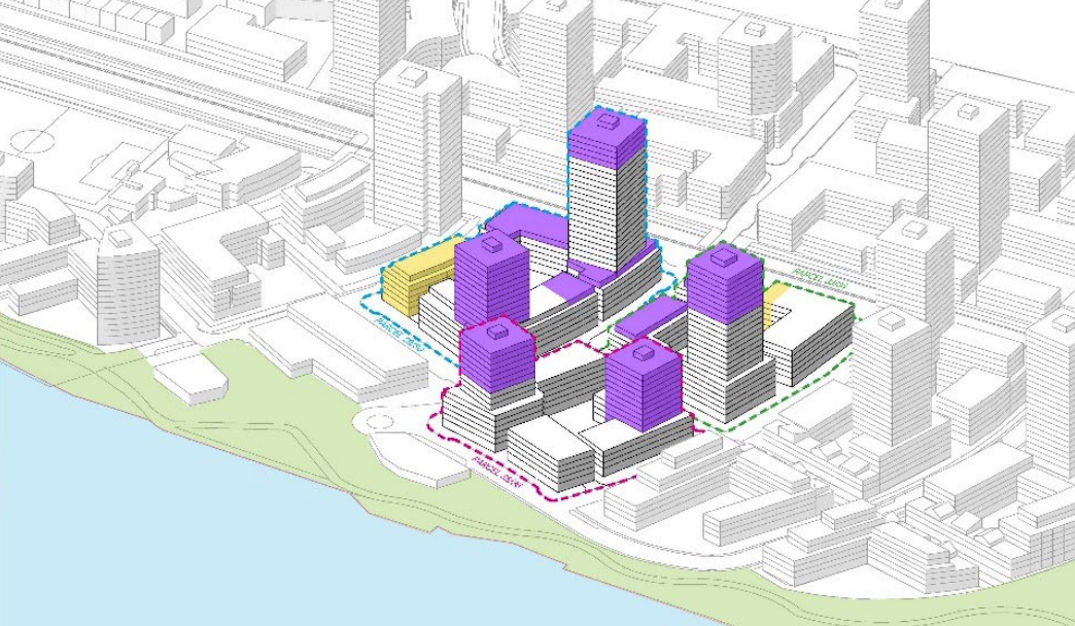 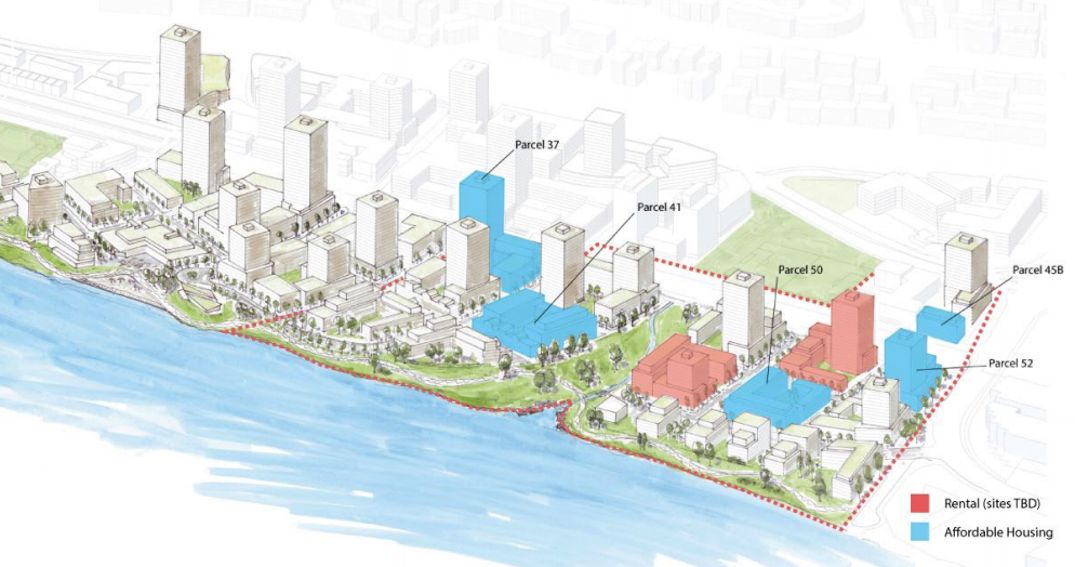 In exchange for the new market residential density, the developer will be required to provide 20 additional childcare spaces, two acres of additional park space, a new park fieldhouse, further transportation improvements, and set aside 20% of the additional residential units for social housing, which will be completed in partnership with the federal and provincial governments.

A new public library and fire station are also amongst the added public amenities, but they will require additional municipal funding to fulfill.

The additional market residential density will also partially cover the funding shortfall for the existing public benefits, with Wesgroup contributing an extra $18.5 million in cash community amenity contributions (CACs) to the city.

As well, the municipal government is considering forgoing the utilities development cost levy (UCDL) of $45 million for future phases of River District. Instead, Wesgroup will cover 87% of the UCDL value on an in-kind basis — worth about $39 million in value — including the in-kind completion of the community centre and utilities upgrades. 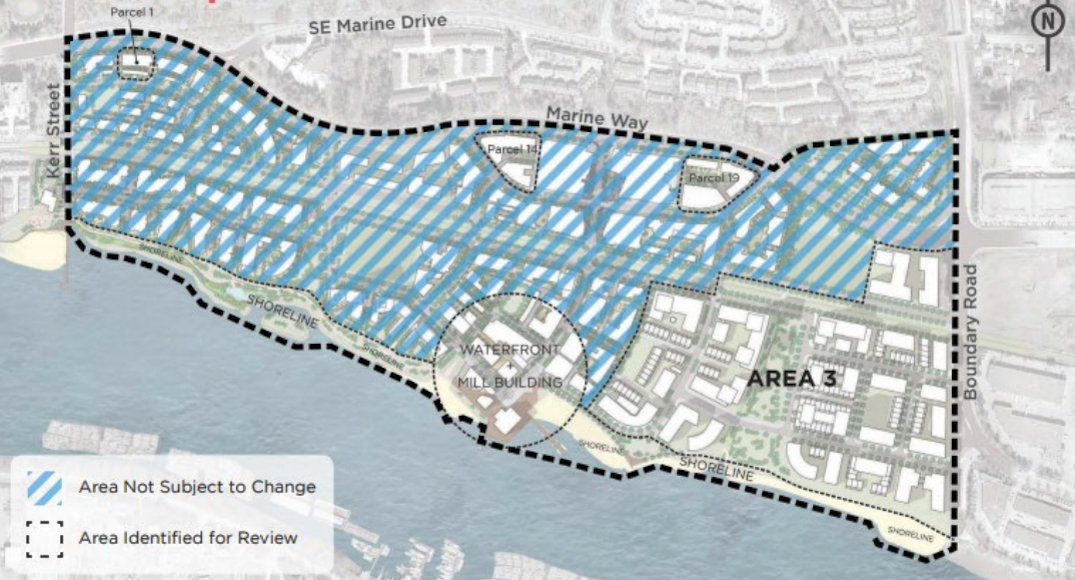 Map of the 2021 proposed changes to Area 1 and Area 3 of River District (East Fraser Lands). (City of Vancouver) 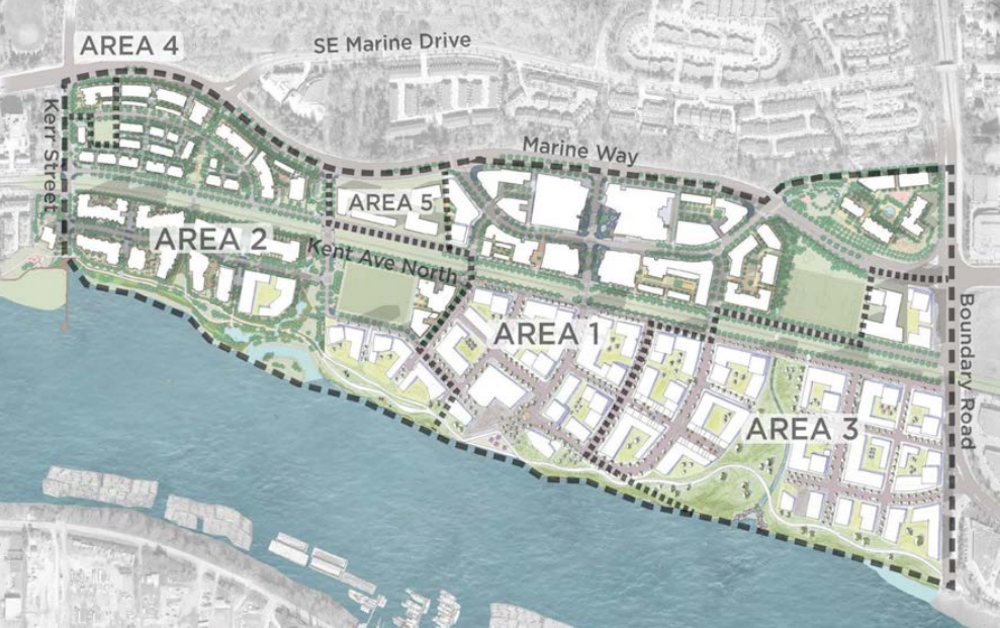 Map of the 2021 proposed changes to Area 1 and Area 3 of River District (East Fraser Lands). (City of Vancouver)

Under the existing OCP, River District’s public benefits requirements entail 25 acres of public parks, open spaces, and waterfront areas, as well as the community centre, four childcare facilities with a combined capacity for 256 kids, after-school care spaces for 140 kids, the provision of two sites for future public schools funded by the provincial government, and parcels of land to accommodate 20% of the units for affordable housing.

As of May 2019, the municipal government has received $5.4 million in CACs and $33 million in DCLs from Wesgroup.

River District’s first public park opened in 2012, and in 2017 the Vancouver Park Board approved the designs of five public parks totalling about eight acres. A second public park reached completion in 2019.

Public parks and open spaces along the riverfront are being designed with improved flood mitigation measures. 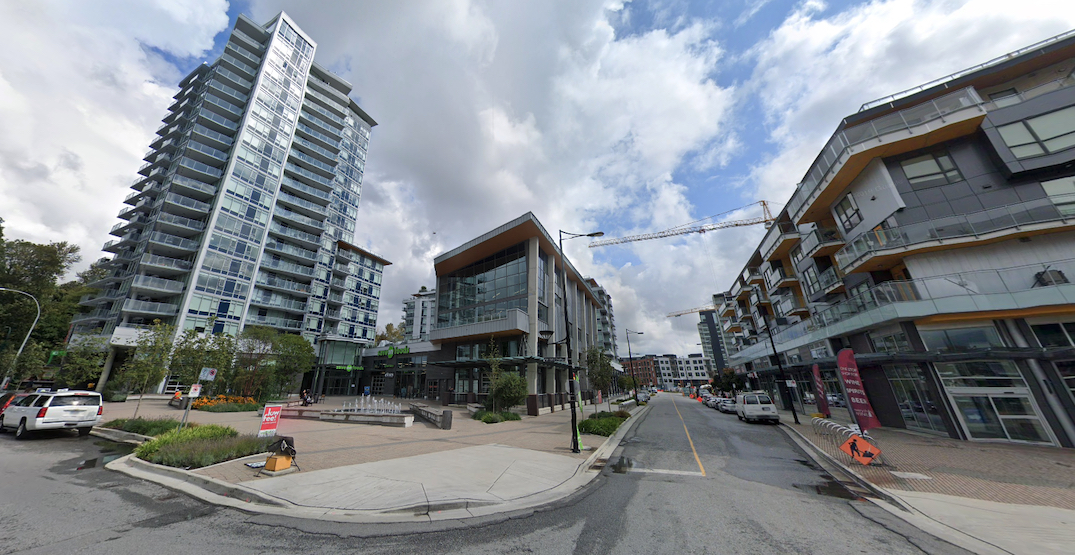 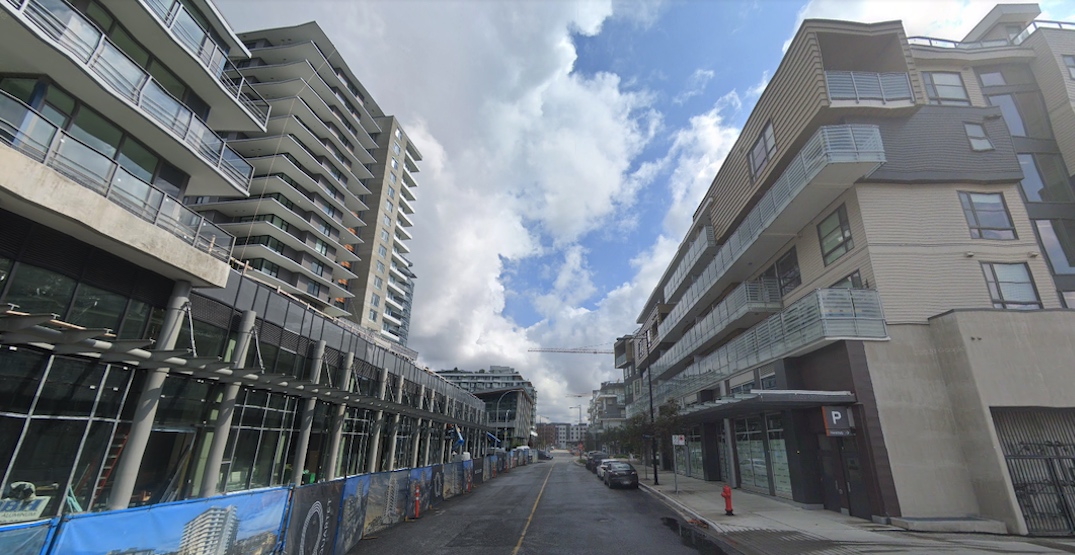 Construction on River District first began in 2010, and so far most of the development parcels in the western half of the neighbourhood have been completed or are under construction.

Over 900 units of social housing are currently under construction or near completion, and Wesgroup has decided to develop three rental housing projects creating a combined total of 565 secured market rental homes, instead of condominiums.

It is estimated that about 3,500 people are currently residing in River District, accounting for over a quarter of the original OCP’s eventual build out of 12,500 residents within roughly eight million sq. ft. of residential floor space. River District also has about 250,000 sq. ft. of neighbourhood-serving retail and restaurant space, including a Save-On-Foods grocery store.

But there is already growing pressure for improved amenities, services, and public transit from the neighbourhood’s current population. Last year, in response to growing demand and traffic congestion issues, TransLink launched the No. 31 bus route, linking River District with SkyTrain’s Metrotown Station in 15 minutes.

Over the years, the public transit authority has also increased service on the No. 100 bus route running along the Marine Drive corridor between Marpole Loop and SkyTrain’s 22nd Street Station.