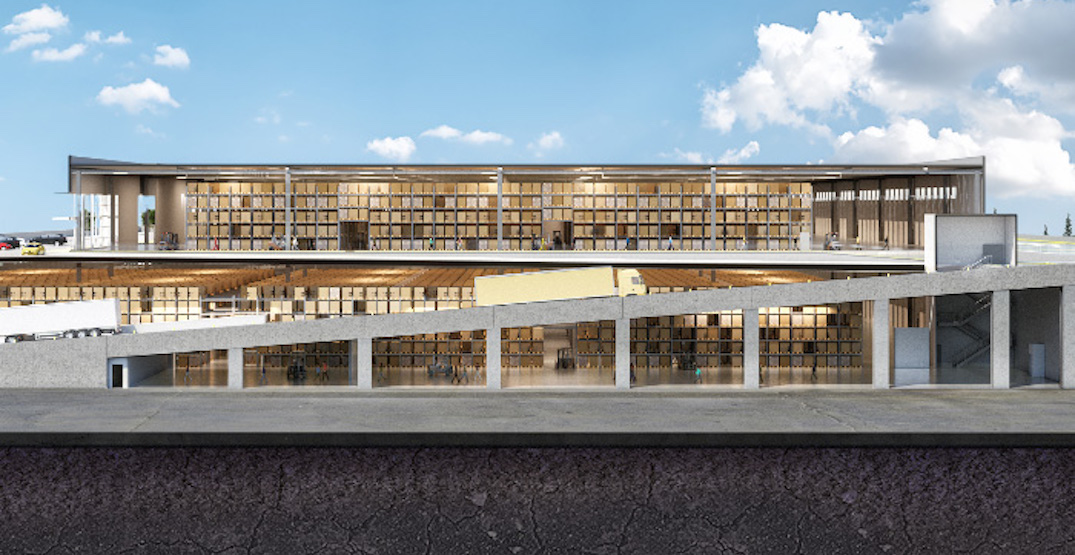 The largest building at the new Riverbend Business Park in the Big Bend industrial district in South Burnaby will be a major Amazon distribution centre.

Earlier this month, Ed Kozak, the city’s planning and building director, told Burnaby City Council during a public meeting that Amazon is slated to become a tenant of the complex’s Building 5 at 8351 Fraser Reach Court.

He said Building 5 would be a significant distribution centre, describing it as the “primary” facility for Western Canada. 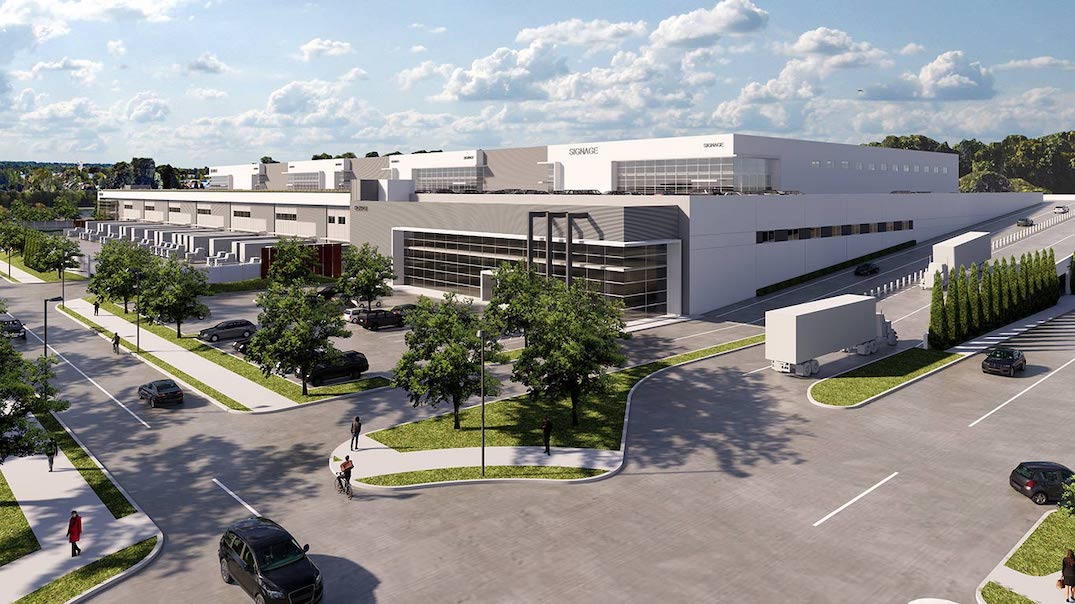 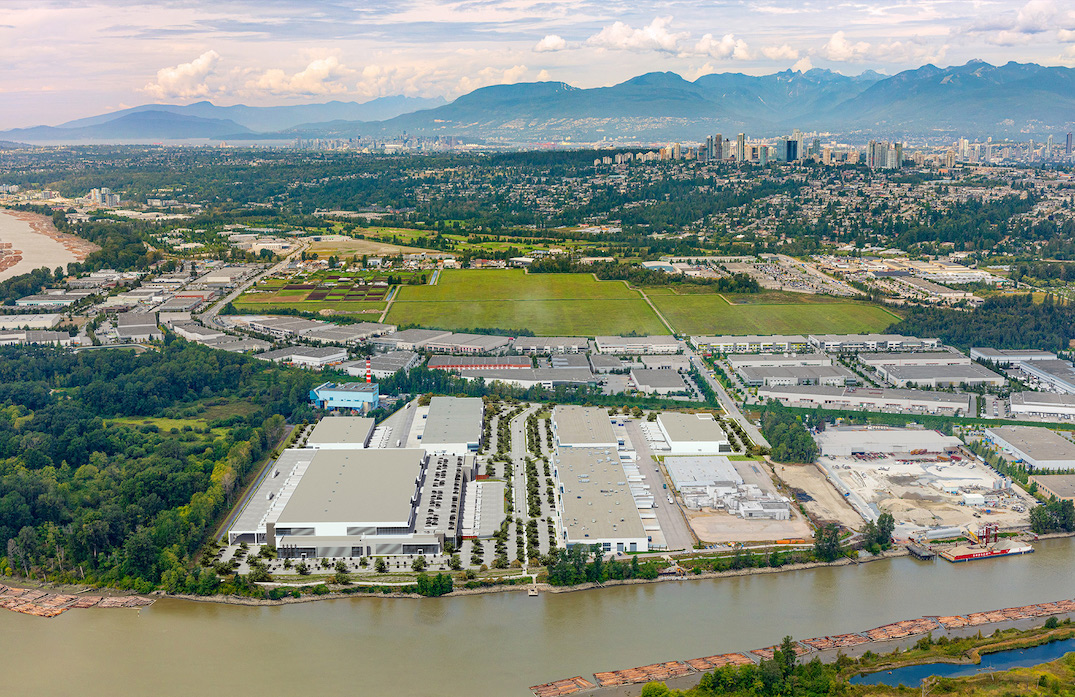 Building 5’s floor area of 707,000 sq ft accounts for more than half of the overall complex, and its space is uniquely stacked over two levels — billed as the first large-scale, multi-level industrial building in Canada. According to Kozak, Amazon will occupy over 500,000 sq ft of space, suggesting the building will have multiple tenants.

Multi-level warehouse buildings of this size for major logistics operations carry a significantly higher construction cost, but they are increasingly seen as one of the solutions to help address Metro Vancouver’s industrial shortage. Such multi-level warehouses are common in Asia and Europe, where large buildings in heavily urbanized areas are limited.

In 2019, Amazon leased 500,000 sq ft of space in a unique three-storey warehouse building in Seattle’s Georgetown area, with another 100,000 sq ft tenanted to Home Depot.

Construction on Building 5, one of the last buildings in the complex, began in 2020 and is currently scheduled for completion in late 2022. In late 2020, the skeleton of Building 5 was used as a filming location for a prison construction site scene in The CW’s Batwoman. 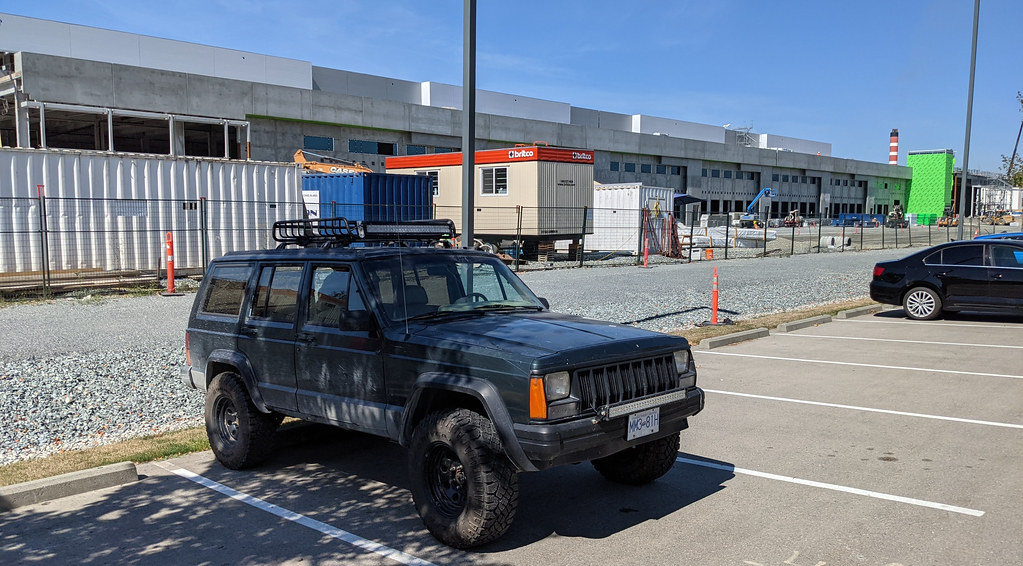 Amazon’s future Riverbend Business Park distribution centre is in addition to the five new distribution hubs the e-commerce giant opened in 2021. The recent expansion includes a 450,000 sq ft fulfillment centre at the Port of Vancouver hub in South Richmond, which is Amazon’s first robotics fulfillment centre in BC. The company also opened a sorting centre in Langley City and three delivery stations in Delta, Langley Township, and Pitt Meadows. All five new facilities combined added 2,000 jobs, with the Richmond facility accounting for half of the positions.

Accelerated by the pandemic’s impact on brick-and-mortar retail, Amazon’s global e-commerce business is projected to reach USD$469 billion in sales in 2021 — a 35% increase compared to 2019. The BC market is no exception in propelling this growth.

Kozak noted other tenants at the business park include a linen supply company and Cellcentric, which currently has a facility nearby at 4343 North Fraser Way. Cellcentric, a joint venture between Volvo and Mercedes-Benz, is working to advance fuel-cell technology towards commercialization. 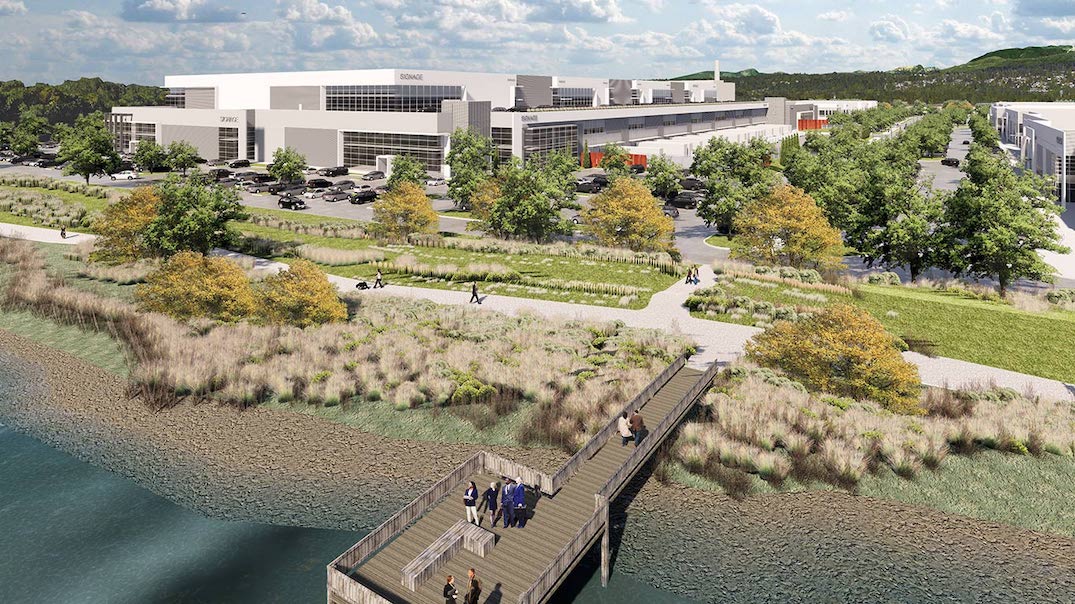 He also highlighted Oxford Properties’ commitment to fund and build a new riverfront walkway and public amenity pier as part of their business park project. But the construction of the pier requires greater involvement from the municipal government, which needs to apply to the provincial government for a water lot license on the Fraser River. As it is a public amenity pier, not a working pier, the city needs to apply for the license.

Riverbend Business Park is being built on a site that was previously occupied by a paperboard milling plant and a landfill.