Vancouver and North Vancouver have the SeaBus across Burrard Inlet, False Creek has a small privately-owned ferry system that connects numerous points along the inner harbour, and New Westminster recently launched the Q to Q passenger ferry service to provide a connection with Queensborough.

And now there is a new effort to provide Richmond, a city surrounded by water on all sides, with its own service.

Dubbed Richmond Harbour Ferry (RHF), the privately-operated, passenger-only service would run along the North Arm of the Fraser River and link a handful of destinations.

“Basically on opinion polls and market trends, we have seen a crazy response. People have said they love it,” Roberto Farinha, the director and founder of Richmond Harbour Ferry, told Daily Hive.

“We’d love to be able to link Starlight Casino with River District, for example. Not everyone in the Richmond area goes downtown Vancouver, but they’d like to see the amenities that are more suited to their communities.”

Construction is underway on a fleet of custom-built vessels, which are larger than the ferries in False Creek due to need for more powerful and larger boats to safely overcome the river’s powerful currents.

The vessels are similar in size to the new ferry system in New Westminster, although the design will be different, with more open deck and additional seating area for added comfort. 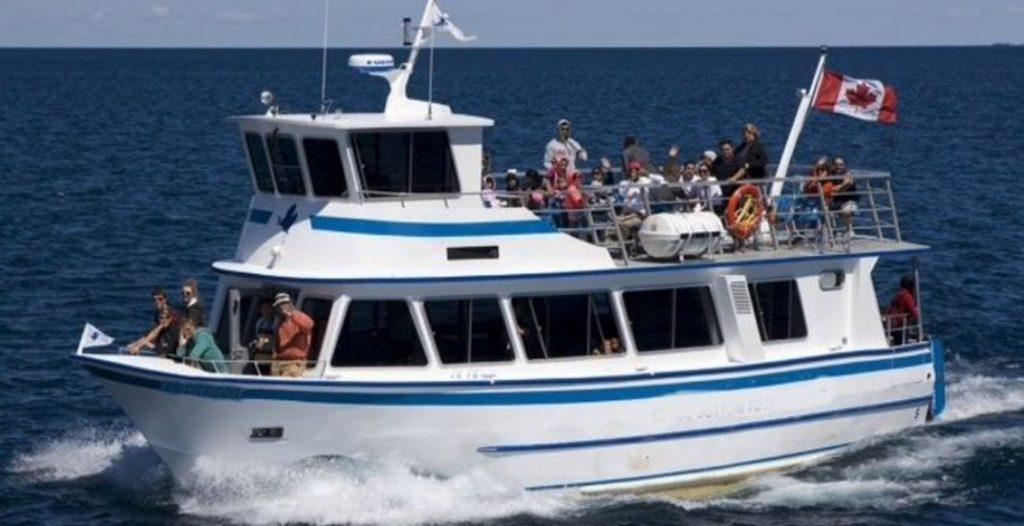 Farinha says demand for such a service exists and continues to grow from the immense densification planned for Richmond and other riverfront areas like River District in South Vancouver.

A significant amount of development is already happening, and over the longer term the City of Richmond’s master plan for its suburban downtown – the area in North Richmond that centres around No. 3 Road – could allow for about 100 mid-rise towers. In fact, the municipality’s designated city centre area could triple in population by around 2040 – from 40,000 to 120,000 people.

Farinha, who owns a construction business that specializes in building towers, notes the idea of a passenger ferry system is hardly a new idea. It was first suggested by the municipal government in 2005, but he says nobody took on the challenge at the time.

In order for the operation to float, RHF intends to partner with both riverfront casinos, waterfront property developers, and the municipal government. This includes negotiations for dock and marina access, which are largely on private property.

“I’ve invested my own capital, but I’m also trying to get other capital from other parts of the community, businesses that would profit from it, City endorsement, and other avenues,” he continued. “We’re working with the City right now, and they have been really positive and see the benefits.”

“This type of thing is not really a big money maker, it benefits the community. It is not so much about taking from the community but giving back.”

RHF has ambitious plans to have its first vessel operating by the fall.

In contrast, New Westminster’s Q to Q ferry is a municipal government-spearheaded program, and it began only last year as a pilot program, with operational subsidies provided by the municipality to cover operational costs and one-time dock modification costs.

New Westminster pursued a new ferry service after plans to build a pedestrian-only bridge across the Fraser River to link Quayside and Queensborough fell apart.