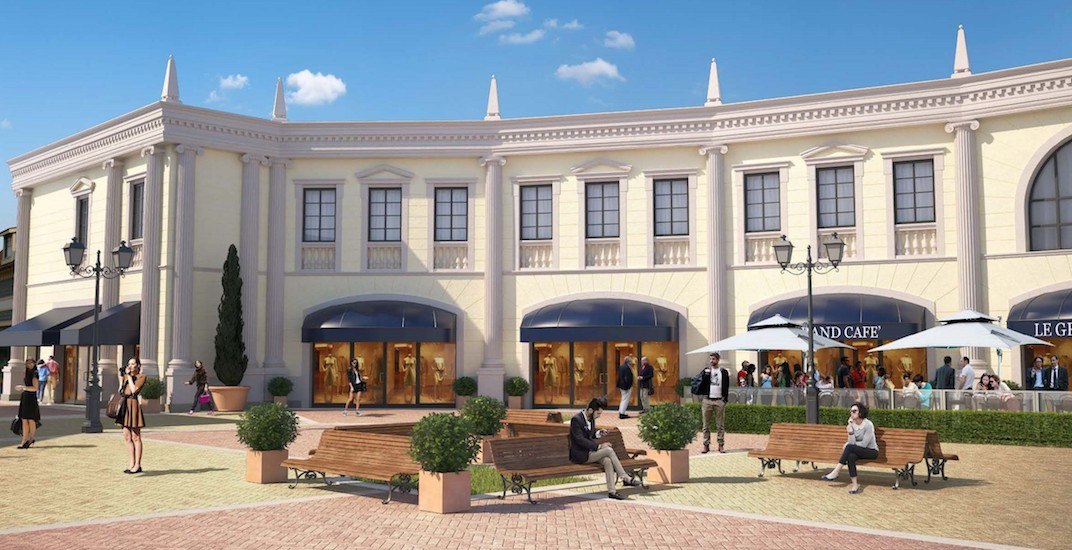 The outlet mall at Vancouver International Airport is now a go-ahead for expansion, with construction on the second phase now commencing.

There will be 35 new retailers coming, which will be located on the vacant, undeveloped site between the existing outdoor mall and Arthur Laing Bridge. It will “mirror” the shopping centre’s existing European design, expanding on the open-air village style with luxury piazzas, cobblestone walkways, and unique themed facades. 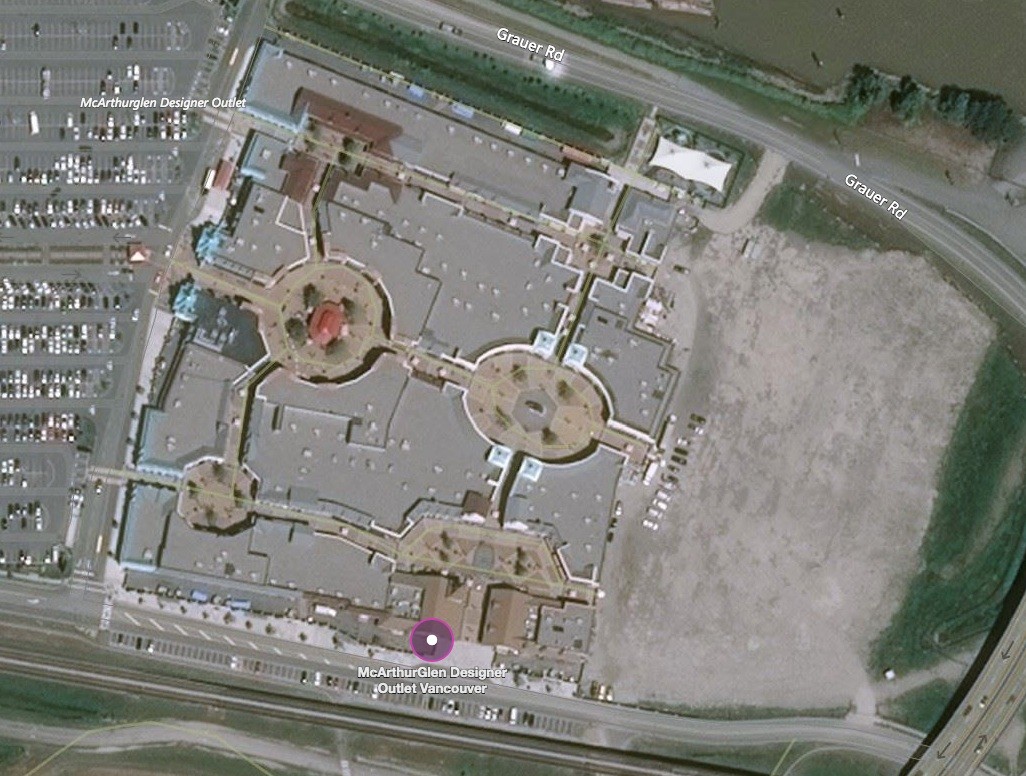 Aerial view of McArthurGlen Vancouver Airport Outlet Mall, with the existing mall to the left and the future expansion on undeveloped land to the right. (Bing Maps) 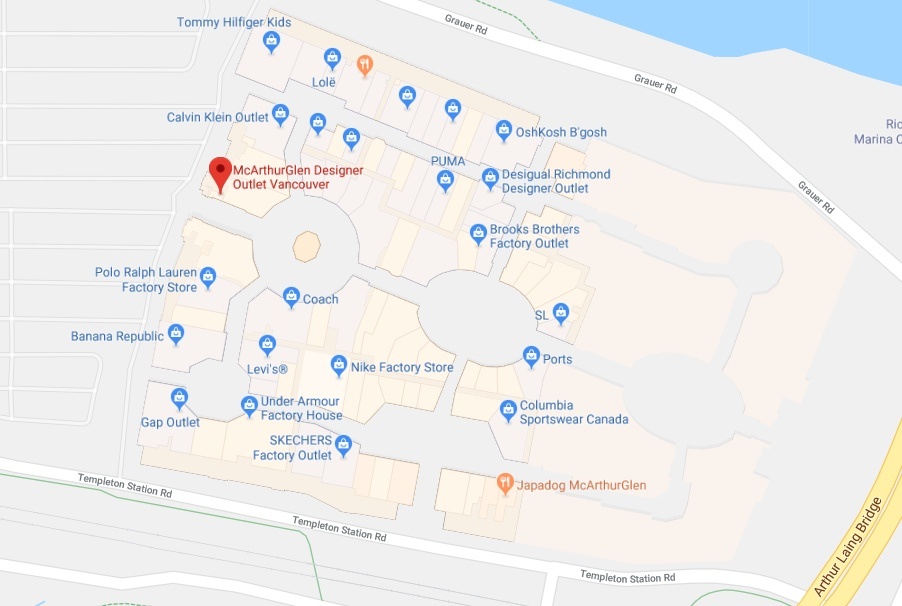 Map of McArthurGlen Airport Outlet Mall, with the existing floor area to the left and the future expansion shaded in a different colour on the right. (Google Maps)

This second phase expansion is significantly smaller than what was proposed before, when McArthurGlen said the next phase would add another 200,000 sq. ft. to the shopping centre.

However, a spokesperson for McArthurGlen told Daily Hive that a decision was recently made to split the remaining expansion space into two further phases. There is no timeline for when the third phase could occur.

The existing 240,000-sq-ft mall has 70 stores, and it will remain fully open throughout the construction period. According to operators, it has seen nearly 10 million shoppers since opening in July 2015.

“In less than three years the centre has become a key retail destination in Metro Vancouver,” said Robert Thurlow, general manager of McArthurGlen Designer Outlet Vancouver Airport, in a statement.

“We have seen tremendous support from local communities and tourists from all over the world and we’re proud of our growing list of awards and various in-centre events and activities. As one of Canada’s best performing malls, we are excited to expand our existing offer, elevating the retail experience for our guests and brand partners.” 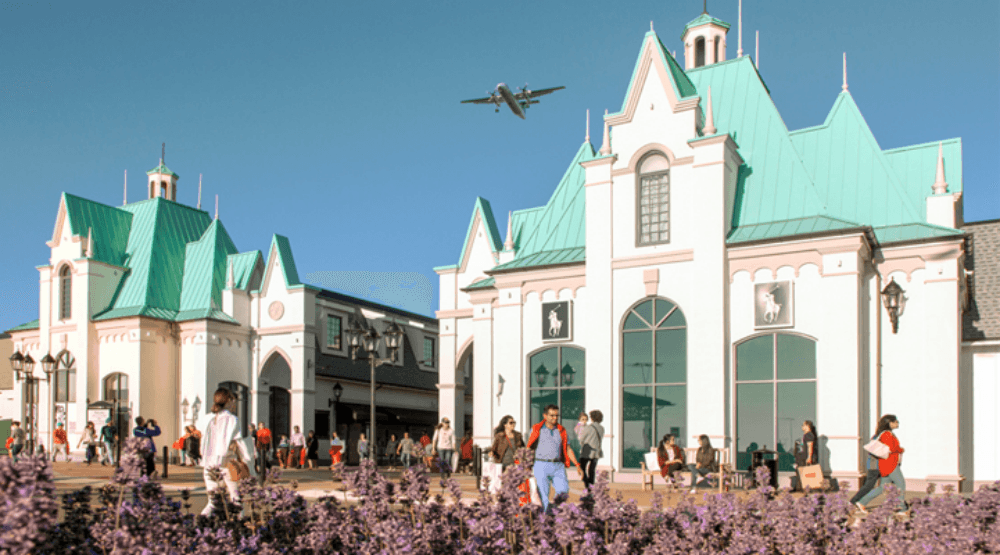 London-based McArthurGlen has 24 luxury outlet malls around the world, with Vancouver being its only North American location. While these malls are normally further out in the suburbs, the YVR airport location is within close proximity to the city and accessible by transit.

McArthurGlen’s Vancouver location is jointly owned by McArthurGlen and the Vancouver Airport Authority, which is using the shopping mall to generate new ancillary revenues to help lower costs for airlines and travellers.