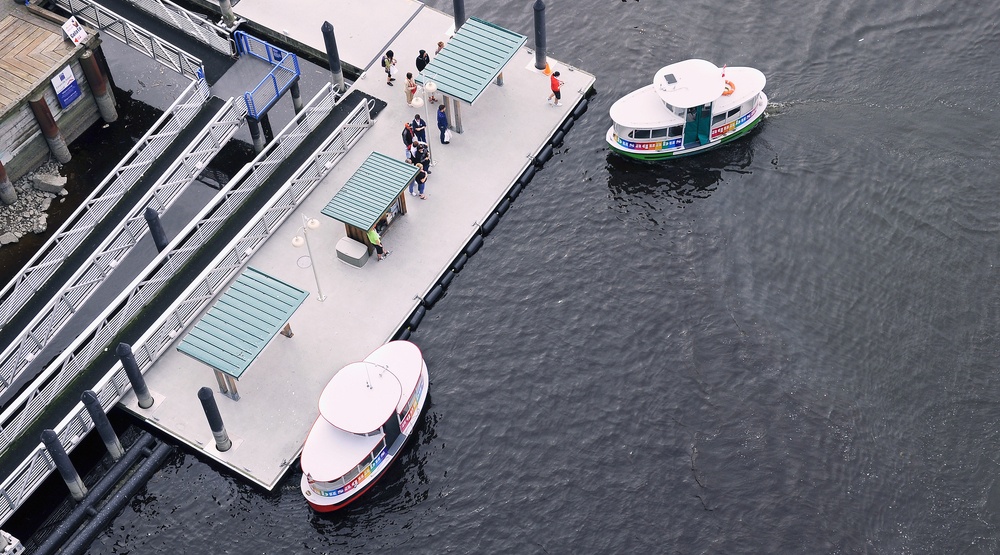 A new passenger ferry service across the Fraser River could become New Westminster’s equivalent of the AquaBus and False Creek Ferries that run in Vancouver.

The City of New Westminster is planning to start a new passenger ferry service across the Fraser River from a dock near the River Market to the Queensborough neighbourhood.

A request for proposals issued by the City of New Westminster earlier this spring states the municipal government is looking for an experienced private operator to run a pilot passenger ferry service.

The service would run from a dock under the Inn at the Quay near River Market in downtown New Westminster to a dock at Port Royal in Queensborough.

The distance between the two docks is roughly 1 km, which means it would take a small vessel between five and 10 minutes to make a crossing. 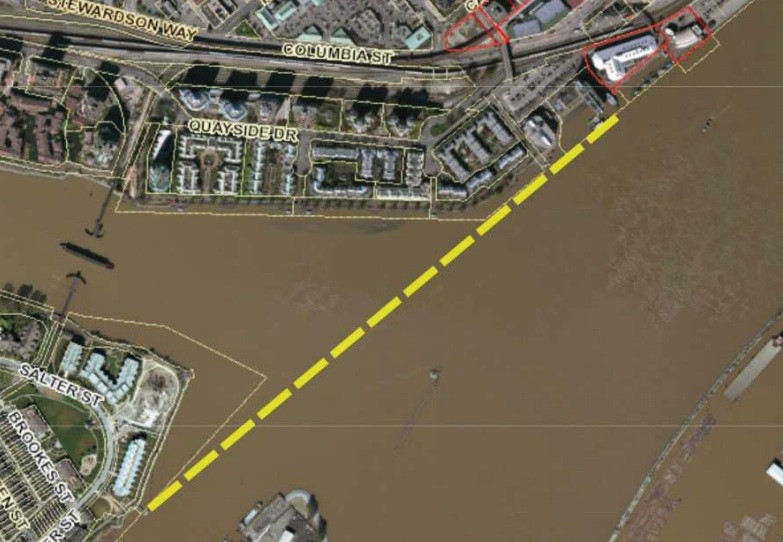 Proposed route of the new passenger-only ferry service from the Inn at the Quay to Queensborough. (City of New Westminster)

The City says the ferries must be able to accommodate at least 12 passengers and four bicycles. Ferries will likely run every 15 to 20 minutes during operating hours.

While the contractor will operate the vessels and collect fares on behalf of the municipal government, the City will take on the responsibility of maintaining the ferry docks and performing communications and marketing.

Interested parties have until June 15 to submit their bids to the municipal government.

Ferry service an alternative to bridge

Over the last few years, New Westminster has been contemplating constructing a pedestrian-only bridge across the Fraser River between Quayside and Queensborough.

A 230 m long, 3 m wide bascule draw bridge, which can be raised to allow tall vessel traffic to pass through, was envisioned.

Early conceptual artistic rendering of the Q2Q Bridge across the Fraser River. (City of New Westminster)

But this ‘Q2Q Bridge’ plan fell apart last fall when a City-commissioned study by SNC Lavalin found that a bridge would cost $39.1 million to construct, far greater than the $11 million allocated by City Council.

Costs for the structure soared due to the need to build a taller bridge with more clearance so that most marine traffic can pass without the need to open the bridge.

There was opposition to the idea of a taller bridge during the public consultation phase over concerns that the structure would be visually intrusive.

Proposed alignment of the Q2Q Bridge across the Fraser River. (City of New Westminster)