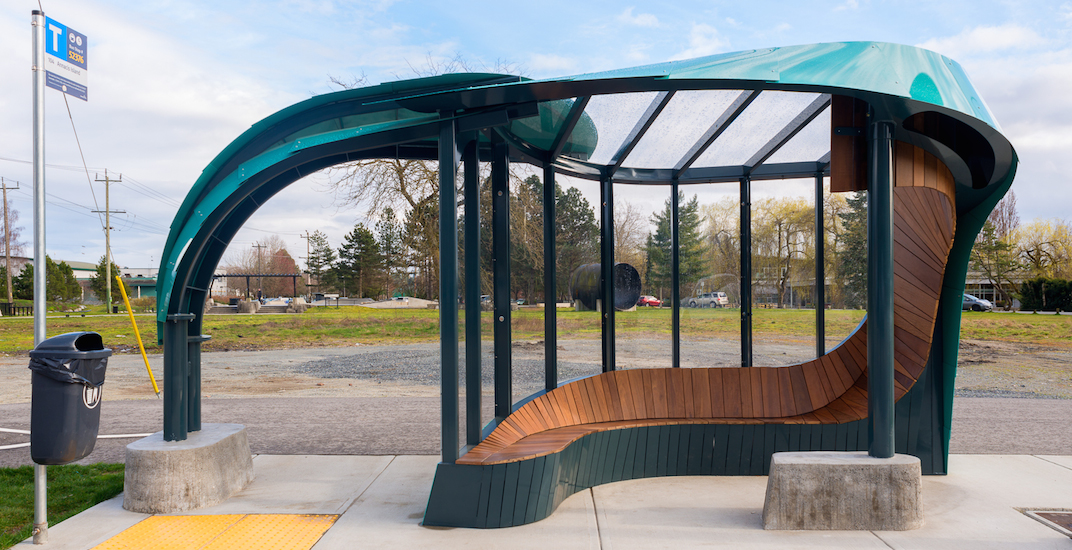 What would a functional bus shelter doubling as a public art sculpture look like? 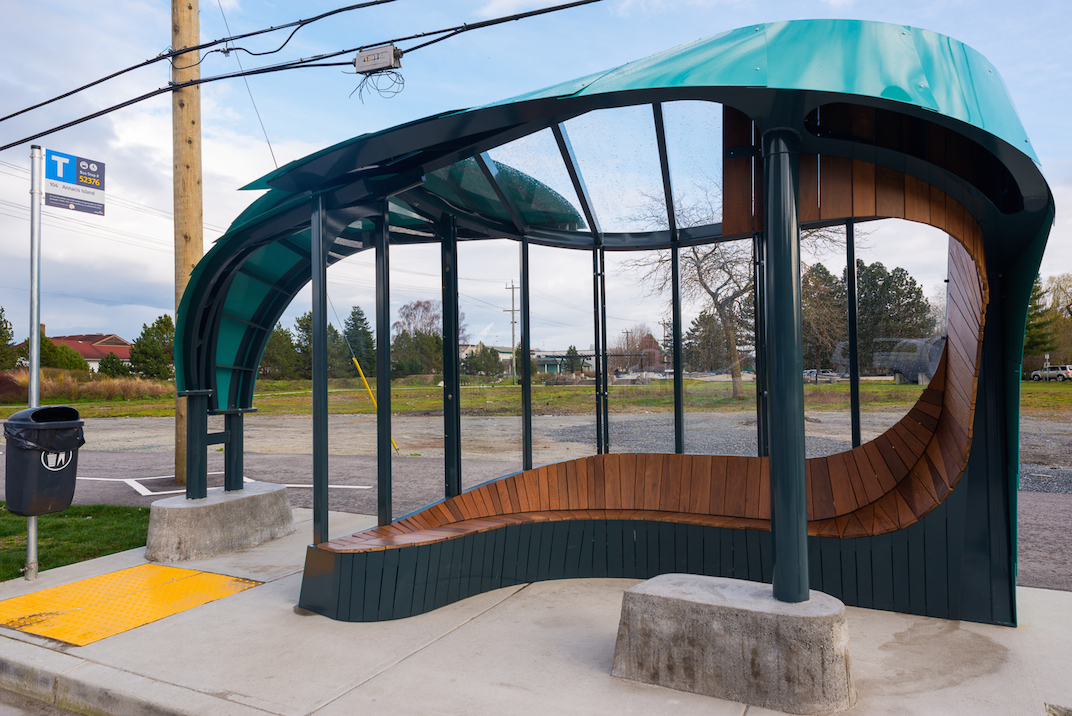 This is a real bus shelter that serves TransLink’s route No. 104, running between 22nd Street Station and Annacis Island.

And it’s all part of the City of New Westminster’s public art program, which commissioned Studio HUIZENGA to design the installation. 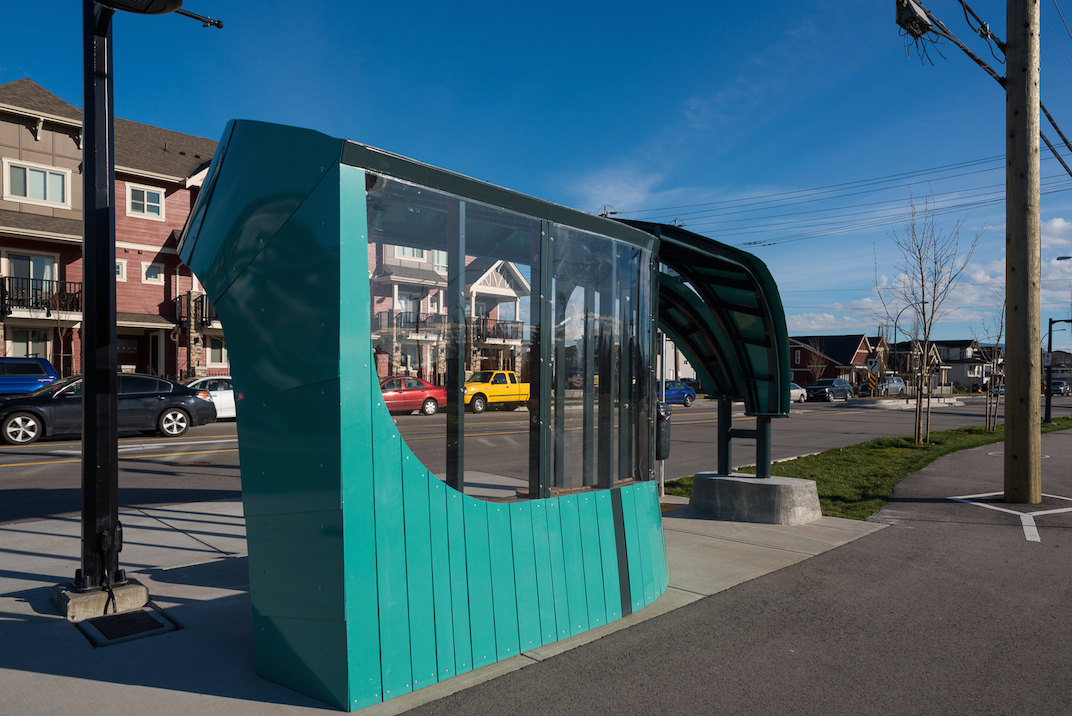 The sweeping, curvy design is said to be inspired by Queensborough’s natural landscape, and the project aims to improve the transit riding experience while also increasing local exposure to public art.

It has a large glass windscreen, a sunroof, and a large wooden bench, with the wood finishing extending to the ceiling. 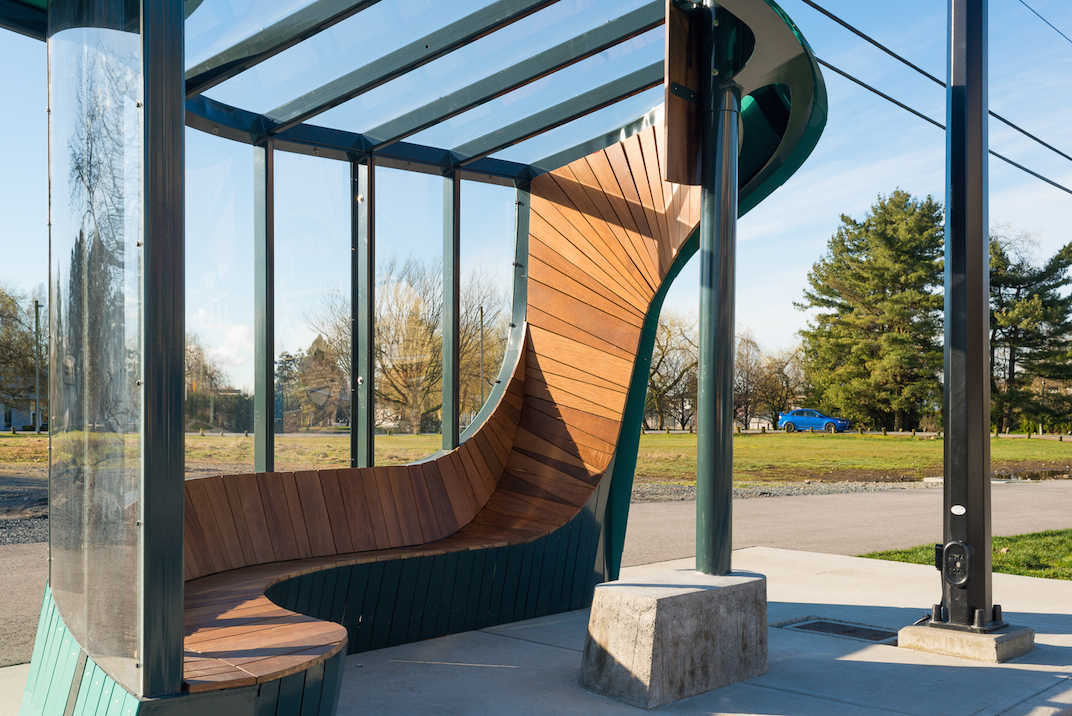 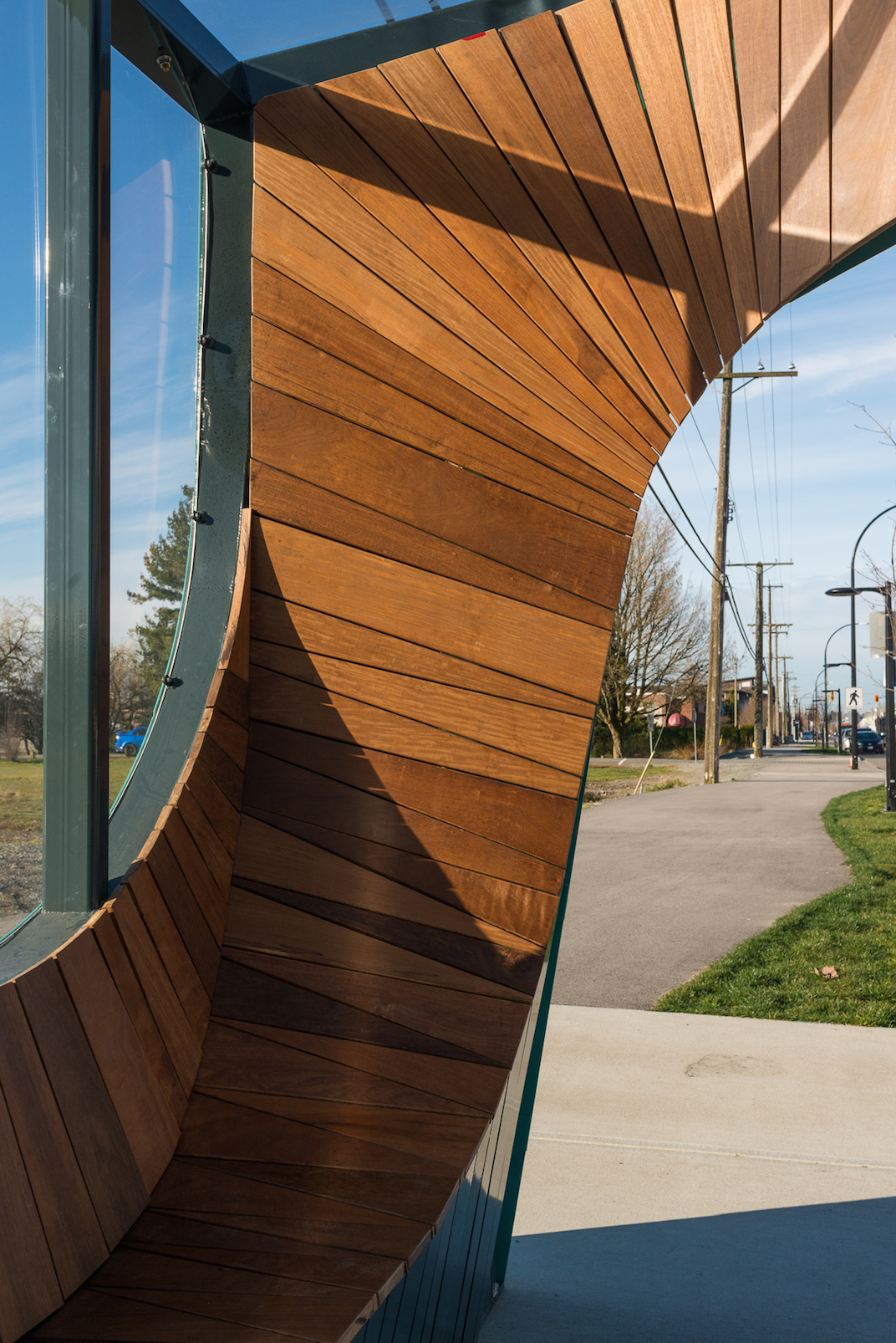 “Cities and transportation agencies have been incorporating public art into transit operations over the past 20 years in an effort to increase ridership through improved aesthetics,” said New Westminster Mayor Jonathan Coté in a statement.

“We are proud to bring a unique public art design to the functional structure of the Queensborough bus shelter which will not only enhance the everyday rider experience but also beautify the community.”

More new bus shelters will also be coming to numerous bus stops across the region over the near-term, but this will be a TransLink initiative.

And as part of a comprehensive B-Line expansion and improvement program, the public transit authority plans to install new special bus shelters at B-Line stops. The features of these new B-Line shelters will include real-time information screens displaying the current time and time of arrival of the next buses and accessibility elements such as yellow tactile pads.