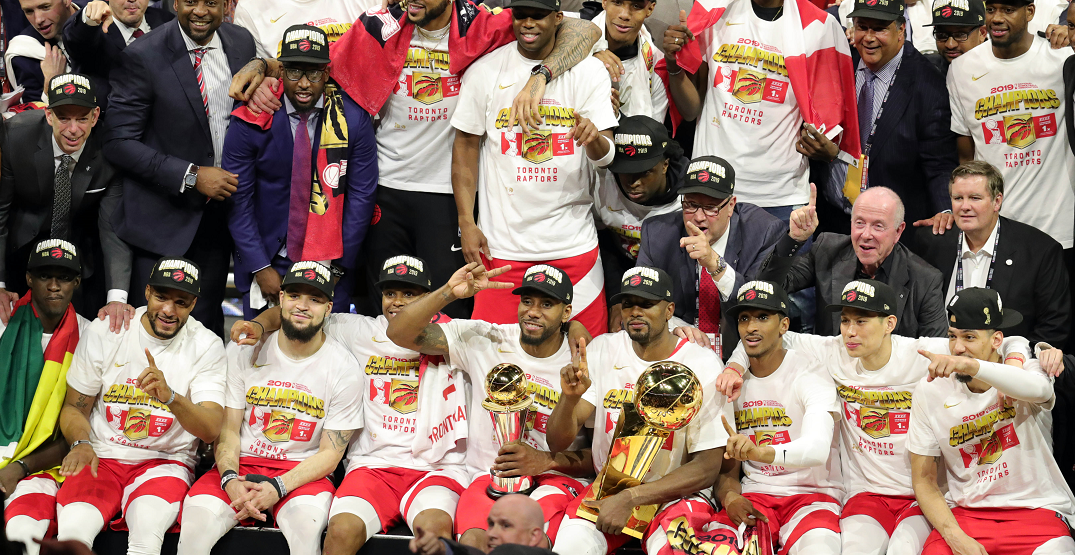 The 2019 Toronto Raptors will forever go down as one of the most iconic teams in Canadian sports history.

Whether it was The Shot by Kawhi Leonard that clinched the second-round series win over the Philadelphia 76ers, the last bucket by Pascal Siakam, Marc Gasol getting drunk at the championship parade, or any other moment from the run, the 2019 team was simply special.

One thing that shaped the team in ways both good and bad was how short-lived their time together was in comparison to most championship rosters. Leonard was the key example, leaving the franchise after just one season, but three years later, the roster has been mostly gutted save for a few pieces.

Without further ado, let’s look at where each player ended up.

It’s impossible to tell the story of the 2019 Raptors without talking about Kawhi Leonard. With uncertainty around his health, willingness to play for the Raptors, and future contract status with the team, Leonard simply put on a masterclass throughout the 2018-19 season and carried that right through to the playoffs.

The 2019 Finals MVP ultimately left Toronto in free agency that summer and hasn’t had the same success since, but left the biggest one-and-done stamp in NBA history when he was with the Raptors.

Kyle Lowry’s departure away from Toronto was many things: emotional, gut-wrenching, and, as all parties would admit: probably necessary for everyone involved.

Asked Kyle Lowry about what he thought of the matchup against #Raptors rookie Scottie Barnes and about what he told him in this moment: “He fits in perfectly here… I just told him to keep going, don’t stop.” https://t.co/G962I23yH5 pic.twitter.com/XTR6ZLgABo

After nine seasons and six All-Star appearances in Toronto, Lowry left last summer for the Miami Heat in a sign-and-trade deal that brought Precious Achiuwa and the eventually-maligned Goran Dragic back to the Raptors. Lowry’s Heat made it to the Eastern Conference Finals but fell to the Boston Celtics in 7 games.

Pascal Siakam on what he'd tell a teenage version of himself:

"Be fearless, be patient. It's gonna be hard. It's not gonna be easy. Just always believe in yourself. You are way more powerful than what you can imagine… the world is yours."
(Q via @Amit_Mann) pic.twitter.com/suj4Hh6HbI

Since that season, Siakam has made two All-NBA teams and earned his first NBA All-Star selection, all while transitioning into a new leadership role on the Raptors.

Wherever he goes, Danny Green just wins championships. Except for Philadelphia, it seems.

Green left the Raptors in 2019 and signed with the Los Angeles Lakers, subsequently winning his third NBA ring after also winning in 2014 with the San Antonio Spurs. Once considered a “throw-in” to the Kawhi Leonard trade, Green put up some monster playoff performances (and a few tough ones, admittedly) in Toronto, including 18 points in a Game 3 win over Golden State in the Finals.

At age 34, Green’s NBA future is uncertain, though: he’s dealing with an LCL and ACL tear in his left knee and is expected to miss much of next season.

Like Siakam, VanVleet used the 2019 run as a springboard for the rest of his career and made his first All-Star game this past season.

In a chat with Daily Hive last week to promote his partnership with Amex’s Blueprint: Backing BIPOC Businesses project, VanVleet said he’d love to spend his entire career playing with the Raptors.

Marc Gasol came to Toronto in exchange for Jonas Valančiūnas, a move that eventually signalled the final piece of the puzzle for the Raptors’ championship hopes. Gasol re-upped in Toronto for 2019-20, before eventually signing with the Los Angeles Lakers the following summer.

He eventually returned to his home country of Spain to work as a general manager and co-owner of Girona Basket, but decided to join the playing roster this past season.

A fan favourite of many Raptors supporters,  Serge Ibaka’s departure from Toronto mirrored Gasol’s. While Gasol went to the Lakers, Ibaka left that same week in 2020 to sign with the Los Angeles Clippers and join his old buddy Kawhi Leonard.

Ibaka and Leonard made it to last year’s Western Conference Finals, but he was ultimately moved to the Milwaukee Bucks this past season at the trade deadline. Now a free agent, perhaps he’ll move north of the border once again?

Norman Powell was picked up by the Raptors in a trade for Greivis Vasquez on draft night in 2015, and went through the wringer with the team over the next few seasons.

Powell departed to Portland through a trade in exchange for Gary Trent Jr. and Rodney Hood in 2021, and then was flipped to Los Angeles at the 2022 NBA deadline earlier this year. In all, he suited up for 349 games with the Raptors, which sits 13th in franchise history.

Chris Boucher rose from the depths of the Raptors’ bench to being a key contributor on their roster each of the past three seasons. He’s set to hit free agency this summer (though he could remain with Toronto), and has suited up for 230 games for the Raptors since joining the team in 2018-19.

The most recognizable face on the Raptors’ latter part of their bench, Jeremy Lin hasn’t returned to the NBA since the 2019 season.

He’s spent time with both the Beijing Ducks of the CBA and the G League’s Santa Cruz Warriors, but hasn’t ruled out returning to the top league in the world if he’s offered a contract. Next month, he’ll be back in Toronto for a charity basketball game, while he’s also in the process of opening a series of basketball schools around the GTA.

Malcolm Miller spent three seasons with the Raptors, his lone NBA organization, where he made his way into 53 games. He stuck around for the 2019-20 season, before eventually joining the  Salt Lake City Stars of the NBA G League. This past year, he played in Italy for Vanoli Cremona, the same team where current Scarborough Shooting Stars player and former Raptor Jalen Harris spent a season.

Jodie Meeks hasn’t played in the NBA since his time with the Raptors, but rejoined the organization for 15 games with Raptors 905 this past season. He played 15 games, before being waived in March.

A three-time NBA champion (who also won twice with Golden State), McCaw stayed with the Raptors throughout 2021 before finally being waived. This past year, McCaw re-emerged in the G League with the Delaware Blue Coats, the 76ers’ farm team.

Eric Moreland played just four games with the Raptors, the last of his 83 total NBA games to date. He’s currently on the roster of the China-based Liaoning Flying Leopards.

Having played just 12 games for Toronto (with no postseason minutes), Jordan Loyd’s most famous contribution came from being pictured next to Leonard and Joel Embiid during the series-clinching shot. Loyd became known as the “random guy in a suit”, which he mocked at the team’s championship parade.

"Random guy in a suit" pic.twitter.com/LfYDMmHt6Q

Loyd did win another title this season, winning the Russian VTB League with Zenit St. Petersburg.