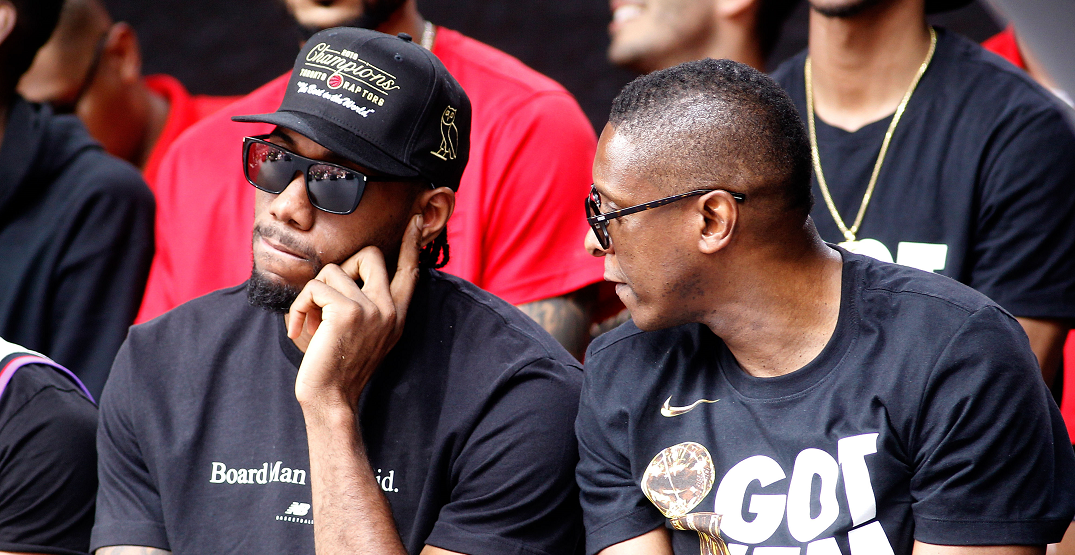 What if Kawhi Leonard had stayed with the Toronto Raptors?

It’s a question that many NBA fans have probably thought about at some point, as nobody likes their sports hypotheticals more than basketball diehards.

For Toronto Raptors fans, one major “what-if” still clouds Twitter threads and message boards: what if Leonard had re-signed with the team in the 2019 offseason?

With the option to go to several markets after winning the 2019 NBA Finals MVP, Leonard chose to return home to California and sign with the Los Angeles Clippers. He spent under a year in Toronto, arriving one July and leaving the next, but had the most impressive one-and-done season in league history, culminating in the NBA championship.

This whole article is based upon reasonable guesses, but we’re going to make three major assumptions to base everything else on:

The Raptors were already very good the season after Leonard left, within one game of the 2020 Eastern Conference Final.

In 2020-21, they fell apart, finishing with a 27-45 record. It’s hard to imagine that happens with a healthy Kawhi, as in a healthy season, he’s never finished with less than 47 wins.

Picturing the on-court implications of the team three years out from the hypothetical signing that wasn’t is tough, but we’ll do our best to estimate what things could’ve looked like in the big picture for the Raptors.

Without Kawhi, the Raptors were still a force in the season following his departure, winning 53 games and finishing second in the Eastern Conference.

Seeds 6-8 won a combined one game in the first round of the Eastern Conference playoffs, with Toronto, Miami, and Boston all picking up sweeps. With or without Kawhi, it was likely these three teams and Milwaukee making up the East’s final four.

Toronto fell in the second round of the playoffs to Boston in an epic seven-game series. With Kawhi on the Raptors, there’s no OG Anunoby buzzer-beater in Game 3 of that series, as he’d likely be relegated to the bench in crunch time moments in favour of Leonard.

There’s no telling if the Raptors could’ve managed nine more playoff wins to win a second consecutive title, but it doesn’t seem out of the realm of possibility given how tight the Eastern Conference was at the top that season.

It’s not as black-and-white as crowning the Raptors as back-to-back champions if Leonard stayed, but it’s not too unfathomable to think he could’ve pushed them over the top.

If the Raptors were even slightly better in 2020-21, they wouldn’t have had the opportunity to move up in last year’s draft lottery and take Scottie Barnes at fourth overall. Barnes has been everything Toronto fans could’ve hoped for so far, winning the NBA Rookie of the Year award this past season. The biggest question is… what’s next for him?

When healthy, Kawhi has hit that top-tier level of superstar that Barnes hopes to become.

It’s not an easy tradeoff to consider — keep Kawhi for the latter stages of his NBA prime, or hope that Barnes can hit that top-10 player ceiling.

Whether it’d be Jalen Suggs, Jonathan Kuminga, Franz Wagner, or Josh Giddey coming to Toronto instead of Barnes, the list goes on, but it’s hard to imagine him being available wherever the Raptors ended up in last year’s draft.

Kyle Lowry left the Raptors last offseason in one of the most difficult departures in Toronto sports history.

Toronto wanted to go younger in a retool, while a veteran Lowry wanted to go to a contending roster. But would that have happened if Leonard had kept the Raptors as a top NBA squad last season? Would Lowry have looked elsewhere for a contending team if he could’ve had one in Toronto? As Lowry said before his return game in April, “it was time for the next phase” of his career.

It’s been an up-and-down season for Lowry, including a lengthy personal absence and numerous injury issues, with his Heat currently down 3-2 against Boston in this year’s Eastern Conference Finals.

If Lowry never left, there’s a full chain of events that also get cancelled out for the Raptors: no Precious Achiuwa, no Thaddeus Young, and yes, probably no Goran Dragic saga.

While the initial Kawhi Leonard trade was one of the biggest trades in Raptors history, Gary Trent Jr. is the current Toronto player with the largest role that was acquired via the trade market, acquired in 2021 for Norman Powell.

It’s reasonable to assume Toronto might not have been willing to part with 2019 NBA champion Powell if things were going well with Leonard in town, as he signalled the fifth rotation piece of the championship team to leave in less than three seasons after the free agency departures of Serge Ibaka, Danny Green, and Marc Gasol in addition to Leonard.

We’ll never know exactly what Toronto would’ve looked like had Leonard stayed, but it’s safe to say the franchise was forever altered by his one year with the team.