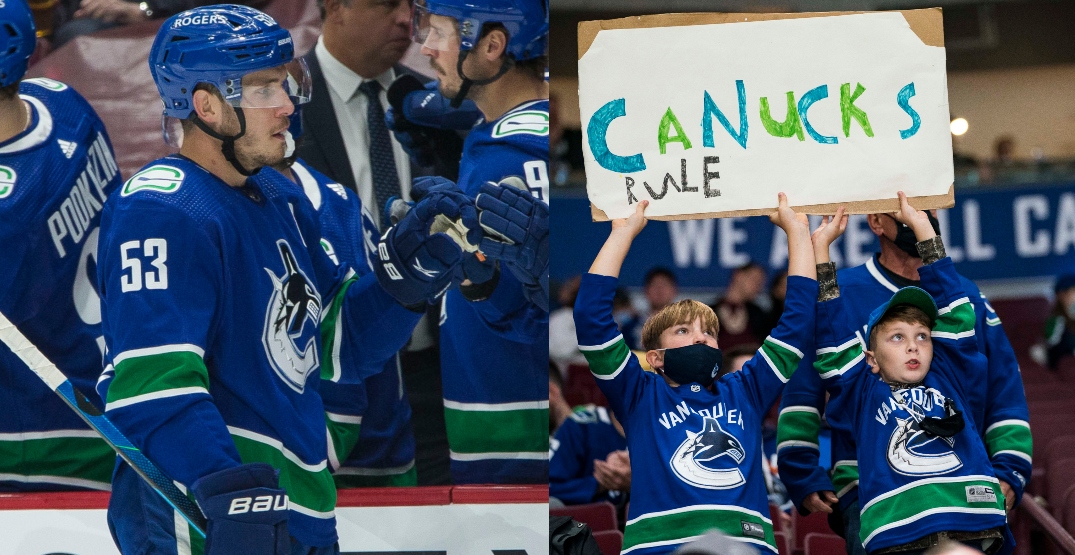 The Vancouver Canucks played a hockey game at Rogers Arena on Sunday, and for the first time in 572 days, it featured fans in the stands.

No other NHL team waited as long as the Canucks to play at their home arena with fans in attendance.

The Canucks had gone a long time without playing in front of anyone in any arena, of course, playing 17 postseason games in empty arenas in 2020, before struggling through all 56 games last season without anyone in attendance at home and on the road.

Canucks fans went home happy, in large part thanks to Horvat, who picked up a goal and an assist in the 3-2 win over the Winnipeg Jets.

“It’s just a relief to have people back in the stands.”

Tickets not for sale

The Canucks are still hopeful that the public health order will be changed once fans are required to be fully vaccinated to attend events in the province on October 24. Their home opener is two days later, on October 26.

But if capacity remains limited at 50%? Well, expect some sky-high prices on the resale market.

The Canucks still don’t have a new DJ, or in-arena host picked for this season.

With Barron S and Tyson Geick not returning, the Canucks are auditioning people for their vacated roles. Expect those jobs to be solidified by the regular season home opener.

Jay Swing, who served as the Canucks’ DJ until he was let go in 2018, is not being considered for the role.

And a new intro song 🎶 pic.twitter.com/ZWtgbRVFW6

The Canucks hit the ice to a new intro song that appeared to draw rave reviews from fans — and that never happens.

No idea if this will be used going forward, but I have to agree, it was tremendous.