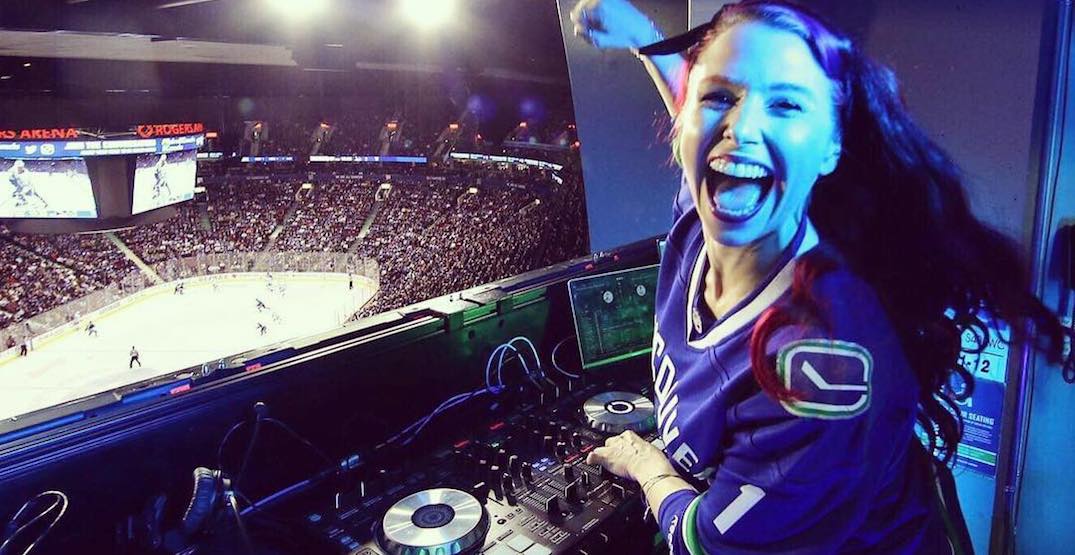 The Vancouver Canucks will have a new DJ playing music inside Rogers Arena next season.

Barron S has announced that she’s leaving her job as music director and in-arena DJ, calling it “one of the most difficult decisions” of her music career.

“As our team began to prep for the coming season, it became clear that creative differences would have prevented me from doing the job the way I would have wanted,” she said in an Instagram post today.

Despite “creative differences” getting in the way, Barron S appears to still be on good terms with the organization, saying that she will still make appearances at The Sports Bar in Rogers Arena.

Barron S took over the Canucks gig in November 2018, becoming the first female DJ in the NHL.

“I can’t help but think these creative differences are perhaps the universe, pushing me to redirect my focus toward my own original music and touring,” she said, adding that her original music project has been “exploding.” Barron S also says she’s creating an hour-long show aimed at demystifying mental wellness.

“Performing for you is like pouring a bucket of dopamine all over my brain,” she said. “This has truly been a life changing experience that I’ll never forget.”

There are a lot of changes coming to the Canucks off the ice.

In-arena host Tyson Geick also recently left the company to pursue a communications job with the Halifax Thunderbirds NLL franchise. Derek Jory has also found new employment, as the longtime Canucks writer and social media guru is no longer with the company, following a 13-year run.

The Canucks have a new president of business operations in Michael Doyle, while COO Trent Carroll is leaving the organization. After letting go most of its staff during the pandemic, the Canucks have been on a hiring spree this summer in anticipation of fans returning to games in Vancouver and the debut of their new AHL team in Abbotsford.