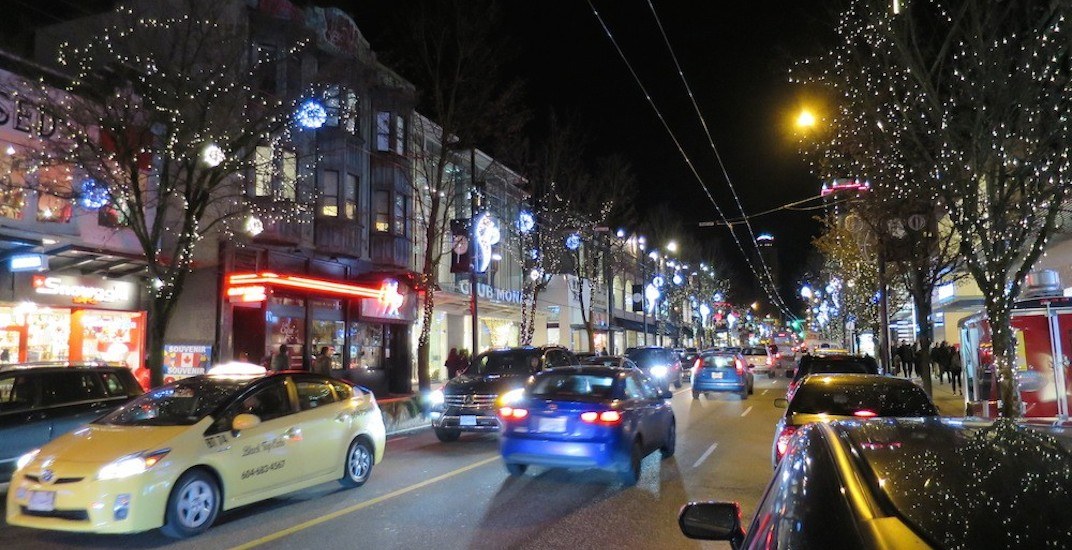 Out with the old, and in with the new. Robson Street continues to evolve, as two retail units that were recently vacated will soon be home to new chains.

According to the Robson Street Business Improvement Association, Miniso will replace the former Body Shop retail unit at 1039 Robson Street – a 2,300-sq-ft space located next to Sephora.

Miniso will take over 1039 Robson Street, which was formerly Call It Spring and The Body Shop. (Google Maps Streetview)

Further into the West End, a 3,000 sq. ft. space at 1148 Robson Street formerly occupied by HMV will become the newest flagship store for Reigning Champ.

The Vancouver-based retailer is known for producing premium athletic clothing and street wear. It currently has three stores, with one location in Kitsilano and two others in Toronto.

Reigning Champ will take over 1148 Robson Street, which was previously occupied by lululemon and HMV. (Google Maps Streetview)

Robson Street continues to be in a state of flux, but there are some signs it could see renewal with its ability to attract new retailers.

This is perhaps most evident with the upcoming opening of the MUJI flagship store later this year on the 1100 block. MUJI is merging two spaces formerly occupied by the Gap and Below The Belt to create a 16,000-sq-ft space that will become one of its largest international stores.