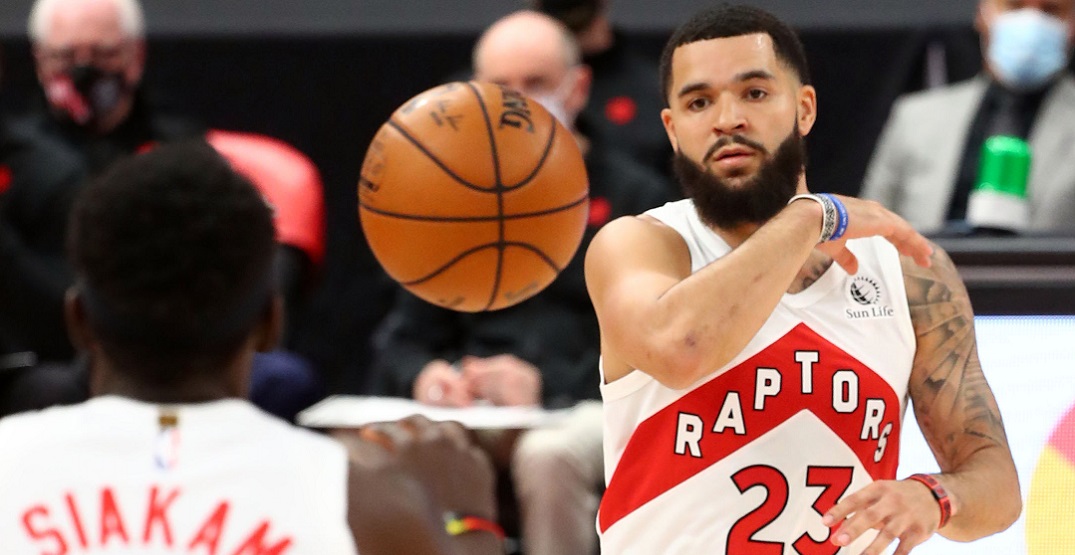 After the departure of Kyle Lowry, the Toronto Raptors have yet again seen a franchise icon leave in free agency, leaving major questions about their starting lineup next season.

But it’s not like there’s bound to be a ton of new faces for Raptors fans to get used to, either.

Based on the team’s current roster, here’s what we can expect to see on the floor this fall for the Raptors:

Veteran leadership is the constant theme of the projected lineup.

While VanVleet, Anunoby, and Siakam likely have starting roles locked up as long as they’re healthy, Chris Boucher and Gary Trent Jr. should see themselves playing on a more rotational basis.

As of right now, the Raptors have 14 players likely to suit up next season, under what we currently know. A new signing will be needed to round out their roster at 15, which could be as simple as bringing back free agent centre Khem Birch.

Goran Dragic carries the most experiences of any of the Raptors’ bench, but he also is the biggest question mark. Projected to be coming over in the Lowry sign-and-trade, there is speculation that Dragic could be flipped to a third team over the offseason. 2020 first rounder Malachi Flynn will be looking to have a strong sophomore campaign after 47 appearances, including 14 starts, in his rookie year.

Banton will likely see most of his playing time with Raptors 905 in the G League but could be on the opening night roster simply to gain some NBA experience.

2021 fourth overall pick Scottie Barnes will probably find his way into the Raptors’ starting lineup soon enough, but it’s unlikely it’ll be for the team’s opener.

Precious Achiuwa, who competed for Nigeria at the Tokyo Olympics after being taken in the first round of the 2020 draft, is slated to come over from Miami alongside Dragic.