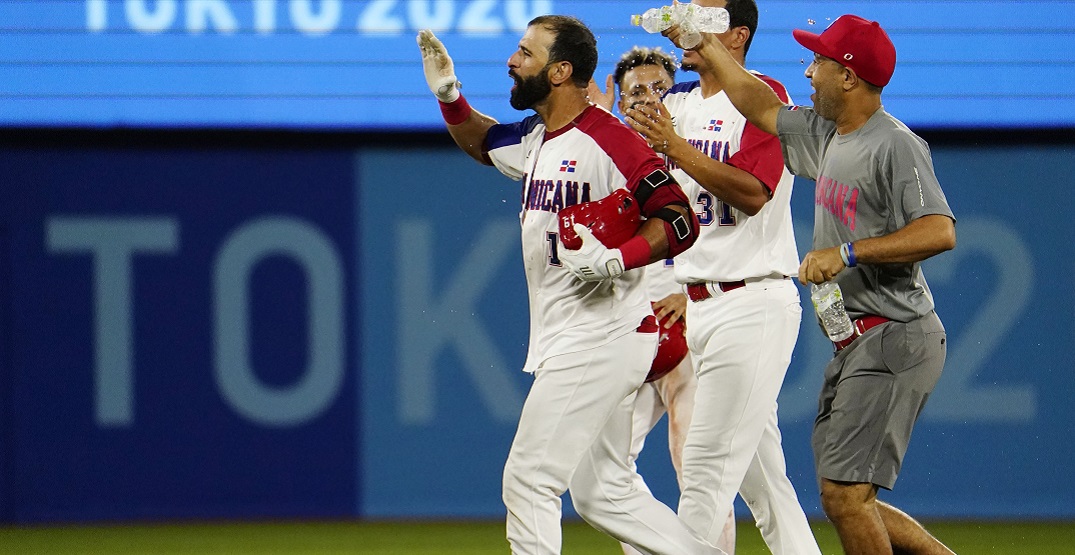 Blue Jays legend Jose Bautista has always had a flair for the dramatic.

Whether it’s his iconic bat-flip after his three-run home in Game 5 of the 2015 ALCS against the Texas Rangers, his 54 home runs back in 2010, or just simply your run-of-the-mill Tuesday game, Bautista has never been one to shy down from the big moments.

In today’s Olympics match against Israel, while competing for the Dominican Republic, the 40-year-old Bautista came up to the plate to drive in the game’s winning run.

With two balls and strikes, two outs, and runners on first and third, Bautista slugged a line drive into left field to give the Dominican team a 7-6 victory.

JOSE BAUTISTA WALKS IT OFF FOR DOMINICAN REPUBLIC!

AFTER BEING WALKED OFF TWICE, THEY TASTE THE OTHER SIDE! pic.twitter.com/L6gFlVPnNY

It was Bautista’s first hit of the Olympics. Bautista was actually filling in for former Toronto teammate Emilio Bonifacio, who left the game after two at-bats with an injury. Bautista also walked and scored a run in a prior plate appearance after coming in during the fourth inning.

Former Blue Jay Danny Valencia also homered in the game for Israel, while ex-Jay Melky Cabrera also added a hit for the DR.