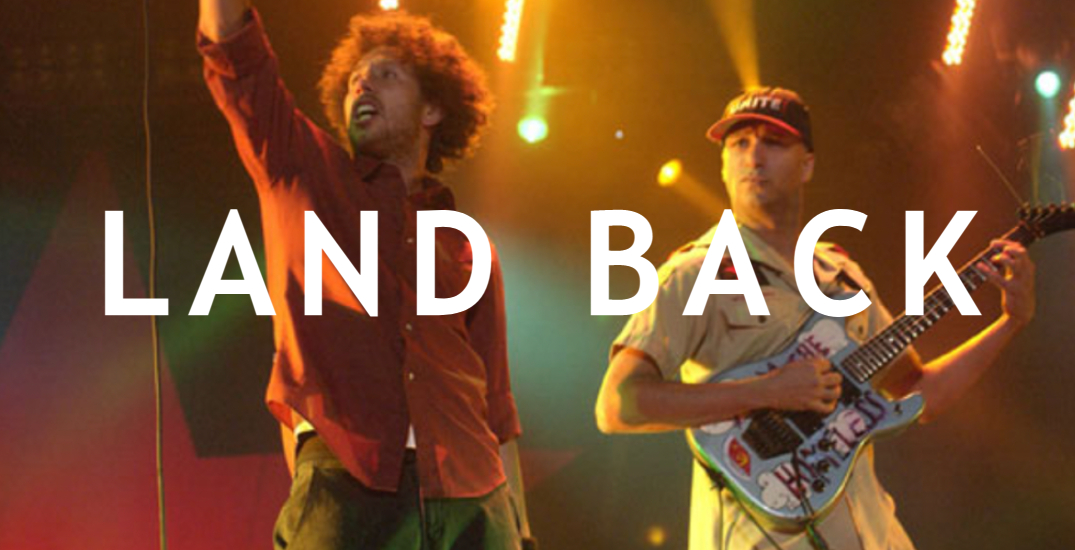 American rock band Rage Against the Machine is currently on tour and performed in Ottawa earlier this week.

It’s on-brand for RATM to make political statements and feature them in their art. This concert was no exception.

Fans flocked to the venue and shared photos and videos of the concert, where the band highlighted the plight and rights of Indigenous Canadians.

A message about the “Land Back” movement and facts about the injustices endured by the First Nations communities in Canada appeared on a massive backdrop as the band performed.

Sudbury-based writer and metalhead Waubgeshig Rice was at the concert and shared a photo on Twitter.

According to landback.org, the movement has “existed for generations with a long legacy of organizing and sacrifice to get Indigenous Lands back into Indigenous hands.”

Harrowing-but-true statistics highlighted in the concert included the tenfold likeliness of Indigenous Canadians being targeted and killed by police in comparison to a white person.

I still love RATM all these years later. Land back, heaux. ✊🏽✊🏽 pic.twitter.com/6Jnm813jGt

Other messages included the phrase “Settler colonialism is murder” in bold, uppercase letters.

Rage Against the Machine also raised awareness about the epidemic of Indigenous women and girls going missing, and often being found dead.

“In Canada, Indigenous women and girls are 16 times more likely to be murdered or to disappear than white women,” one message blown up across the backdrop read.

Late last month, the body of Noelle O’Soup, a 14-year-old Indigenous girl, was found in an apartment in Vancouver, over a year after she was reported missing.

O’Soup’s case adds to a mounting list of Indigenous Canadian women and girls who have disappeared and been found dead later.

Rage Against the Machine performed in Hamilton, Ontario, on Tuesday. Their next stop is Toronto, on July 21 and 23 at the Scotiabank Arena. The band is scheduled to perform in Vancouver, Calgary, Edmonton, and Winnipeg in March next year as part of the ongoing and extensive tour.