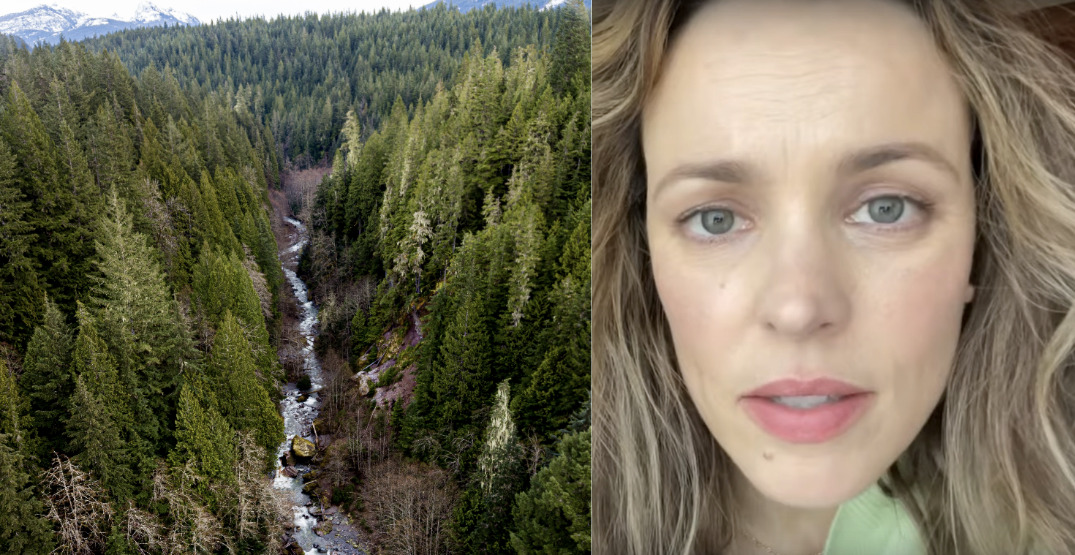 Rachel McAdams is the latest celebrity urging the protection of old growth forests in a recent viral video campaign from the grassroots environmental organization Stand.Earth.

The YouTube campaign is called “The World is Watching,” and Stand.Earth highlights that some of the old growth forests at risk are over 1,000 years old.

McAdams, who was born in London, Ontario, is best known for her work in movies like The Notebook, Mean Girls, and Game Night.

She also co-starred with Mark Ruffalo, another celebrity in this campaign, in the movie Spotlight.

Please defer logging in ALL at-risk old forests. Not in three years, not in three months. Now.

The world is watching 🌎 #OldGrowth #bcpoli

The 30-second video features various voices highlighting the importance of old growth forests, as well as the lack of action and broken promises from Premier John Horgan.

On top of the logging threat facing old growth forests, BC forests at large are currently facing a major risk of wildfires due to extremely dry and hot weather over the last week.

After fires ravaged much of Lytton, the region of Kamloops, BC, experienced its own evacuation order, but fire crews had that fire under control as of late Friday morning, and people are able to return home.

Stand.Earth is asking people to sign a petition urging the BC government to take action. At the time of writing, the petition has nearly 150,000 signatures.