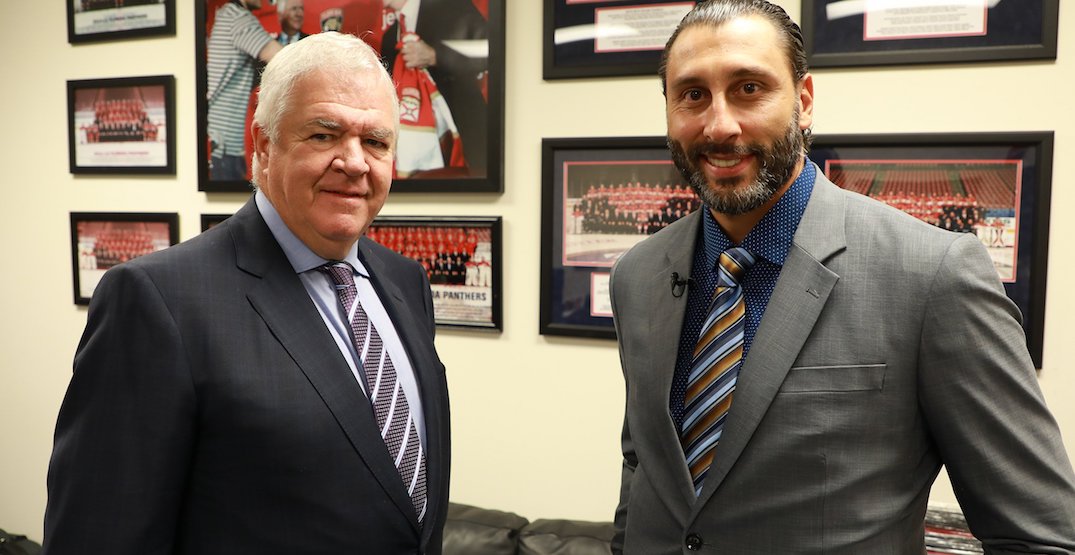 Jim Benning’s job is reportedly safe in the immediate future, but the Vancouver Canucks GM is on the hot seat.

The heat is on Benning after watching this team stumble out to their worst start since the Mark Messier era. For a second straight season, this Vancouver Canucks team has fallen near the bottom of the standings despite having realistic playoff ambitions.

The losing is wearing thin with both the players and the fans.

If the Canucks do decide to make a GM change, here are 17 names to keep an eye on.

After working on the legal side of Canucks operations since 2010, Chris Gear’s role in the organization has recently expanded. Both he and Jonathan Wall (Senior Director of Hockey Operations) had been relied upon as the team’s capologists since Laurence Gilman was fired in 2015. Gear was promoted to assistant general manager in 2020.

If Benning were to go, you’d have to expect that his right-hand man, John Weisbrod, would also be gone. That leaves Gear as the next man up on the depth chart.

One of the Canucks’ first star players has had multiple roles in the organization since his playing career ended in 1991. Reports suggest that Smyl could take over as interim GM if Benning does lose his job.

Sekeres said he was told to look for Stan Smyl to be interim GM if they go that route.

Smyl doesn't really jive with Benning and Weisbrod but since Sedins joined he's back to day to day operations.

His current title is Senior Advisor to the GM & Director of Player Development.

The former Canuck has been working with the organization for eight years in player development. He’s been the general manager of the Utica Comets/Abbotsford Canucks since August 2017.

It’s probably too soon to give Henrik and Daniel Sedin control of the organization, or is it? They already have more NHL front office experience than Trevor Linden did when the Canucks hired him as President of Hockey Operations.

Back in 2018, it was reported that the Canucks were in touch with former Los Angeles Kings GM Dean Lombardi about joining the team’s front office after Trevor Linden’s departure.

Lombardi is currently a senior executive with the Philadelphia Flyers.

The former Canucks defenceman was largely the architect of a Chicago Blackhawks team that won the Stanley Cup in 2010, even though he was demoted one year before they won it all.

He did have some success with the Florida Panthers as well, leading the team to their first division championship in 2011-12. Tallon was nominated for General Manager of the Year in 2012 for his efforts in turning around the franchise.

However, the success in Florida was short-lived, and Tallon parted ways with the organization during the 2020 offseason.

He released a statement to Rangers fans in 2018 stating his intentions to rebuild the team.

Despite building a solid squad, Gorton was fired in May. He currently works as an analyst for NHL Network.

The 62-year-old has already had two stints as an NHL GM. He won a Stanley Cup with the Pittsburgh Penguins in 2009, and most recently was in charge of the New Jersey Devils franchise from 2015 to 2020.

He’s currently a special advisor to GM Bill Guerin with the Minnesota Wild.

Assistant GMs on the rise

One of the darlings in the analytics world, Eric Tulsky has enjoyed a meteoric rise from part-time employee to assistant general manager with the Carolina Hurricanes.

Among assistant general managers, there might not be anyone more ready for a promotion than Chris McFarland.

The 51-year-old spent 16 seasons in the Columbus Blue Jackets organization before being hired by the Avalanche in May, 2015.

There’s nothing to suggest that Avs current general manager Joe Sakic is going anywhere anytime soon. Could MacFarland be looking elsewhere for his shot at a GM gig?

The former NHLer is currently assistant general manager for the Montreal Canadiens. He seems like a potential replacement for Marc Bergevin if things continue to go south for the Habs.

It’s hard to deny the success that Mike Gillis had as GM of the Canucks. Despite the glowing track record, he’s yet to find employment with an NHL team since being fired by the Aquilini’s in 2014.

Looking back, it’s hard to believe that Gillis’s tenure was shorter than Benning’s.

In July, Gillis was hired by the NHLPA as a consultant.

The former Canucks netminder has been an NHL analyst for years, but he recently interviewed for the Penguins’ vacant GM position back in February.

Wouldn’t this be a poetic reunion?

The winningest netminder in Canucks history recently got his feet wet as a general manager, when he assembled Team Canada’s winning squad at the 2021 World Hockey Championships.

Outside the box candidates

Ray Ferraro has been an NHL broadcaster for nearly two decades, but has expressed some interest in moving into a management role.

Id be interested for sure, but lots of factors including I love what I do now https://t.co/czuMTwDCdt

The BC native has been highly critical of Canucks management over the years on both television and local sports radio.

The NHL is overdue for a female general manager, and Cammi Granato is one prominent candidate who could smash through the glass ceiling. Granato was named the NHL’s second-ever female scout when she joined the Seattle Kraken organization back in 2019.