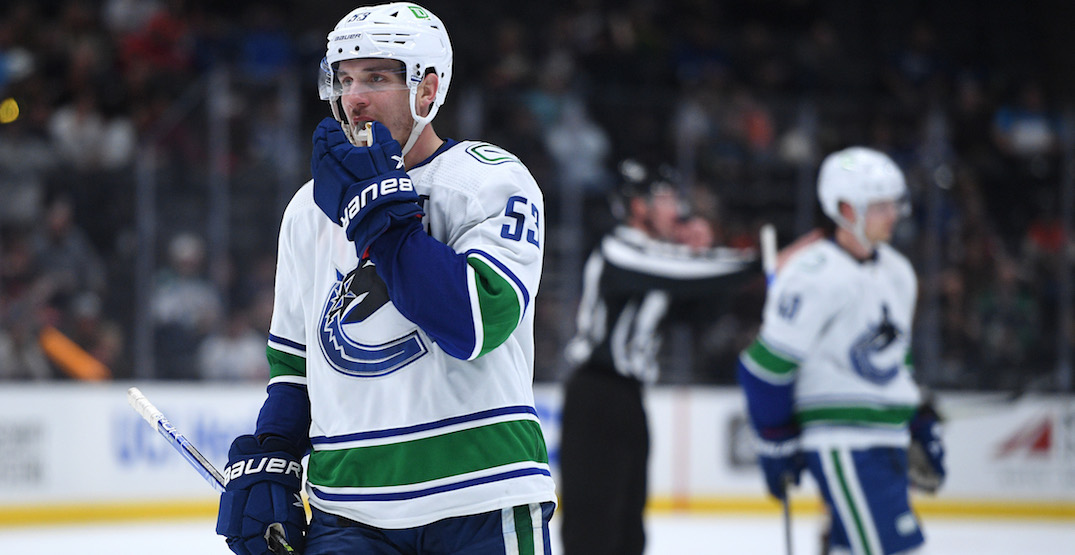 The Vancouver Canucks were terrible last season, and they were bad right away.

Somehow this season, with a 5-9-2 record, they’re even worse.

Offseason improvements haven’t helped, as the Canucks have just 12 points in their first 16 games, which is the same number they were at after 16 games last season. Given the Canucks have fewer wins (5) than last season (6) at this point, their record is actually worse this season.

You have to go back all the way to 1997 — the first year of the Messier era — to find a Canucks team that started worse than this one after 16 games.

In Year 1 of the Messier era, the Canucks were 3-11-2 after 16 games. That was in an era before teams could secure extra points in shootouts or three-on-three overtime, and loser points weren’t yet a thing in the NHL.

The Jim Benning era is giving it a run for its money, though.

The heat has been on Benning for years, and now it’s on Travis Green too.

This is the eighth season of Benning’s tenure, and his record as GM speaks for itself. Only Ottawa, New Jersey, Detroit, Arizona, and Buffalo have worse records during that span. The Canucks have missed the playoffs in five of the last six years.

The team has underperformed this season, particularly on special teams, and that falls on the coaching staff. Vancouver’s power play currently ranks 25th in the NHL. Their penalty kill is dead last.

In fact, if the Canucks don’t improve their 62.3% PK efficiency, they will finish with the worst penalty killing percentage in NHL history.

NHL insider Jeff Marek wondered aloud on Hockey Night in Canada this weekend if Benning or Green’s jobs were in jeopardy. He referenced Canucks owner Francesco Aquilini being on the road trip.

Marek qualified this by saying trip was “pre-planned” but “#Canucks owner is on road trip” was the first topic brought up on 32 Thoughts intermission segment.

Referenced Benning being on last year of his contract and Green having one year remaining on his deal.

On Sunday, Sportsnet’s Iain McIntyre said that Aquilini stayed in Las Vegas to watch Sunday night’s NFL game in Sin City rather than travel with the Canucks to Anaheim.

It’s hard to blame him.

Contractually, it makes sense to change the general manager before the coach — as Green is under contract until the end of next season, while Benning’s contract is only guaranteed until the end of this season, according to Marek.

Both should be on thin ice, and the next general manager should pick the next coach.

Will it happen? With this team, who the heck knows? Benning has been able to survive an incredible number of losses since he was hired in 2014.

This year was supposed to be different. Management and ownership publicly said they expected to be a playoff team — not a Stanley Cup contender, because the bar is that low.

Elias Pettersson and Quinn Hughes are now being paid like stars. They’ve loaded up, trading first-round picks away in consecutive years.

They’ve pushed all in, and this is what they have to show for it.

Bo Horvat said it best after Thursday’s debacle: “We should be embarrassed.”