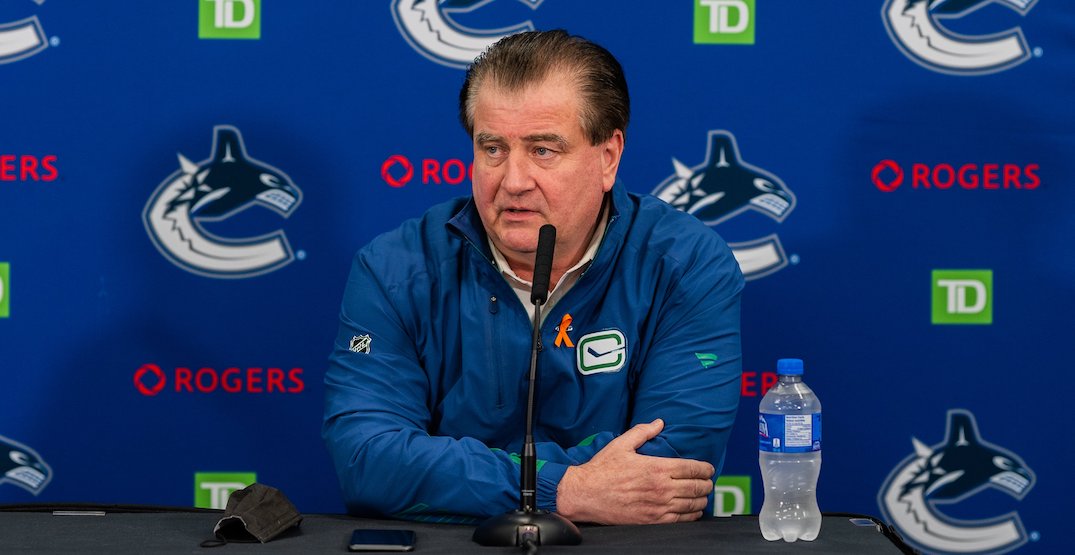 If you’re waiting for someone to get fired, keep waiting.

After a 5-9-2 start — their worst start to a season after 16 games since 1997 — the Vancouver Canucks are in a crisis. They’ve lost four straight games, which includes giving up 19 goals-against on their most recent three-game road trip.

There are loud calls from fans and media for the Canucks to change their general manager, as Jim Benning is in his eighth season in charge. There are also now calls to move on from Travis Green, as he’s in his fifth year as the team’s head coach.

On Hockey Night in Canada, Jeff Marek reported that Francesco Aquilini was on the team’s road trip and wondered if that may be a precursor to making a change. It turned out that the Canucks owner skipped the final game of the road trip to watch an NFL game in Las Vegas, as reported by Sportsnet’s Iain McIntyre.

Now back home in Vancouver, Elliotte Friedman of Sportsnet reported that a meeting was taking place this afternoon between Aquilini and Benning. TSN’s Darren Dreger has confirmed that the meeting took place, but reported that we shouldn’t expect “drastic off-ice changes.”

Canucks GM, Jim Benning met with ownership today to discuss Vancouvers early season challenges and how the group can be better. Don’t expect drastic off-ice changes. For the moment, the plan is to remain patient and continue to work with the team and personnel.

It seems the plan is to remain patient, which is what the team has been preaching for the better part of eight seasons.

It’s still early enough that the Canucks could recover, though the way they have played so far is alarming. Given it’s coming on the heels of a disastrous season, and within the context of the Benning era which has produced one trip to the playoffs in the last six years, you have to wonder how much patience ownership has left.