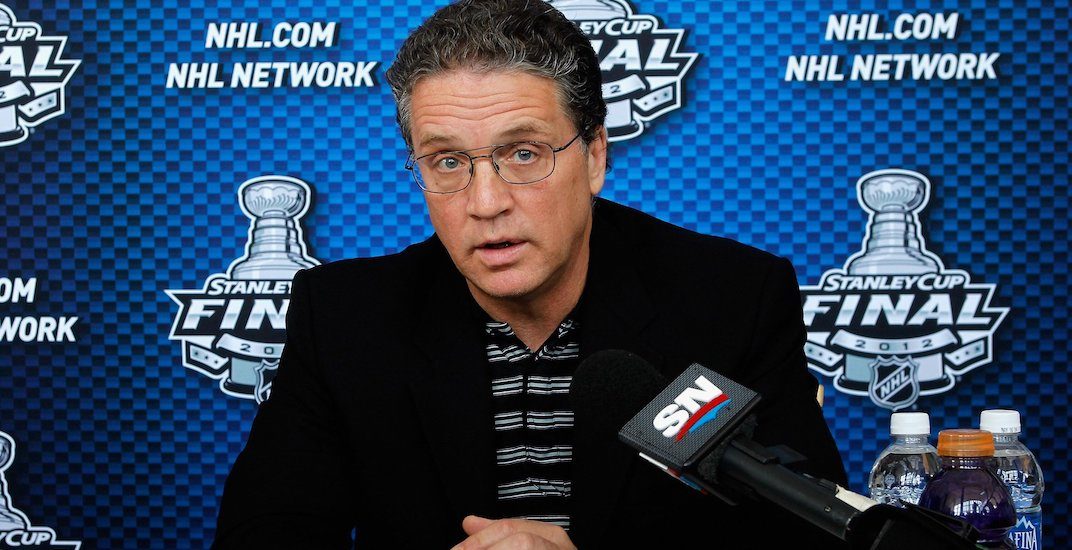 There’s been no shortage of rumours regarding the Vancouver Canucks’ front office ever since the team “amicably” split ways with Trevor Linden last July.

Without a believable explanation, most observers have concluded that Linden was fired, and speculation has filled in the blanks as to the reason why.

Next up in the rumour mill was who, if anyone, would replace Linden as president of hockey operations.

One of the first names mentioned was Dean Lombardi, who Sportsnet’s Elliotte Friedman reported was a “serious contender” for the job last year.

Lombardi, who is currently serving as a senior advisor with the Philadelphia Flyers, won two Stanley Cups while serving as general manager and president of the LA Kings from 2006-2017. The 61-year-old also had success as GM of the San Jose Sharks from 1996-2003.

So his resume is extensive.

But apparently, that doesn’t mean that Canucks owner Francesco Aquilini has ever spoken to him.

I want to correct erroneous media reports that I tried to hire Dean Lombardi. In fact, I've never spoken to Dean Lombardi in my life.

It’ll be interesting to see what the Canucks do in the coming months, as Jim Benning has just one year left on his contract. Since Linden’s departure, their front office has been light on bodies too.

It might make sense to bring in another assistant general manager to work under Benning, or the team could hire a Linden replacement to be Benning’s new boss.

One name that has made the rounds is Ken Holland, a native of Vernon, BC and longtime executive with the Detroit Red Wings who was just replaced by Steve Yzerman as general manager. But would the Vancouver job appeal to him?

Expect the Benning whispers to increase in volume until he gets a new contract.

The Canucks have missed the playoffs in the last four of Benning’s five seasons in Vancouver. He has signed one contract extension already, getting a two-year deal in February 2018.