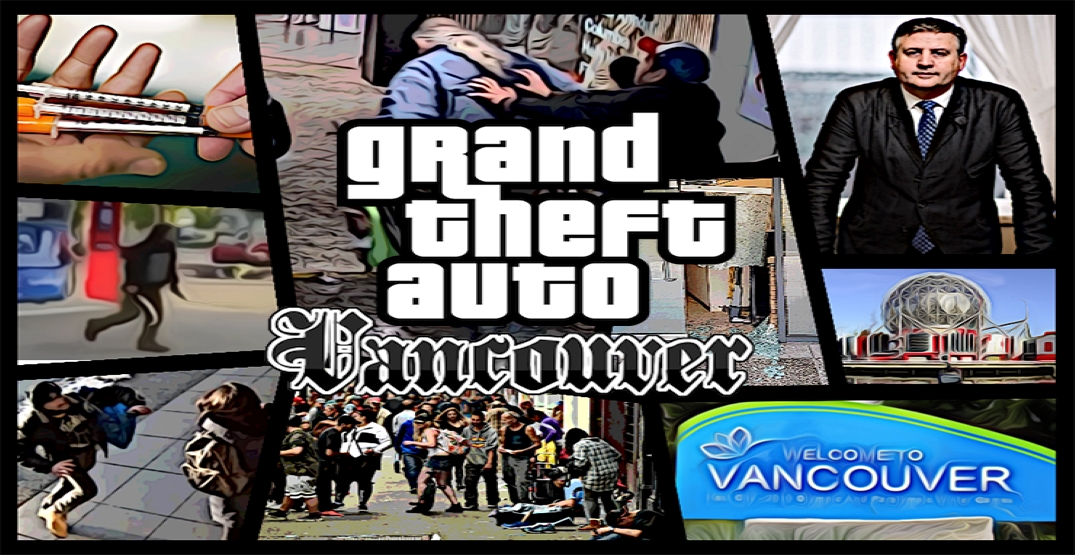 Written for Daily Hive by Mauro Francis, a candidate for Vancouver City Council with the NPA in the upcoming civic election. He was born and raised in East Vancouver and is the Executive Director of the South Vancouver Community Policing Centre. He is also a mentor at the East End Boys Club which provides support for at-risk youth.

Vancouverites are no strangers to broken glass in storefronts and needles on the sidewalks. As someone born and raised in East Vancouver, I’m used to that. It’s always been a fact of life across the city.

But something has changed. What was once a fact of life has morphed into a storm surge of crime that’s taking over our city and it’s time for us all to wake up to it.

The situation has worsened to the point that retailers can’t insure their glass windows and people can’t walk the streets without risking of random and unprovoked attacks.

We cannot allow this to become our new normal.

Let’s take a moment to appreciate the changing culture for our children. Students shouldn’t have to feel unsafe walking to and from school, but many parents are now wary of their children walking our streets no matter what time of day it is.

Most recently, we witnessed the random stabbing at an Esso.

Witnesses and video captured a man, in broad daylight, walking up to an injured pedestrian with two bladed weapons and stabbing him in the back and the neck.

You expect this kind of incident in a Grand Theft Auto game, not an East Van gas station at 6:30 am.

Women have also especially been targeted, as demonstrated by the New Year’s Eve attack, when a man threw a woman against a wall and then held her down, right in front of the Hotel Georgia.

And if those incidents aren’t bad enough, just ask the Vancouver police. Their own data shows violent crime growing by 12 per cent compared to pre-pandemic levels, with serious assaults up 36 per cent.

Clearly, this is not normal.

Where is our mayor in all this? Kennedy Stewart gaslights Vancouverites when he says “I do think Vancouver is safe, it’s one of the safest cities in the world.”

Tell that to the person who was pushed down the stairs at a SkyTrain station.

He simply hasn’t taken this issue seriously enough. After the New Year’s Eve incident, he said the city was doing what it needed to keep people safe.

Kennedy’s failing leadership has cascaded into a lawlessness that has victimized not just people walking the streets, but the small businesses that operate on them.

Break-ins, theft and destruction have become a common sight in Vancouver, specifically downtown.

Business owners spent two years fighting to keep their businesses open amid the Covid-19 pandemic. Just when they thought it was over, they found themselves facing even more financial burden.

Whether it be the constant replacement of storefront windows, to break-ins wiping out their inventory, our business owners aren’t convinced that this city welcomes and values them.

No one wants to lose the small businesses that bring character and community to our neighbourhoods.

I truly believe Vancouver is reaching a critical point, and the upcoming municipal election represents one of the most important choices we’ll make for our city in a lifetime.

The choice is pretending we’re the safest city in the world, or recognizing that the streets have become hostile places for businesses and residents alike.

Are we ready to do the work to change that? I am.

This year I put my name forward to run for City Council with the NPA. The voices of Vancouver residents echoing their concerns at the rapid deterioration of our city have only become louder and they deserve to be heard. I’m doing this for my community and my family, but my decision is ultimately rooted in my love for this city.