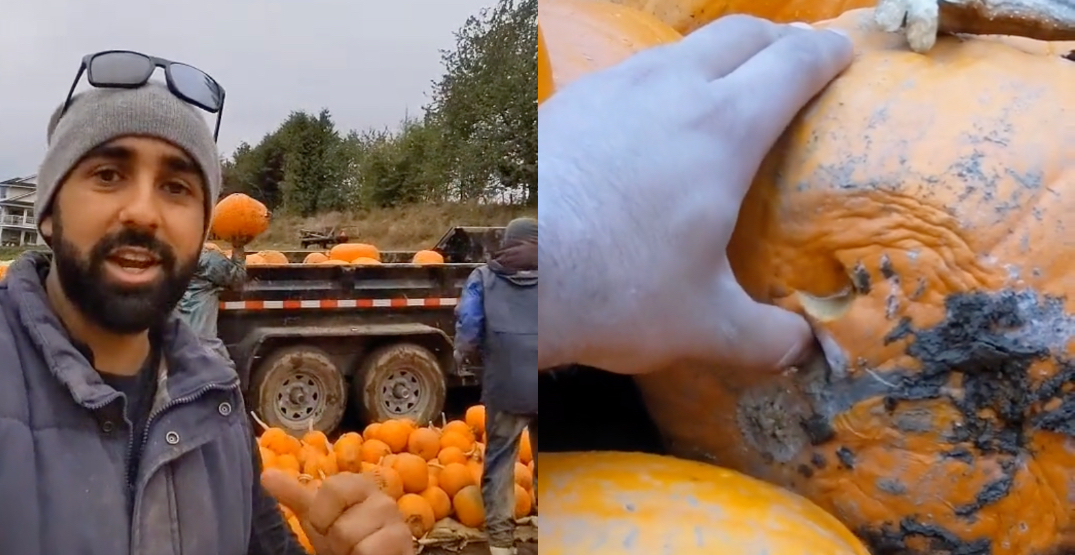 One of Metro Vancouver’s most popular pumpkin patches has been devastated by rot, but there’s some gourd news too – there are still thousands of pumpkins left to enjoy this fall.

Maan Farms posted a video to social media on Saturday, October 2 with Farmer Amir Maan giving the lowdown on what happened.

“We actually have to remove almost 50% of the pumpkins from the pumpkin patch this year,” he said in the video. “It’s a big devastation. Disaster, you could say.”

According to Maan, rain, humidity, and fusarium fungus caused many of the pumpkins to rot. In the video, he shows how the bottom of one pumpkin became so soft he was able to push in his thumb.

Now, they’ve laid some corn down underneath the healthy pumpkins to help keep them dry. Maan said that the pumpkins removed from the patch will be composted and given to other local farms with animals who can eat them.

“We live in one of the most beautiful and wet parts of North America. As a farmer, I’ve always had an uphill battle and I will continue to do so as the years progress,” wrote Maan in an Instagram post.

Maan Farms is open every day from 9 am to 6 pm for pumpkin season. At night, the brave can try their haunted corn maze adventures.

“I am confident that the patch will look just as beautiful and full as every other season before. It’s going to be a beautiful fall and I am excited for you all to visit.”