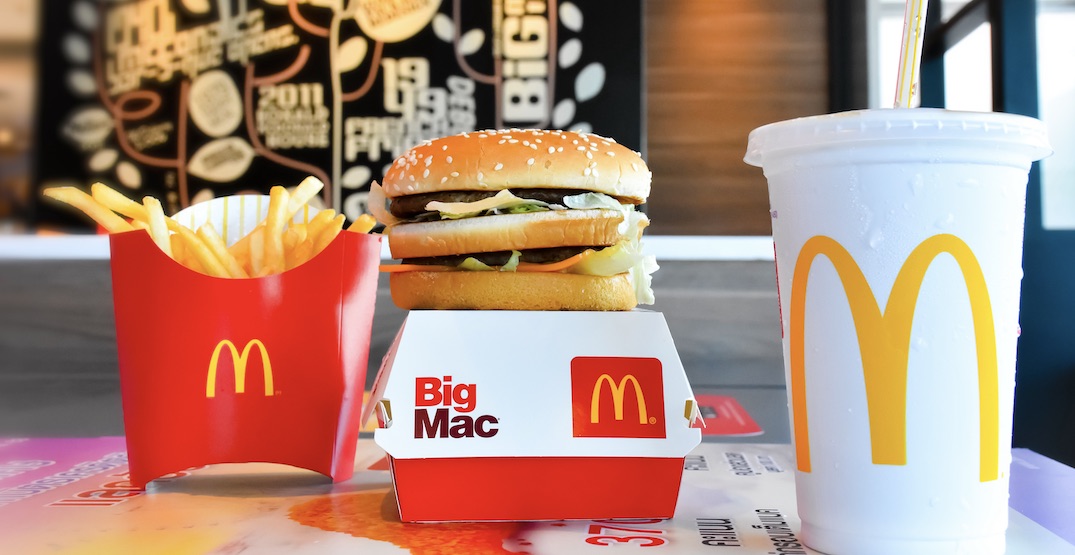 We have some news that’s certainly not going to have many BC fast-food fans McLovin’ it.

McDonald’s Canada has confirmed to Dished Vancouver that recent severe weather in the province has resulted in supply shortages for some ingredients used by the brand.

This means some top menu items such as nuggets, Big Macs, hamburgers, and cheeseburgers could be temporarily unavailable to customers, depending on where they head to get their McDonald’s fix.

Over the weekend, social media users reported some signature McDonald’s menu item shortages at BC locations.

This Twitter user confirmed they snapped this image at the McDonald’s located at 1965 Powell Street in downtown Vancouver, where they were out of ice cream, shakes, apple pies, and all breakfast items at the time.

Another McDonald’s in Vancouver was out of poutine, hot chocolate, and bacon strips.

A Daily Hive reader submitted a photo of this sign posted at McDonald’s on Luckakuck Way in Chilliwack.

The message reiterated what McDonald’s Canada confirmed to us directly today, that due to the weather in BC and major highways closures, the restaurant group was indeed experiencing ingredient supply shortages.

The entire breakfast menu, nuggets, Big Macs, McDoubles, cheeseburgers, milk, juices, and milkshakes were not being offered at this particular McDonald’s in Chilliwack on Monday. 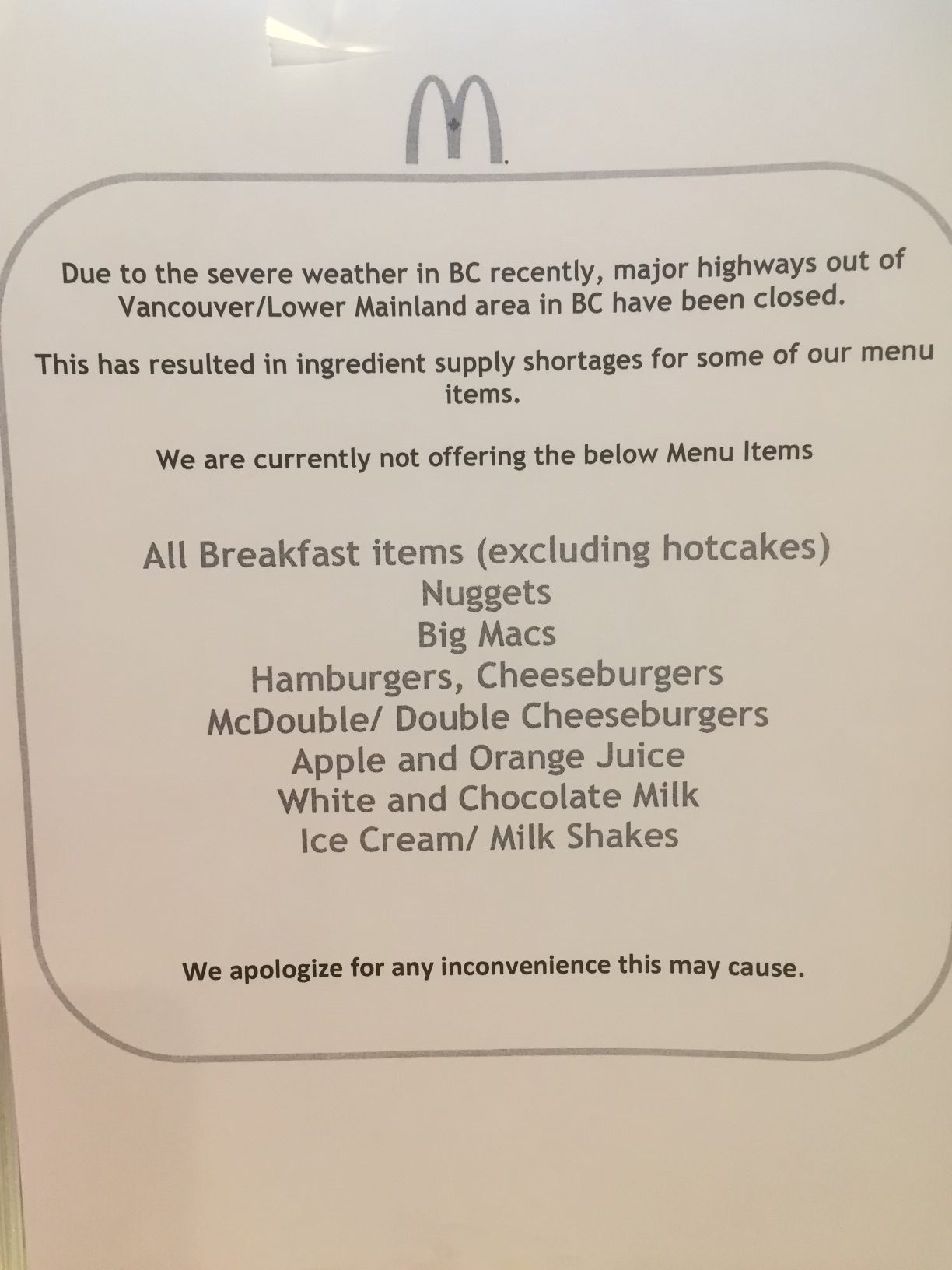 McDonald’s Canada acknowledged some items “may be temporarily unavailable” at restaurants in BC but did not specify which areas in the province were affected, nor did they provide insight about when shortages would be resolved.

Over the past week, BC shoppers and restaurant goers have been met with empty shelves and missing menu items at eateries after major shipping routes were severed.

The flooding and accompanying road washouts also prompted the BC government to issue a gas rationing plan amid a shortage, where drivers are limited to 30 litres of gas per fill.