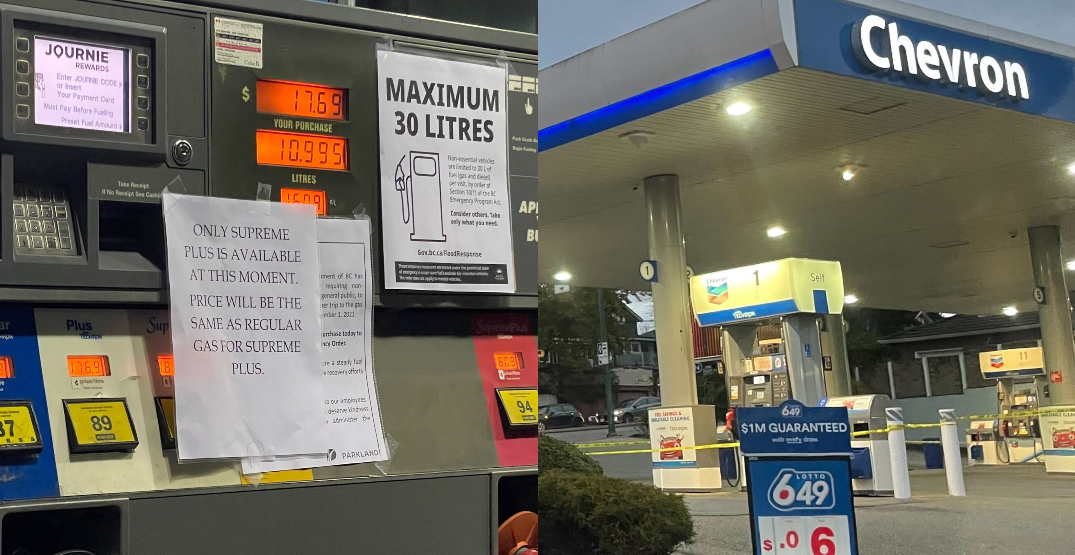 Since Friday, November 19, a provincial order to restrict gas for non-essential drivers in parts of the province has led to pain at the pump.

For a period of about ten days, non-essential drivers are limited to filling up 30 L at a time. The province has urged British Columbians to conserve gas where they can by using alternative transportation.

Enforcement of the order is based mostly on the honour system with Public Safety Minister Mike Farnworth saying that “the majority of people will do the right thing.”

The province said it’s going to work with gas retailers and distributors to make sure that the remaining gasoline reserves last and the order is expected to remain in effect until December 1, 2021.

In the Lower Mainland, news of the restrictions led to what seems like a run on gas in some places with reports of sold-out gas stations.

On Twitter, users shared photos and messages about sold-out stations wrapped up in yellow tape, long lines, and people even filling up jerry cans.

Walked 10 km on the Westside of Vancouver & all the gas stations were out of gas.
For those of you who protest the twinning of the 60+ year old gas pipeline from AB to Vancouver, think about what would happen if that old pipeline was ever compromised… pic.twitter.com/EKkVsEkswF

Got lucky, 94 gas for price of regular, after going to one that ran out of premium. pic.twitter.com/66QFCcb3kc 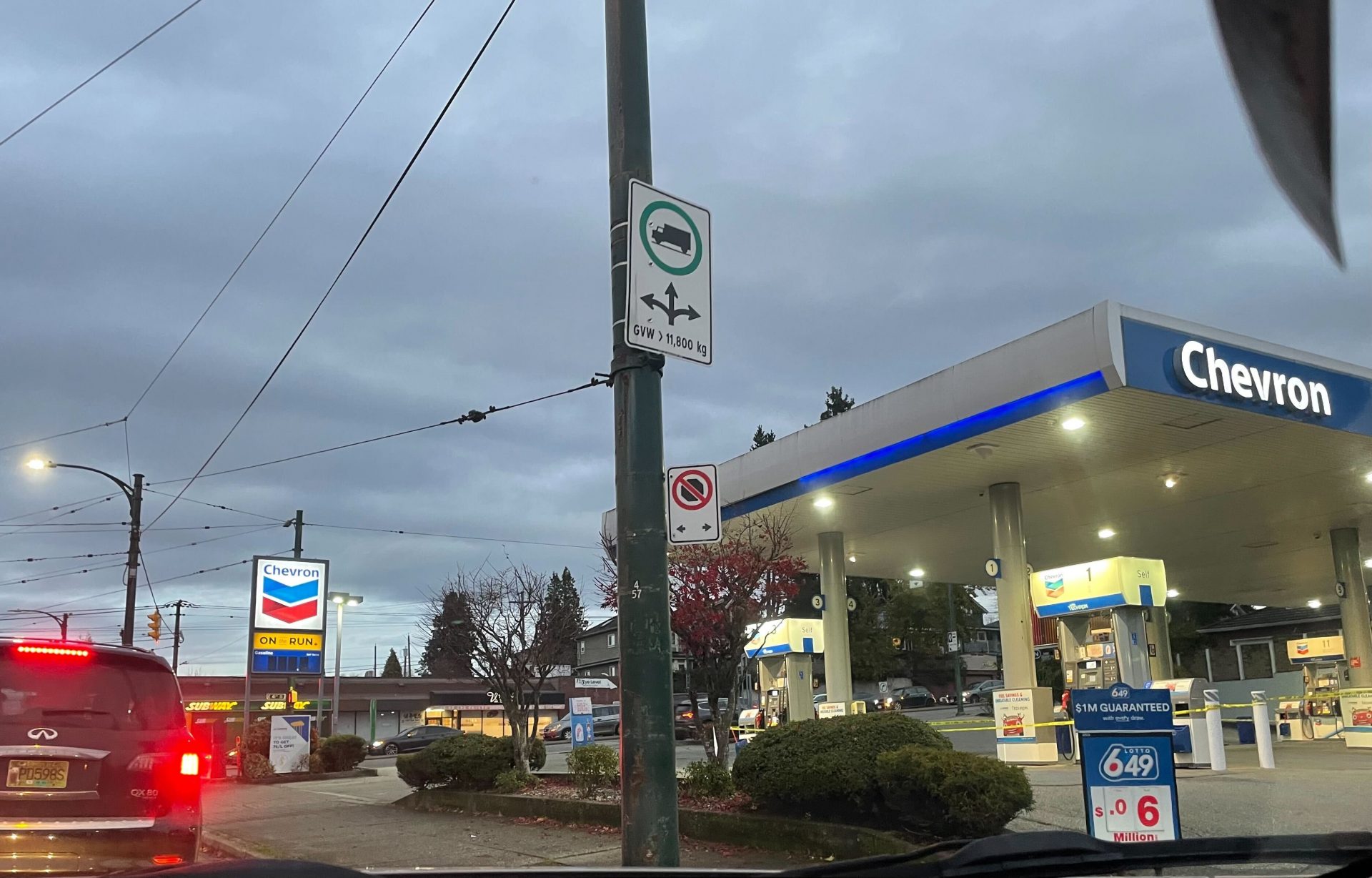 The Cenovus Group, who runs Husky Gas, in a statement told Daily Hive that the “current road closures, delays and increased travel times, combined with an increase in demand from what appears to be panic buying, is making it difficult to keep sufficient product at our sites.”

“Our logistics team is working hard to try to ensure adequate supplies,” they said.

Daily Hive reached Shell and Petro-Canada for additional information and will update this story.