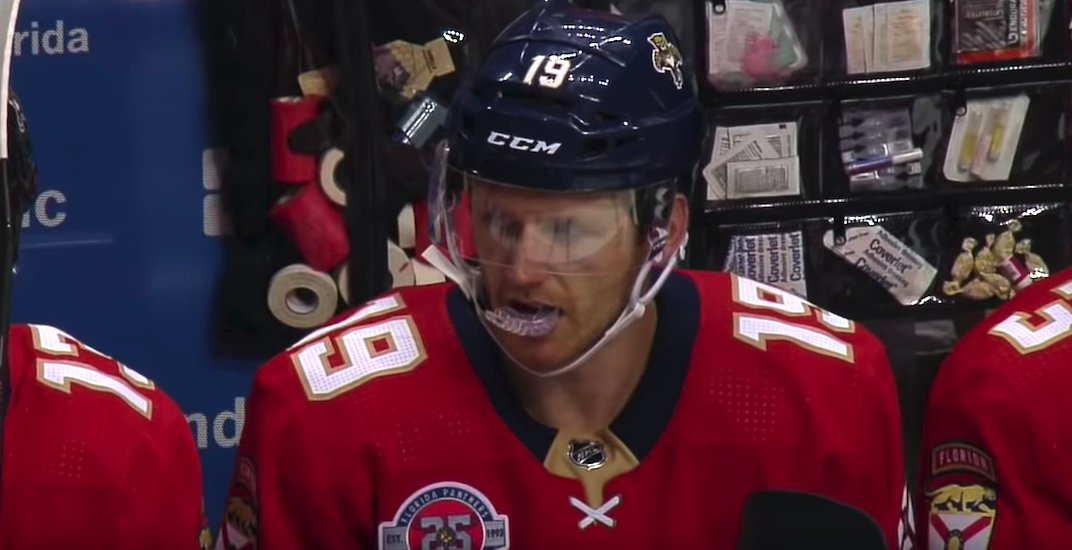 Calling it “interference and unsportsmanlike conduct,” the NHL’s Department of Player Safety has answered the calls of many.

“Well after the puck is gone and after his natural hitting motion has stopped, Matheson intentionally and dangerously slams Pettersson directly into the ice,” the Department of Player Safety explained. “This is interference and unsportsmanlike conduct.”

The initial hit was legal, but the league rightly had a problem with Matheson’s throw-down after the puck was gone. Matheson will forfeit $52,419.36 in pay for the games he will miss.

While the Canucks will certainly be pleased that Matheson was punished, it doesn’t help their team much. Pettersson has a concussion and will miss at least one week – maybe more.

“I’m really upset. Still am,” head coach Travis Green told reporters after practice on Monday. “We lost a bright young player to an injury that I don’t think was necessary. I’m pissed off right now, still talking about it.”

Many fans were angry that the Canucks didn’t seek retribution of any kind following the hit – despite winning the game 3-2. Green said he was proud of how his team handled the situation – keeping their composure and finding a way to win – though he said the coaches and players didn’t see precisely what happened to Pettersson until after the game.

“I’m as mad as many fans about this, with what happened,” said Green. “But I do stick by what happened the other night.”