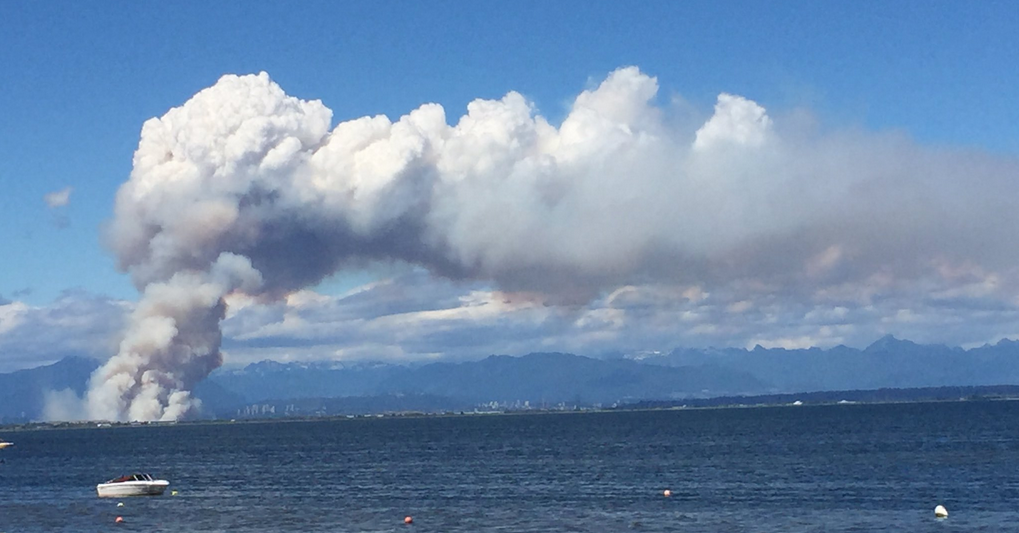 Crews are fighting a massive fire in Delta’s Burns Bog.

There is no word yet as to how the fire, which has now grown to 10 hectares in size, started.

Highway 17 between Highway 99 and Highway 91 is closed in both directions, according to Drive BC.

The BC Wildfire Service was called in to help local firefighters. Dozens of fire personnel, a helicopter, and airtankers are all working to put out the fire.

Airtankers from BC Wildfire Service trying to get Burns Bog fire under control. Dumping retardant on blaze @GlobalBC pic.twitter.com/93EZVUU8tP

#BREAKING: A second transmitter tower is now on fire at Burns Bog in #Delta. Crews working quickly to knock it down. pic.twitter.com/6VItGHVQ1s

Looks like a giant fire has broken out near Lougheed mall! Hope everything is ok! @VancityBuzz pic.twitter.com/BFfnyJSxQV