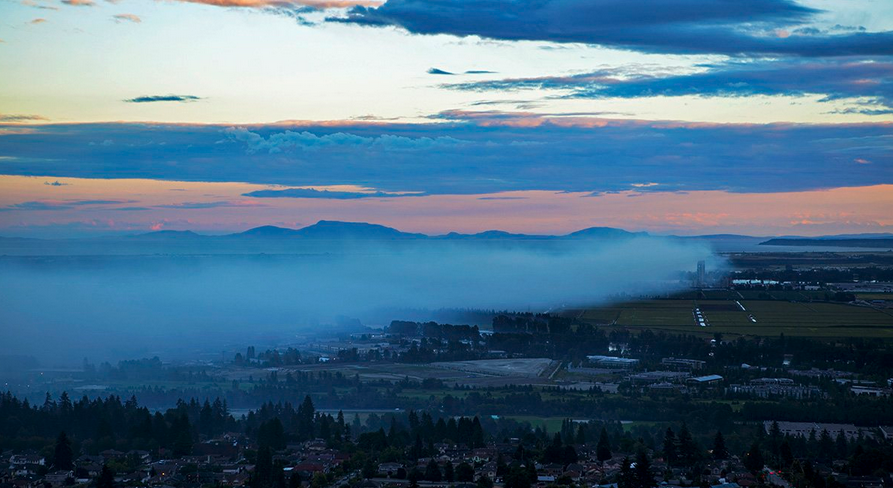 While the Burns Bog wildfire continues to rage, the city of Delta says the evacuation order for the Tillbury Industrial Area has been scaled down.

Businesses along Progress Way between 76 to 80th Streets are under an evacuation order, and the city of Delta notes that it could change at any moment given the unpredictable nature of the fire.

As of midnight, River Road has reopened, but Highway 17 is closed from Highway 99 to Nordel Way.

The fire is spreading quickly – as of 10 pm Sunday night, it had grown to over 70 hectares, and fire crews predict that it will be a week before the fire is extinguished fully.

The peat moss can make extinguishing the fire difficult. Back in 2005, a massive fire at Burns Bog destroyed 200 hectares of land and took over a week to put out.

More than 100 firefighters from around Metro Vancouver and with BC Wildfire have been battling the blaze on the ground, with tankers, and with helicopters.

Burns Bog is around 3,000 hectares (30 km2) in size, and is the largest undeveloped urban landmass in North America. It’s roughly eight times the size of Stanley Park.

While smoke can be smelled across the region, Metro Vancouver has yet to issue an air quality warning for Delta and the surrounding cities.

The City of Delta will provide an update on the fire this morning.

Can barely see anything past Vancouver, Delta is just a smoke haze!! #BurnsBogFire pic.twitter.com/oo9bC6U2bG

The smoke from the #BurnsBogFire has most certainly reached other parts of Metro Vancouver.

Woke up in a panic smelling smoke. Thanks #Vancouver tweeters for letting me know Im not crazy #BurnsBogFire

Who else woke up thinking their building was on fire? Smoke from #BurnsBogFire has drifted into downtown Vancouver, strong smell in air.

Awoke at 4 in #Vancouver westend to awful smell like rubber burning and smoke. #BurnsBogFire https://t.co/vnhGz8kv3k

How is there no public health advisory for air quality in Vancouver atm? Huge smoke smell and having trouble breathing. #BurnsBogFire

Awoke to the smell of smoke in Kits. #Vancouver #BurnsBogFire

Gross smoke smell from #BurnsBogFire all the way in Vancouver.

No sir the smell of smoke is not from your bbq that you had 9hours ago. Wind brought the ashes and smoke downtown #Vancouver #BurnsBogFire

#BurnsBogFire woken up by smoke in our home..the wind has shifted the smoke into #Vancouver

Strong smell of smoke from the #BurnsBogFire in the lower lonsdale area. Hoping for some more of that timely rain. #NorthVan 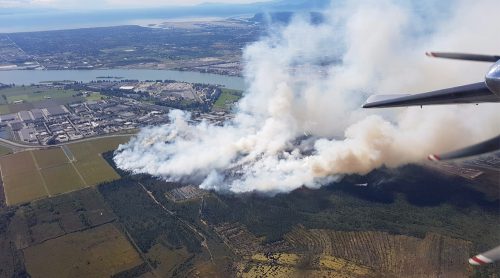 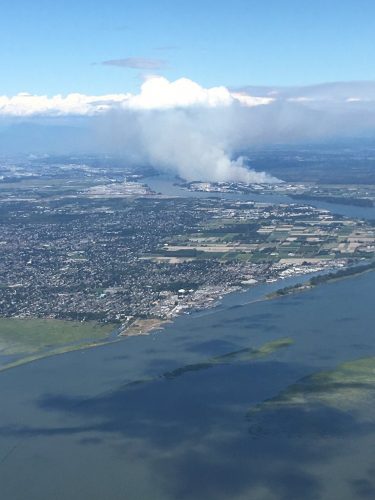 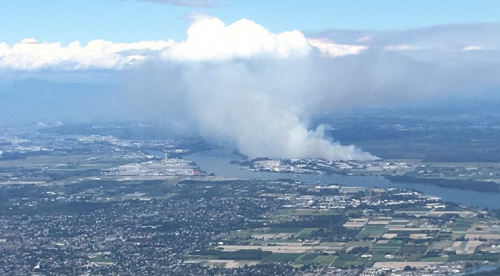 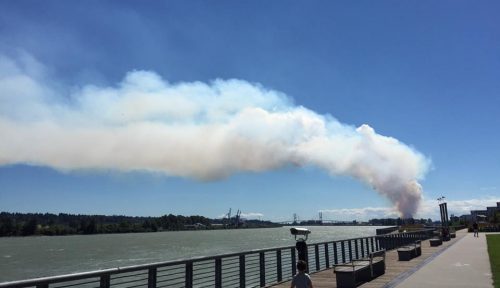