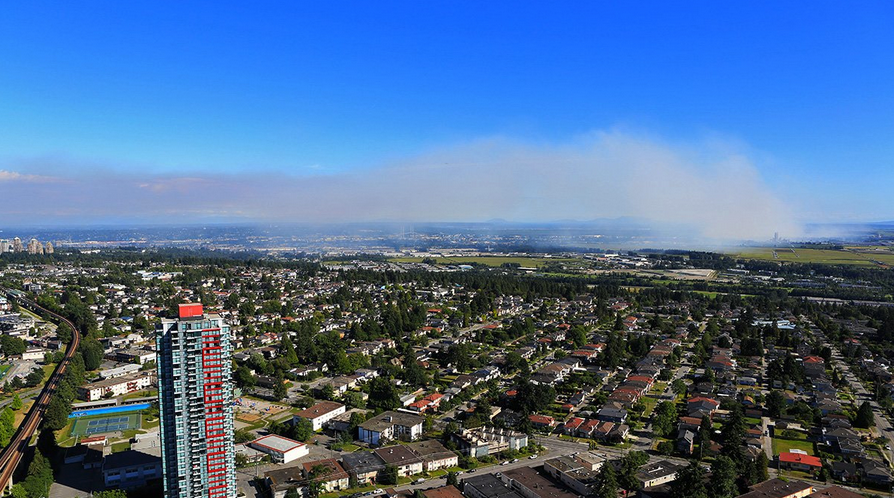 Some good news this afternoon as officials have announced the Burns Bog wildfire is currently 50% contained within the 78 hectares – and because of the quick action taken by firefighters, the fire hasn’t gotten under the peat, which could have caused it to spread further.

The Tilbury Industrial Park evacuation order will be lifted at 8 pm today, Delta Police Chief Neil Dubord said, and power will be restored around 10:30 pm.

Dubord also said that Highway 17 between the 99 and 91 Connector will remain closed for several days, likely until at least Friday, allowing firefighters easy access and ensuring that drivers aren’t on an obstructed road.

Eighty firefighters are still working to extinguish the fire, Delta Fire Chief Dan Copeland said, which they’re hoping to have fully contained by the end of today or Tuesday morning. While erring on the side of caution, he did say it could take seven days to fully extinguish.

Officials will be working with a team of investigators to find out the source of the fire, and they’ll be consulting with a committee after to see if it’s possible to bring the area affected back to life.

Metro Vancouver has yet to release an air quality warning, but conditions continue to be monitored.

“It really is quite an amazing sight to look at,” Delta Mayor Lois Jackson told reporters Monday afternoon after taking a helicopter tour of the site.

An aerial look at the Burns Bog wildfire on Sunday, July 3 (BC Wildfire Service / Twitter)